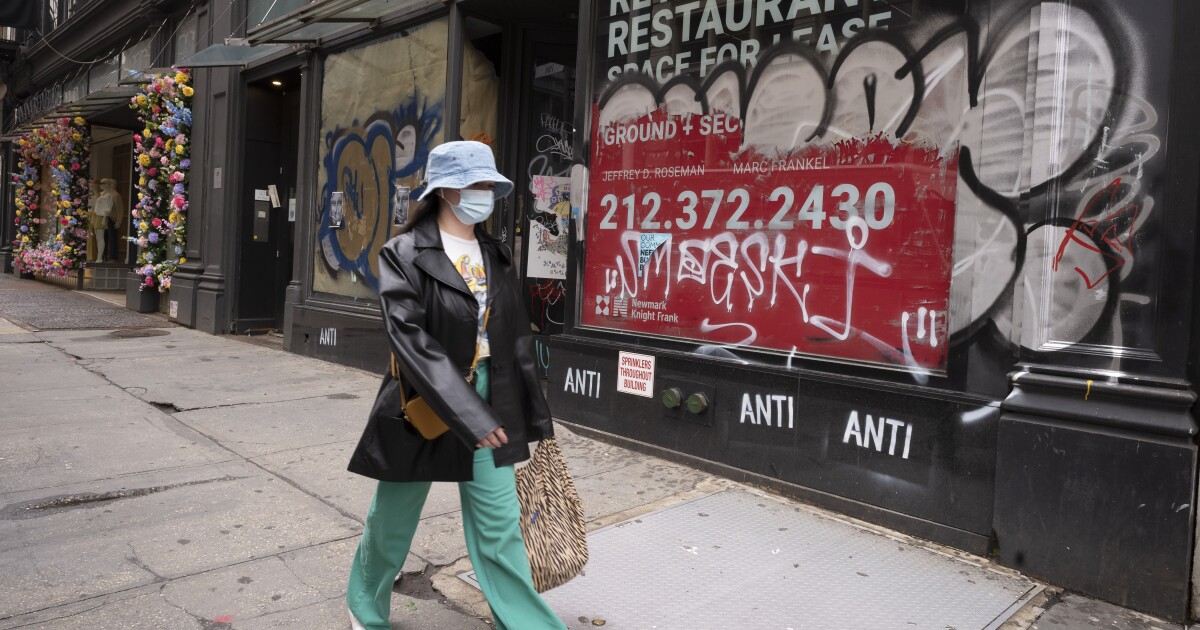 New York small business owners have endured quite an ordeal over the past 13 months thanks to the COVID-19 pandemic, which brought about emergency regulations that either closed or restricted their operations and forced them to lay off workers.

Now, as the pandemic appears to be waning, many of them received yet another unpleasant surprise: a substantial increase in their unemployment premiums. This came despite New York lawmakers passing legislation aimed to keep COVID-related closures from impacting a business owner’s rating, which factors into their premium amounts.

According to the New York State Restaurant Association, a western New York establishment still saw its rate increase by 133 percent, meaning it will pay $471 a week this year – or nearly $270 more each week. A New York City coffee shop saw its rate rise even more, meaning it will have to pay more than $9,800 each quarter, compared to about $4,100 a quarter this past year.

The unexpected increases prompted NYSRA President Melissa Fleischut to send a letter to Gov. Andrew Cuomo, Senate Majority Leader Andrea Stewart-Cousins, D-Yonkers, and Assembly Speaker Carl Heastie, D-Bronx, on Monday to say the organization was “taken aback” by the increases even after Senate Bill 1197 and Assembly Bill 2001-A became law.

Restaurants aren’t alone in the suffering. NFIB New York said nearly 9-in-10 of its members surveyed earlier this month reported seeing their premiums increase. For 73 percent, their rates rose by more than 25 percent. A third saw their premiums skyrocket by between 100 to 400 percent.

Among the more significant increases was a Capital Region clothier that saw its unemployment insurance cost go up by more than $20,000. A manufacturer in New York that employs 88 workers saw its rate increase by $300 per employee, while a Finger Lakes restaurant that employs 35 experienced an $8,000 increase.

While the legislation in question did keep COVID-19-related unemployment from factoring into the equation, it did not, however, keep the state from raising rates to keep the fund from running out of money. The state borrowed more than $10 billion to help make unemployment payments last year.

“The fact that employers are struggling was the impetus for this legislation and we have heard concerns about the recent surprise increases,” state Sen. Roxanne J. Persaud, D-Brooklyn, who sponsored the unemployment legislation, told The Center Square. “Absent the statutory prohibition on negative experience ratings, employers would be paying even more.”

NFIB New York State Director Greg Biryla told The Center Square the legislation led by Persaud and Assemblyman Ken Zebrowski, D-Clarkstown, was “an important first step,” but noted that other factors are at work in the increase.

“Further, UI premiums, charges, and taxes function as a payroll tax of sorts, creating an additional disincentive for small businesses who are looking to drive our recovery with jobs and growth,” Birlya said.

He added that the small business organization is talking with state leaders in Albany in an attempt to find a way to take at least some of the burden off employers.

In a statement to The Center Square, the state Department of Labor said it understands businesses need support at this time. It said the state has taken other measures to help restaurants and other businesses.

Among the programs for restaurants are a $25 million grant program created to help dining establishments that serve distressed and underrepresented areas and a $35 million return-to-work tax credit program. Small businesses across the board, including for-profit arts and cultural institutions, can seek grants from an $800 million recovery program.

“(B)usinesses in New York state have access to an estimated $57 billion in federal support through the Paycheck Protection Program, the FY 2022 Budget is providing $1 billion in support for businesses, and the state worked with the private sector to provide a $100 million loan fund for small businesses,” the DOL said in the statement.

On Tuesday, state Sen. George Borrello, R-Sunset Bay, called on the DOL to crack down on fraudulent claims. He said that “countless” New Yorkers have had their identities compromised and used to file bogus claims.

With wide-scale fraud happening, he said, the state shouldn’t put an undue burden on businesses trying to recover from the past year.

“I am hearing from small businesses in my district who did not lay off any employees in the past year, who have been shocked to receive unemployment insurance tax bills that have increased 200 percent or more,” said Borrello, a small-business owner himself. “It is incomprehensible that employers are being asked to fix this problem, which was caused by a once-in-a-century pandemic and made truly disastrous by bad policy decisions.”