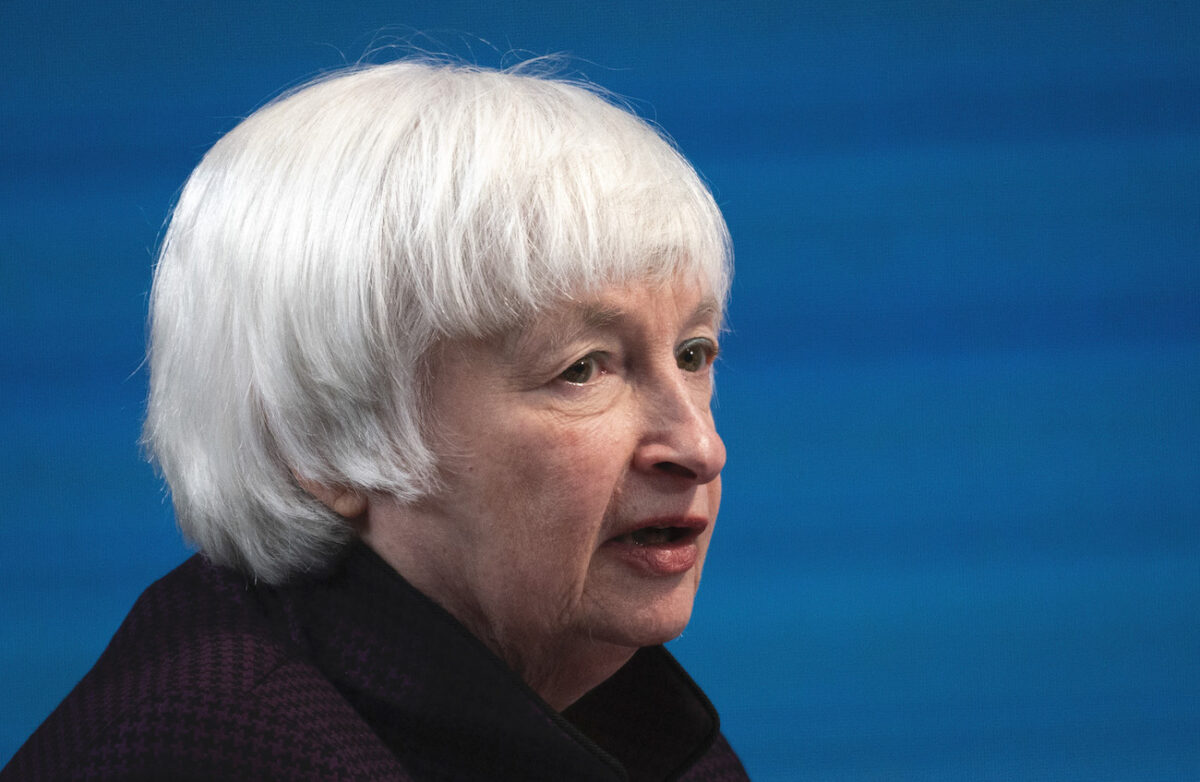 Economists are sceptical of the Biden administration’s push for a global minimum tax rate for corporations, saying not only will it “frustrate” the free market, but it will see very little support from foreign governments.

“At the end of the day, any international agreement is essentially toothless due to the existence of national sovereignty,” Gigi Foster, professor of economics at the University of New South Wales (NSW) told The Epoch Times.

“The incentive for individual countries to offer appealing tax treatment will remain, no matter how strong the international pressure on a country to conform to some nominated standard,” she added.

“We have already seen in other areas, in everything from climate policy to criminal justice, how coordinated effort across multiple countries is simply not a workable approach for achieving significant change,” she said.

Foster said the only alternative where she could see a global minimum tax rate succeed was for a supranational body to wield unilateral power over different nations, akin to a “world empire,” and setting a global tax rate.

However, this would be a “true dystopian nightmare.”

On Monday, U.S. Treasury Secretary Janet Yellen told the Chicago Council on Global Affairs that the Biden administration would throw its support behind a global minimum tax rate.

The announcement came following revelations U.S. President Joe Biden’s $2.3 trillion infrastructure plan will be propped up by an increase in the U.S. corporate tax rate from 21 percent to 28 percent.

To disincentivise U.S. companies from relocating overseas, the administration is pushing for nations to adopt a standardised rate, and prevent them from domiciling in tax havens or low-tax jurisdictions.

Since 2013, the Organisation for Economic Cooperation and Development (OECD) and G20 nations have been working on the Base Erosion and Profit Shifting (BEPS) project, with one of its pillars being to agree to a global tax rate.

“It is about making sure that governments have stable tax systems that raise sufficient revenue to invest in essential public goods and respond to crises, and that all citizens fairly share the burden of financing [the] government,” Yellen told attendees.

“We are working with G20 nations to agree to a global minimum corporate tax rate that can stop the race to the bottom,” she added.

The Washington D.C.-based Tax Foundation disputes the “race to the bottom” claim, saying tax rates across the world have plateaued for over a decade.

“When the United States cut the federal statutory corporate rate from 35 percent to 21 percent in 2017, it was not leading a race to the bottom but moving to the average,” it said in a report.

Robert Carling, the former executive director of the New South Wales Treasury warned that Yellen’s proposal would be disruptive to the free market, especially since tax breaks can often be the only tool for some governments to attract investment into their countries.

“I think it’s an attempt to frustrate tax competition. Tax competition between countries is always good, and a productive thing. And this would frustrate it. There’s no other way of looking at it,” he told The Epoch Times.

Sharif Mahmud Khalid, assistant professor in accounting from the University of Sheffield, warned that developing nations would suffer the most.

“In a world where there are huge disparities in the income levels of different countries, a minimum global corporation tax rate could crowd out those who are not especially attractive but for the fact that they can offer lower rates,” he wrote in The Conversation.

In contrast, low-tax jurisdictions already attracting significant investment, like Singapore or the Republic of Ireland, may be just as reluctant to support the proposal.

“Why would they increase taxes for the sake of this global minimum tax?” Cian Hussey, a research fellow at the Institute of Public Affairs, told The Epoch Times.

Hussey also said tax policy should be the domain of national governments and citizens, not a supranational body.

“This is just the latest example of unelected, unaccountable bureaucrats trying to undermine national sovereignty in the nation state,” he said.

Australian Treasurer Josh Frydenberg, once a colleague of the OECD’s newly appointed Secretary-General Mathias Cormann, welcomed discussion on the issue.

“Australia welcomes the United States’ commitment to continue to engage in the OECD-led discussions seeking to agree to a globally consistent approach to the tax challenges posed by the digitalisation of the economy,” he told The Epoch Times in an email.

“Australia will remain an active and constructive participant in these discussions as we have done so throughout,” he added.

European Leaders Pleased By US Move

Finance ministers from Europe’s largest economies, Germany and France, have already strongly backed the proposal for a global minimum tax rate with French Finance Minister Bruno Le Maire saying he was “delighted” by the announcement.

“An agreement on international taxation is now within reach,” he told AFP. “We must seize this historic opportunity.”

Their response could be partly motivated by the Republic of Ireland’s historically low tax rate of 12.5 percent which has attracted over 700 U.S. companies to its shores.

“They (the European Union) have not succeeded in forcing Ireland to increase that rate, and it’s always been a bone of contention,” Carling said.

Even if a global tax rate was established, there could instead, be an increase of tax loopholes and opaque tax policy.

“A country could just establish a domestic policy of subsidising certain industries to attract them there,” Hussey added.

“I think this is a short-sighted and a poorly thought-out move,” he said. “It’s another example of bureaucrats trying to design the world that they would like to see, without thinking through how those in the business world actually make decisions about investments.”