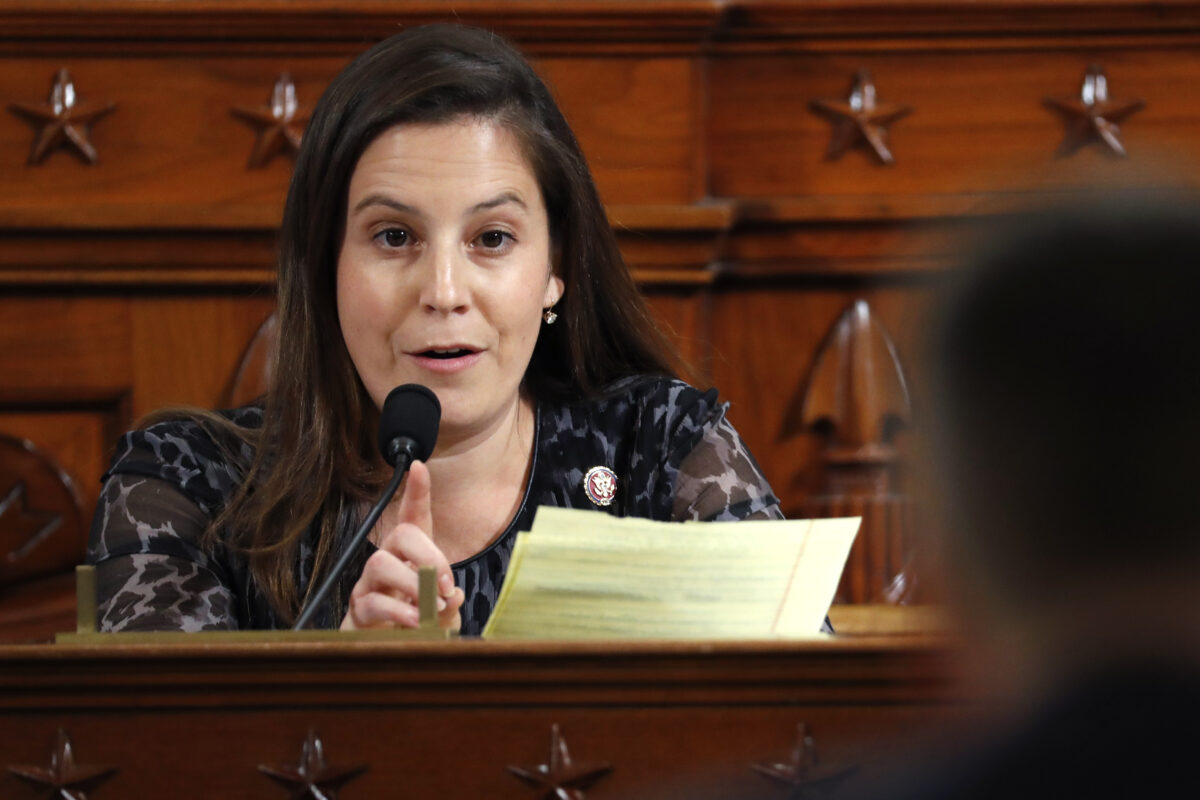 “As President Biden’s policies continue to create the worst surge in illegal immigration in our history, it is more important than ever for our leaders to share a unified message in Congress on the importance of border security,” Brandon Judd, the president of the NBPC, told Breitbart.

He sent out a five-paragraph endorsement, in which he mentioned that he has interacted with many legislators throughout the time he has been president of the organization, giving him certainty that Stefanik is suitable for the job.

“Congresswoman Elise Stefanik is the strongest member to share and grow our message of securing our border and protecting our communities,” Judd said. “I am happy to say Congresswoman Stefanik easily fits into the first category. She is one of the most ardent supporters of the Border Patrol’s mission as well as law enforcement generally.”

The NBPC, established in 1967, is a labor union that acts on behalf of agents and helps the staff of the Border Patrol.

According to its official website, it exclusively represents approximately 18,000 Border Patrol agents. NBPC is under the Department of Homeland Security, and is directed by Customs and Border Protection.

The president of the NBPC asserted that Stefanik has been assisting the reduction of drugs and criminals pouring into communities.

“Representative Stefanik supports funds to build the wall, technology to augment the Border Patrol’s capabilities, and more resources for the men and women on the front lines. I am truly grateful to say in the strongest possible terms that Elise opposes policies that have been so dangerous for our communities such as sanctuary cities, licenses for illegal immigrants, and public assistance for those who chose to violate our immigration laws,” Judd said.

“She also opposes amnesty for those whose very first act in coming to the U.S. was to knowingly and willingly cross our borders illegally. Representative Stefanik has been a true border security champion.”

Earlier this week, former President Donald Trump also endorsed Stefanik for the same position, in a statement in which he blasted Cheney, who has been on uneasy terms with him for months after she and nine other Republican House members voted to impeach the then-president.

“We want leaders who believe in the Make America Great Again movement, and prioritize the values of America First. Elise Stefanik is a far superior choice, and she has my COMPLETE and TOTAL endorsement for GOP Conference Chair. Elise is a tough and smart communicator!” Trump wrote.

Stefanik has been a key ally of Trump, particularly during his impeachment trails, earning her an endorsement from the former president. However, some Republicans have expressed concern over her voting record on border issues, Breitbart reported, noting that her timely endorsement from NBPC provides a significant boost to her appeal.

Stefanik then expressed her gratitude on social media.

Last month, Cheney, in an appearance on Fox, reiterated her attitude toward Trump and the Jan. 6 Capitol breach incident.

“I’ve been very clear about my views about what happened on Jan. 6, about my views of the president’s culpability, I obviously voted to impeach him, I think that it was the gravest violation of an oath of office by any president in American history,” she said last month on Fox News.

Her leadership position since been under fire.

On Thursday,  Rep. Jim Jordan (R-Ohio), ranking member of the House Judiciary Committee, said in an appearance on Fox that the vast majority of the Republican Party disagrees with her and that they have enough votes to replace her.

“I think that for sure the votes are there and I think it will happen, most likely next Wednesday,” Jordan said.

Americans Forced to Wear Masks on Planes One Year into Biden’s...