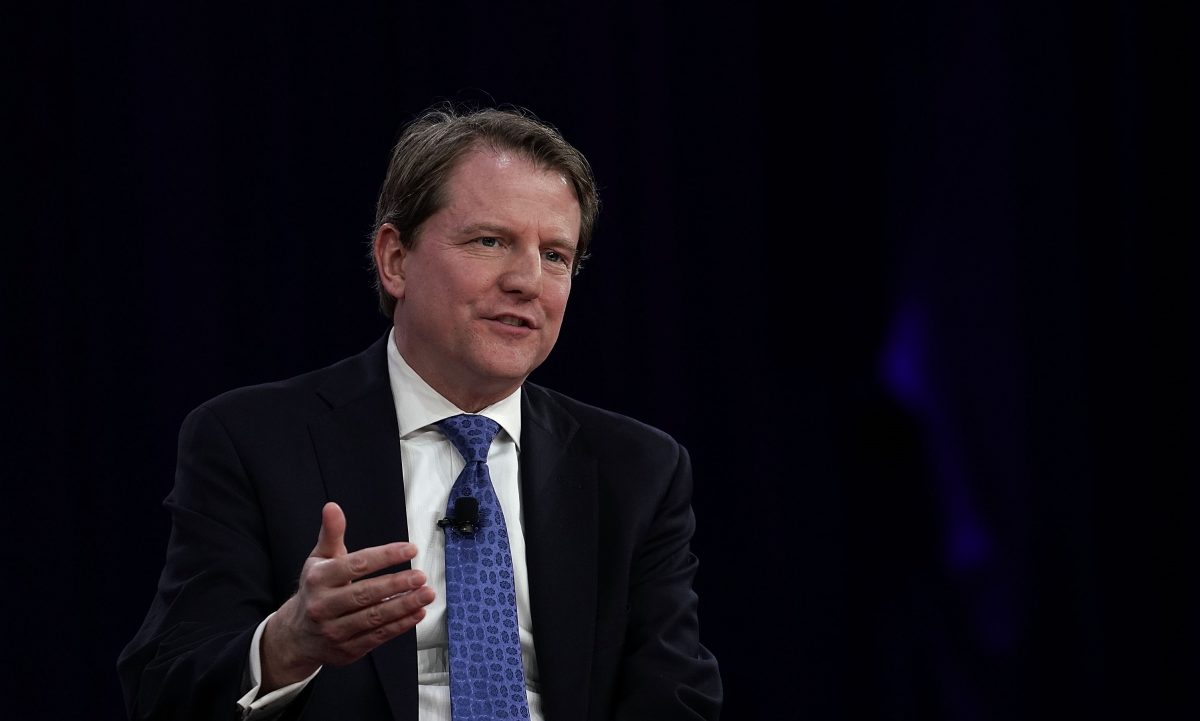 Former White House counsel Don McGahn will appear for a closed-door interview with House Judiciary Committee lawmakers as part of an agreement to end a years-long lawsuit seeking his testimony.

The Justice Department and attorneys for the Judiciary committee provided details of the agreement in the filing to a federal court, a day after they informed the court that the parties had reached an agreement on an accommodation that would resolve issues in the lawsuit.

The agreement would allow the panel to conduct a transcribed interview of McGahn that would be closed to the members of the public, press, and lawmakers not on the Judiciary Committee. The document did not indicate when the interview will be held but said it would be conducted as soon as possible.

“The law requires that when there is a dispute in court between the legislative and executive branches, the two must work in good faith to find a compromise—and I am pleased that we have reached an arrangement that satisfies our subpoena, protects the committee’s constitutional duty to conduct oversight in the future, and safeguards sensitive executive branch prerogatives,” Nadler said in a statement.

According to the agreement, McGahn will be allowed to decline to answer questions outside the agreed scope and Justice Department lawyers could invoke executive privilege to prevent McGahn from responding to certain questions, except for questions related to information provided by McGahn to Mueller and attributed to him in publicly available portions of the Mueller report.

A court filing on Tuesday noted that former President Donald Trump, who isn’t a party to the case, wasn’t part of discussions to reach the agreement.

The Justice Department did not immediately respond to The Epoch Times’ request for comment.

House Democrats have pursued a slew of investigations against Trump since 2019, which included the subpoena of McGahn in an effort to find information that could lead to Trump’s impeachment. The White House blocked McGahn’s appearance, asserting executive privilege over the documents, which prompted House Democrats to subsequently sue McGahn in August 2019 in an attempt to enforce the subpoena.

Litigation over the subpoena had taken a number of twists, with a full federal appeals court intervening twice in the matter. The full District of Columbia Court of Appeals in October 2020 granted a request by the House committee to rehear the case after a divided three-judge panel ruled in August that the House can’t look to federal courts to enforce its subpoenas because there’s no law that gives the chamber the power to do so.

The full panel vacated the three-judge panel’s August 2019 decision. The majority in the August decision had ruled that the case had to be dismissed because the committee “lacks a cause of action to enforce its subpoena.”

Last year, the full panel visited another issue in the case and ruled that the House has the legal right to bring suits, or standing, to enforce its subpoenas but also allowed McGahn to continue challenging the subpoena on other grounds.

The case was scheduled to be argued before the full circuit court on May 19 but attorneys have asked the court to “postpone” the oral arguments in light of the agreement reached between the parties.

LeBron James Says He’s Vaccinated, Refuses To Tell Others What To...