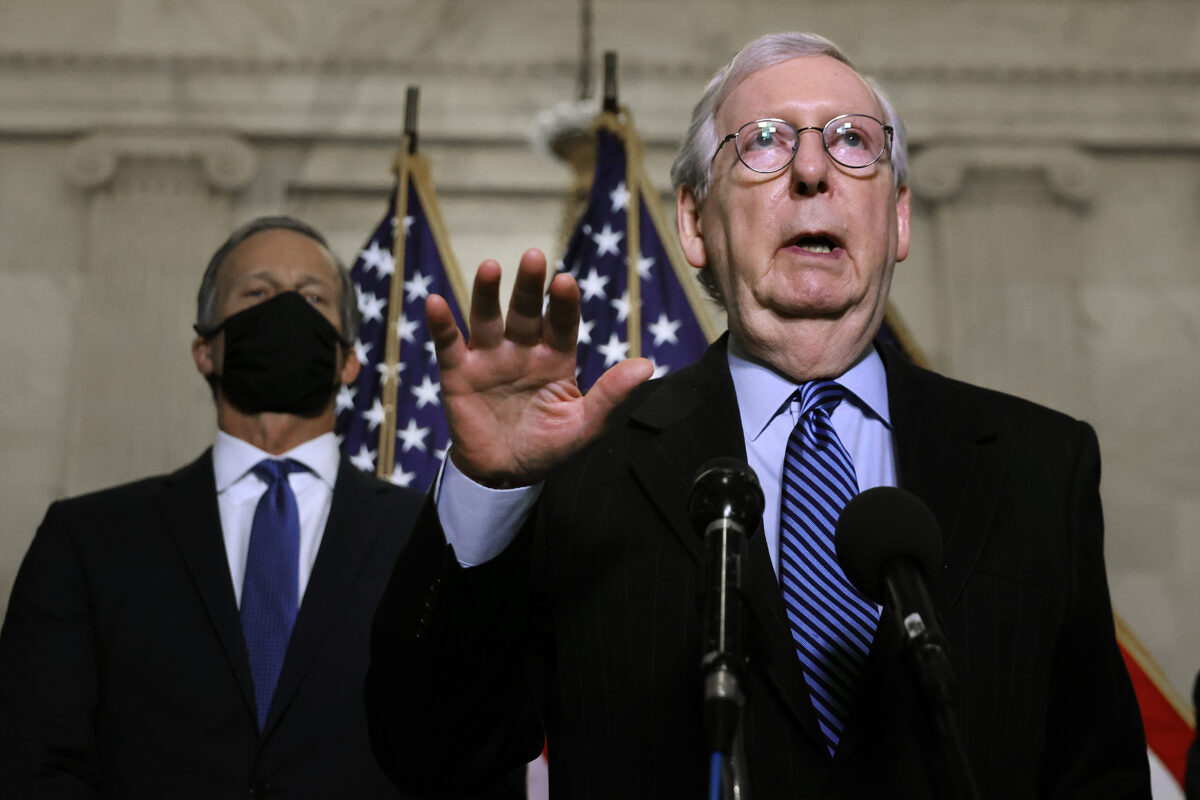 As a Republican delegation is scheduled to meet President Joe Biden at the White House this week to discuss his proposed $2.25 trillion infrastructure plan, Senate Minority Leader Mitch McConnell (R-Ky.) has suggested the GOP would be willing to raise its ceiling for the plan to $800 billion.

“The proper price tag for what most of us think about when we think about infrastructure is about [$600 billion to $800 billion],” McConnell said in an interview on public television in Kentucky over the weekend.

Capito has led a group of Senate Republicans in unveiling a $568 billion infrastructure counterproposal to Biden’s plan, saying at an April 22 press conference that the GOP defines the concept more narrowly, as “core infrastructure, physical infrastructure.” She shared an overview of the GOP proposal in a tweet, in which she said that Biden’s plan “goes beyond what constitutes infrastructure.”

The Biden administration has sought to frame “infrastructure” far more broadly, with House Speaker Nancy Pelosi (D-Calif.) telling reporters at an April 15 presser that for the American Jobs Plan to meet its aims, there must be “human infrastructure” to go with it.

McConnell, in the interview, said that the proposal Capito and her colleagues put together is a bill that’s “related to the subject” of infrastructure.

“What we’ve got here can best be described as a bait-and-switch,” McConnell said of Biden’s proposal. The bill is “called infrastructure, but much bigger, with a whole laundry list of other things,” McConnell said, adding that to pay for the package, the Biden administration has proposed rolling back some of the provisions of President Donald Trump’s 2017 tax reform bill.

McConnell’s remarks come as Republicans fight to slim down the multi-trillion-dollar package that they say contains provisions that have little to do with infrastructure. They are also apprehensive about rolling back Trump’s tax cuts, which is a key feature of Biden’s plan. To pay for the infrastructure plan, the White House is proposing to raise the corporate tax rate to 28 percent from the current 21 percent.

Biden traveled to the Republican stronghold of Louisiana last week to sell his plan, while signaling a willingness to back off on some of his demands.