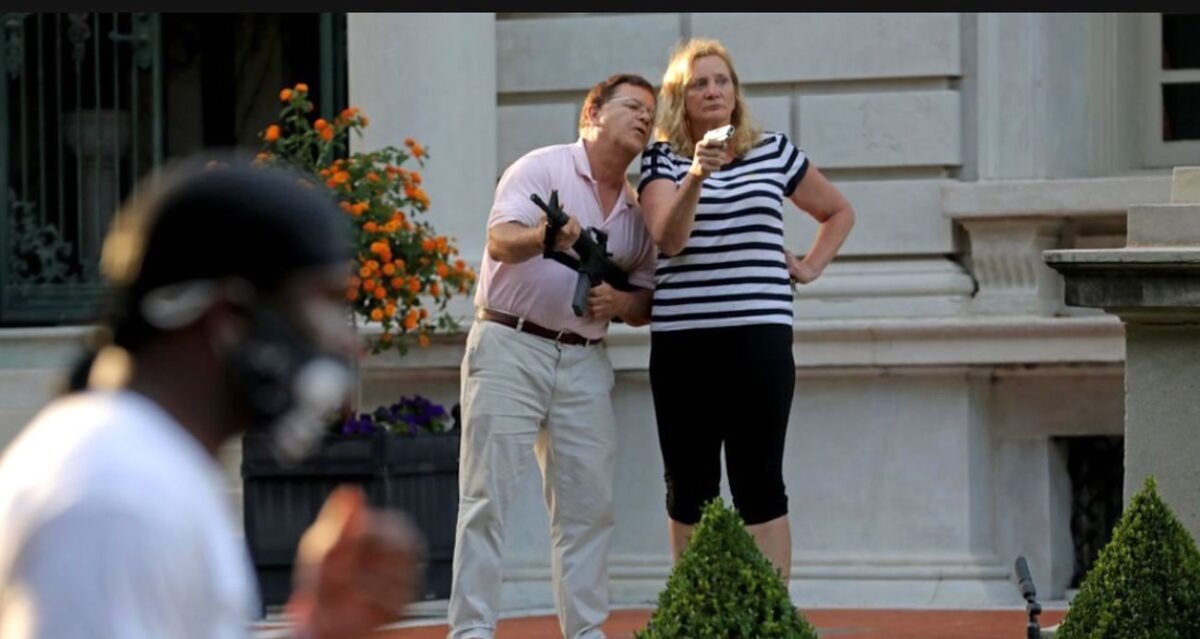 Mark McCloskey, the Missouri lawyer who briefly entered the national spotlight after pointing a rifle at Black Lives Matter protesters who trespassed near his home, filed formal campaign paperwork to run for the U.S. Senate in Missouri.

McCloskey launched a campaign website, which says that he “and his wife, Patty, held off a violent mob through the exercise of their 2nd Amendment rights.

“Since then, they addressed the Republican National Convention, and have been frequent guests on Fox, Newsmax, OAN, CNN and a variety of national and local news and talk TV and radio programs,” the website states. “They campaigned extensively in support of President Trump and continue to speak around the nation on their support of the Constitution, the traditional values that have made the USA the greatest nation on earth, and the current threats to its continued existence.”

McCloskey is the latest entrant into the primary for the seat of the retiring Sen. Roy Blunt (R-Mo.) Former Missouri Gov. Eric Greitens and Missouri Attorney General Eric Schmitt are also vying for the nomination.

McCloskey and his wife were indicted on gun and evidence tampering charges after the video of them brandishing firearms at protesters thrust them into the national news cycle. Republicans rallied behind the couple and the McCloskeys later spoke at the GOP convention.

“An angry mob marched to destroy my home and kill my family, I took a stand to defend them. I am a proven fighter against the mob. When the mob comes to destroy our home, our state, our nation— I’ll defend it. I will NEVER BACK DOWN,” McCloskey wrote on Twitter after announcing his candidacy.

McCloskey announced his campaign on the Tucker Carlson show on Fox News. During the appearance, he said that he was always a Republican and that he campaign for President Donald Trump.

“The people out there in this country are just sick and tired of cancel culture and the poison of critical race theory and the big lie of systemic racism, all backed up by the threat of mob violence. And people are just sick of it. They don’t want any more posers, and egotists, and career politicians going to DC,” McCloskey told Carlson.

The seat is considered a safe on for the GOP, so the primary winner will likely go on to win the general election. Greitens and Schmitt were virtually tied in a head-to-head poll conducted in March.