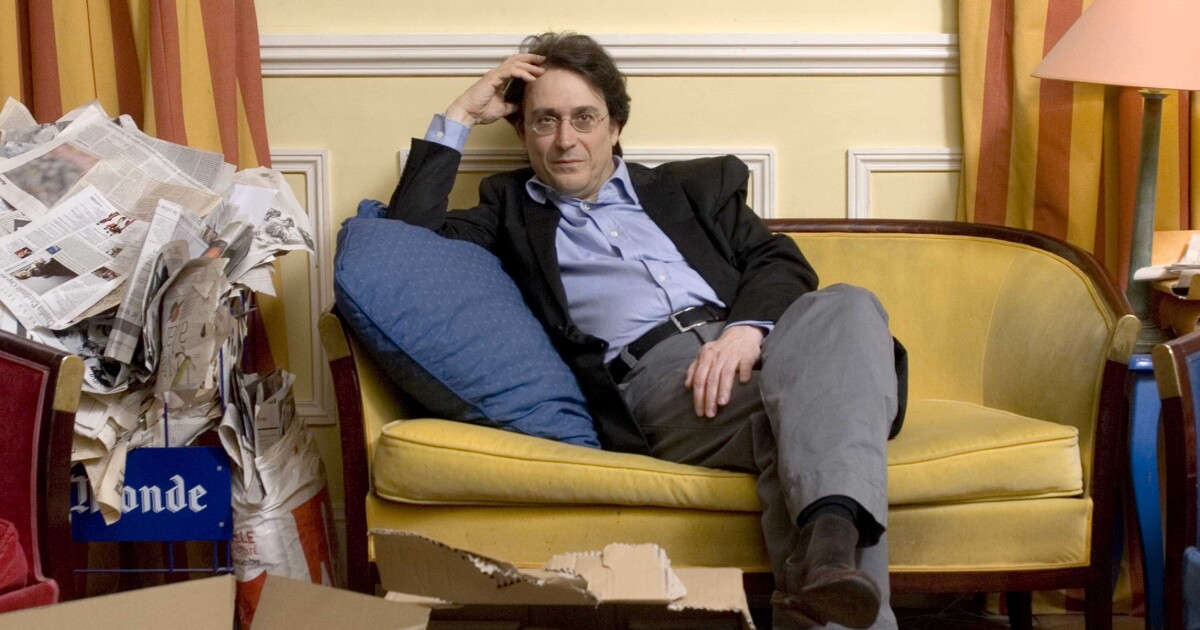 Little read in the United States, Marc-Edouard Nabe (b. 1958) is one of France’s most infamous reactionary writers. Since the 1980s, he has scandalized the French media and literary establishment (and gradually been blacklisted by them) for his outrageous novels, essays, and diaries. These recount with expansive, self-consciously ridiculous passion their author's loves and hates. Among the former are jazz, sex, and fascism; among the latter, democracy, minorities, and other writers, not least Michel Houellebecq, who lived in the same Paris apartment building as Nabe for much of the 1990s.

Nabe styles himself a latter-day Louis-Ferdinand Celine, the novelist who marked the history of French literature with his raw, effusively vulgar prose — most notably in his 1932 masterpiece, Journey to the End of the Night — and shockingly anti-Semitic politics. Unfortunately, as Nabe complains in his 2006 The Twenty-Seventh Book, there seems to be room in French letters for only one “new Celine,” a position now filled by Houellebecq.

Nabe’s explanation for Houellebecq’s stunning success, and his own relative obscurity, is instructive. At the close of the 20th century, he argues, readers were ready for an incorrigible bad boy to skewer the stale political and ethical nostrums of France’s post-1960s intellectual culture, with its emphasis on sexual liberation, the abolition of authority, and cosmopolitanism. The only catch was that this skewering would have to leave everything about French society just as it was before. Nabe, in his own telling, spoke to this audience about exactly the wrong topics: “jazz (very bad), style (oof), art (forget it) … Jews (no!), Jesus (it's over!).” He says he should have followed Houellebecq’s approach: “tendentious novel + flat prose + self-declared atheism.”

Nabe suggests that Houellebecq satisfies the public’s desire for reaction served cold. In his internationally bestselling novels, including The Elementary Particles (1998) and Submission (2015), Houellebecq describes, in affectless prose, a disillusioned, cynical, and quasi-sociological critique of the permissive liberalism of the modern West, which he depicts as locked in moral and spiritual decline. This critique, presenting no desirable alternative to the present and expressed by characters who seem incapable of feeling any desire at all, is explicitly radical but functionally conservative. It leaves readers free to return to their lives, secure in the conviction that although things are going badly in the West, there is nothing that they, or anybody else, can do about it.

Nabe, in contrast, does not so much see his own writing as a “critique” of liberalism as he sees art, in every form, as an inherent challenge to the liberal myth of equality. He advances this challenge in incandescent celebrations of such pleasures as Chet Baker, the Christian aesthetic tradition, and sex, all of which may delight or horrify readers but cannot leave them indifferent.

Nabe, by contrast, revels in what he calls “sexual exuberance,” insisting in his first novel, Vermin’s Delight (1985), that “sex is what keeps me alive.” If sex, for Houellebecq, represents both the insurmountable distance between people and the spiritual bankruptcy of a culture based on individual pleasure-seeking, it appears to Nabe as an inexhaustibly rich resource, a means for people to relate to the “vital force” of life itself. While “desire,” supposedly liberated in the sexual revolution of the 1960s, expresses personal preferences, “sex” appears in Nabe’s work as an impersonal imperative by which the self is thrillingly, and violently, opened up to something beneath and beyond it. Sex, for Nabe, is what “keeps us upright, with much more cruelty and authority” than mere “desire.”

Nabe takes an equally lyrical pleasure in his own eruptions of literary creativity. He believes that art, like sex, is an expression of mankind’s ineradicable instincts for aggression, conflict, and power. These instincts, he insists, are inherently political, and politically, they belong to the far-right. There is, Nabe writes in Vermin’s Delight, an “intrinsic fascism” in each of us: “Fascism is a mental state deep-set in men, which only the most honest among them put on the table.”

It may be the case, Nabe admits, that such “intrinsic fascism” is incompatible with modern life. He suggests that society is now impossible without a public ideal of equality and the norms that follow from it. “Civilization,” he writes, “pushes us to put leftist politics in practice,” repressing or sublimating our aggressive drives for the sake of life in common. Egalitarian niceties, however, are incompatible with creativity, which demands that artists recognize and assert the superiority of some works, values, and people over others. “A creator cannot work in justice” as understood by a liberal. Through the very act of creation, he asserts his will to power. He cannot pretend that the beautiful and good are equal to the mediocre.

Such a transgressive, inegalitarian fascism is “individual” rather than “of a group.” It does not inspire in Nabe any sympathy for far-right parties, for which he frequently expresses contempt. He does, however, understand himself as part of a tradition of “fascist” authors, including Celine and Ezra Pound, who reveal, and revel in, the hatred of equality inherent to every truly creative act. And hatred, for Nabe, is akin to joy. He finds a flamboyant delight in hating every imaginable group: gays, black people, and most notoriously, Jews. Many of his comments on these and other groups are simply unprintable.

Nabe's humor isn’t always aggressive, however. An essay in his 1986 collection Zigzags on Santa Claus shows his lighthearted side: “What percentage is he taking on these supposedly free toys?” There is also a note of nostalgia for the lost world of childhood credulity: “Santa is the only God children believe in. … Their first communion is his funeral.” Another essay in the collection, “The Imaginary Zapatista,” is a surreal, hilarious paean to the machismo of early 20th-century Mexican rebels.

In the middle of Zigzags, Nabe makes a series of politically incorrect predictions (“paper money will be abolished,” “history will be forgotten,” “homosexuality will be mandatory”) that concludes, accurately, that “no one will publish my books.” Dropped by his publisher, Nabe has been reduced to self-publishing his books for a small but loyal readership. His work has not been translated into English — not even his voluminous writings on jazz, which are the most likely parts of his corpus to find an appreciative Anglophone audience. English speakers tempted by Nabe’s call for a joyful, raucous illiberalism might look to neglected authors of their own canon — to writers such as D.H. Lawrence, Henry Miller, and Norman Mailer, who likewise luxuriated in libidinal energy. What is really unacceptable to our politically correct mainstream, Nabe suggests, isn’t the disillusioned declinism of Houellebecq and his admirers but unembarrassed vitality.