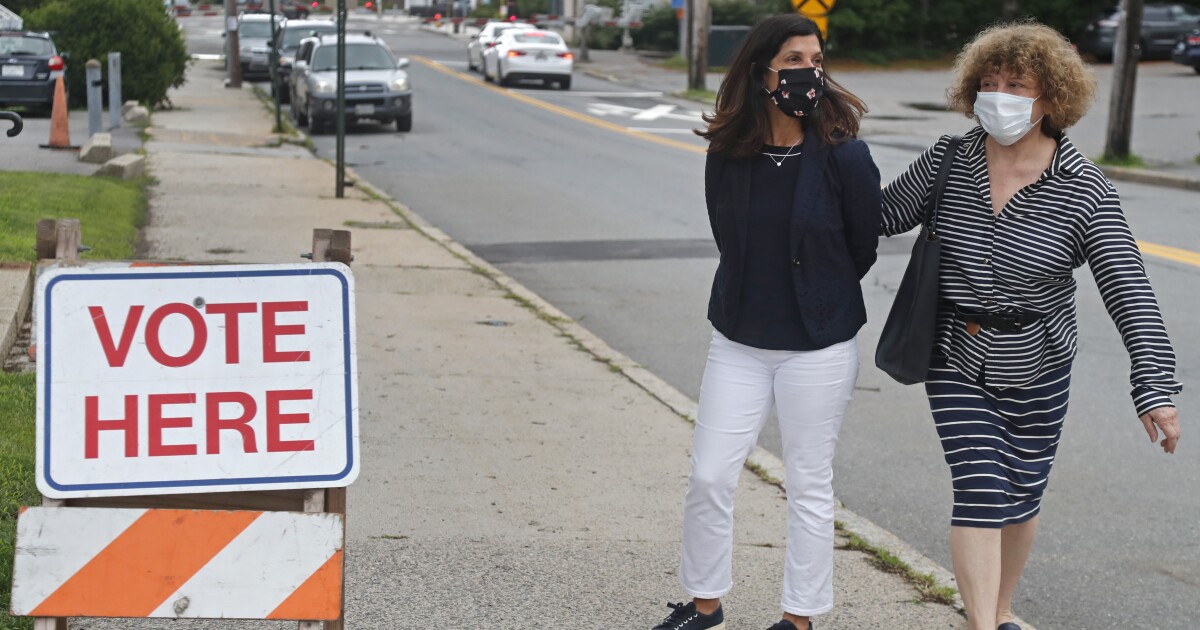 State lawmakers are weighing a proposal that would ban Mainers from packing firearms in polling stations, but gun rights groups say the changes are unnecessary.

Under the proposal, firearms would be prohibited from being within 250 feet of a polling station, though law-enforcement officers would be exempt from the ban.

Maine is one of a handful of “open carry” states where firearm owners can possess a gun in plain view, without any special permit. While federal law prohibits firearms in schools, where many polling stations are located, there's no prohibition in city or town halls, community centers and other places where people cast ballots.

Supporters say the changes are necessary to protect voters from intimidation and harassment when they are casting ballots for state, local or federal elections.

The bill's primary sponsor, Sen. Cathy Breen, D-Falmouth, calls the proposal a “common-sense measure that provides protection for everyone working at the polls.”

“The fact that folks have a right to own and carry guns does not mean we have to normalize the presence of guns in every aspect of our lives,” Breen said in recent testimony on the bill. “People who serve their communities by volunteering in polling places should be protected, whether the election takes place in a school or in some other building.”

But the move faces opposition from gun rights groups who say the changes are unnecessary and would violate constitutional protections for firearm owners.

“It effectively creates a gun-free zone not only in the actual voting place, but prohibits possession in every place, public or private, that comes within a 250-foot zone of the entrance,” LePage wrote in testimony against the bill. “This is an attack on the right to self-defense for Maine citizens and gun owners, and an attack on Maine’s current preemption law.”

Other opponents of the ban point out that Maine has no history of violence or widespread voter intimidation at the polls.

“This bill comes from extremely well-funded out of state anti-gun groups that seek to subvert our state pre-emption firearms laws to see if they can get away with it here,” said Rep. John Andrews, L-Paris, who opposes the bill. “They want to destroy the way life should be to see if they can push this on a national level. As Maine goes, so goes the nation.”

Currently, 11 states and the District of Columbia have some form of ban on the possession of firearms at polling places, according to the Giffords Law Center to Prevent Gun Violence.

The Maine Municipal Association, which represents cities and towns, argues the changes are necessary to protect poll workers and prevent confrontations.

Rebecca Graham, a lobbyist for the association, noted that free speech and gun ownership are “constitutionally protected rights with recognized limits for where they can and cannot be exercised.”

“They are not absolute rights.” she told the panel. “Both need to be treated equally in the polling station where they inevitably intersect with the right to vote, which is the elevated and primary right exercised in this location.”