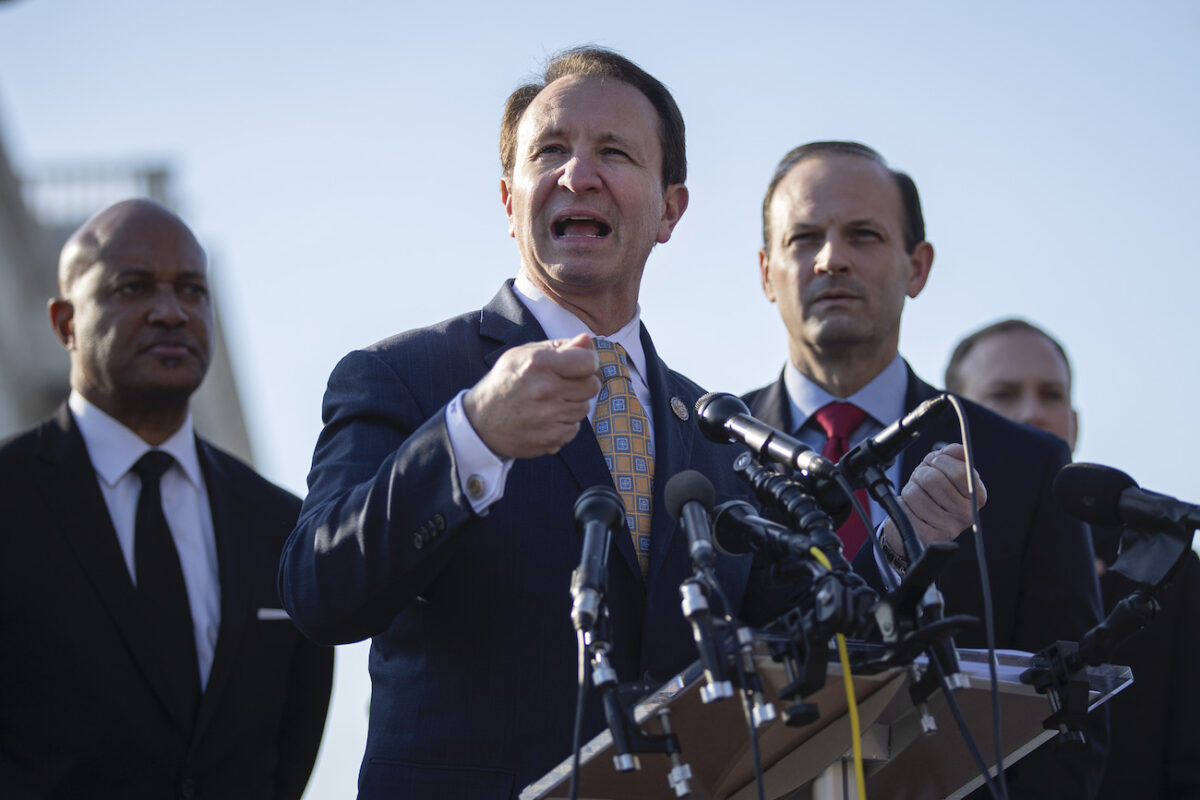 Ten states are suing President Joe Biden for his executive order directing all federal agencies to commence work on what he describes as “the climate crisis.”

Biden on his first day in office signed the order, which says the federal government “must advance environmental justice” and, among other efforts, “reduce greenhouse gas emissions” and “bolster resilience to the impacts of climate change.”

The Democrat on Thursday unveiled a new phase of his climate agenda, vowing that the United States will cut greenhouse gas emissions in half by 2030.

Biden’s order could destroy a range of industries if left unchallenged, Louisiana Attorney General Jeff Landry warned as he led the filing of the multistate lawsuit in federal court in his state.

“Joe Biden’s executive order should alarm every American. If left unchecked, the President could use this destructive cost structure to justify almost anything,” he said in a statement. “Louisiana produces crucial natural and manmade resources for our nation and enjoys a rich, storied way of life. From timber and food stocks to oil and natural gas, chemical and industrial products to recreational sportsmanship and outdoor activities—nearly every aspect of our economy and culture is at risk under this unconscionable policy.”

Because the gases are ubiquitous, the estimates could be relevant to the cost/benefit analysis for every federal rule and a host of other actions, covering topics from dishwaters to vending machines.

Use of the estimates during the Obama administration did not follow procedures required by federal law and neither does the Biden administration’s use of them, they added.

The Biden administration did not respond to a request for comment.

Plaintiffs are asking the court to order federal agencies not to use the estimates and declare that the estimates are contrary to law and “arbitrary and capricious.”

In a separate action in Congress, Reps. Chip Roy (R-Texas) and Lauren Boebert (R-Colo.) said they would attempt to force a vote on legislation that would reverse Biden’s Jan. 20 executive order and other similar mandates.

“The Biden Administration is willing to sacrifice millions of oil and gas jobs, hike up energy costs, and destroy our energy independence all to appease Green-New-Deal-loving radicals,” Roy said in a statement. “It’s time that Congress put a stop to his unilateral economic destruction and put the American people first. After all House Republicans have signed on to this effort, I look forward to seeing how many of my Democratic colleagues are willing to protect American jobs and energy security.”