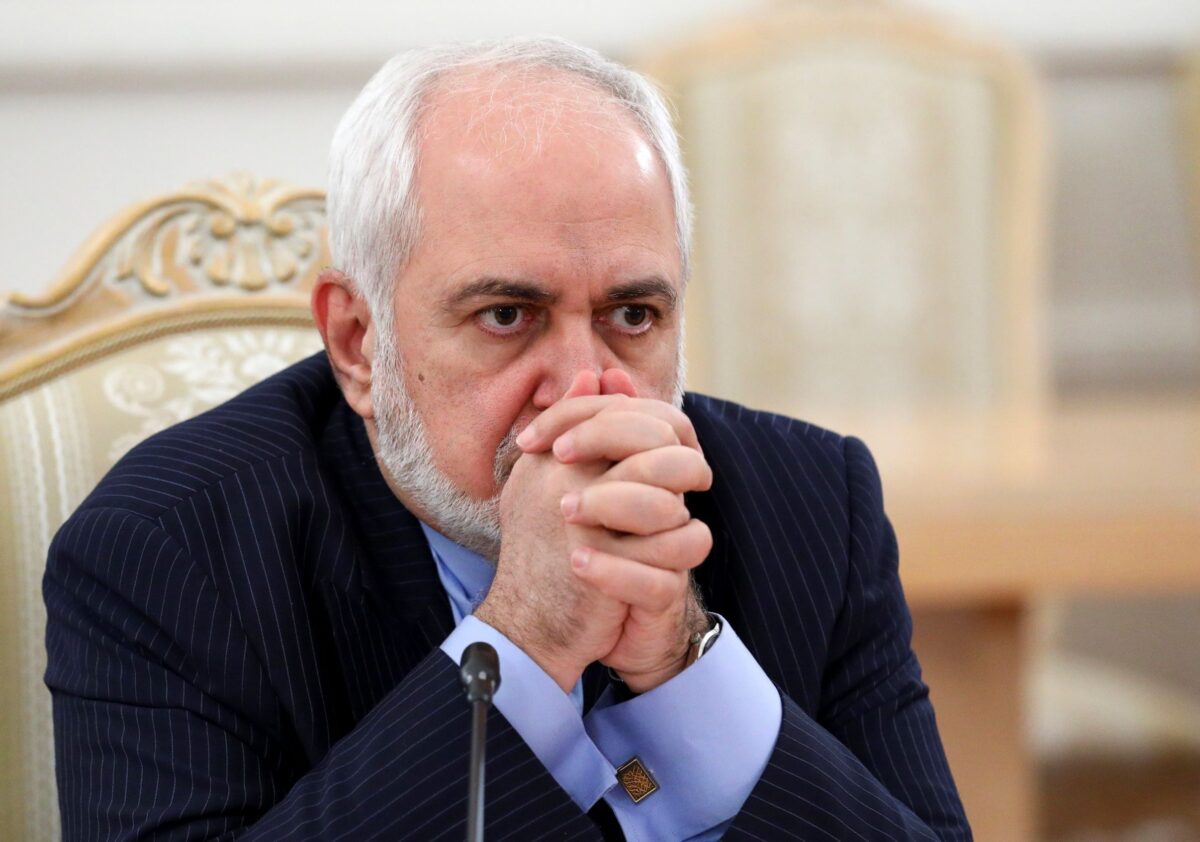 DUBAI, United Arab Emirates—A recording of Iran’s foreign minister offering a blunt appraisal of diplomacy and the limits of power within the Islamic Republic has been leaked, providing a rare look inside the country’s theocracy.

The release of the comments by Mohammad Javad Zarif set off a firestorm within Iran, where officials carefully mind their words amid a cut-throat political environment that includes the powerful paramilitary Revolutionary Guard, ultimately overseen by the country’s supreme leader. Zarif has been suggested as a possible candidate for Iran’s June 18 presidential election as well.

Outside of Iran, Zarif’s comments could also affect talks in Vienna aimed at keeping the 2015 nuclear deal with Iran together. Already, sabotage targeted Iran’s nuclear facility at Natanz during the talks as Tehran has begun enriching a small amount of uranium up to 60 percent purity, which edges the country closer to weapons-grade levels.

After the leak became public, Iranian Foreign Ministry spokesman Saeed Khatibzadeh did not dispute the tape’s authenticity. He told journalists on Monday that the recording represented just a portion of a seven-hour interview Zarif gave to a well-known economist that was to be held for posterity by a think tank associated with the Iranian presidency.

Khatibzadeh called the release of the recording “illegal” and described it as “selectively” edited, though he and others did not offer opinions on how it became public. Zarif, visiting Iraq on Monday after a trip to Qatar, took no questions from journalists after giving a brief statement in Baghdad.

Portions of the leaked interview first aired overnight on Iran International, a London-based, Farsi-language satellite news channel once majority-owned by a Saudi national. Tehran has criticized Iran International in the past for its airing of a militant spokesman who praised a 2018 militant attack on a military parade in Ahvaz that killed at least 25 people, including a child. British regulators later rejected an Iranian complaint about the segment.

Iran International shared a file with a little over three hours of the interview with an Associated Press correspondent based in the United Arab Emirates on Monday.

In the interview, Zarif describes Russia as wanting to stop the nuclear deal, something apparently so sensitive that he warns the interviewer: “You definitely can never release this part.” Russia had a frosty relationship with then-President Barack Obama, whose administration secured the deal with Iranian President Hassan Rouhani. Russia and Iran also at times have strained relations, despite being battlefield allies in Syria.

“If Iran hadn’t become Mr. (Donald) Trump’s priority, China and Russia would have become his priority,” Zarif said. “If, because of hostility with the West, we always need Russia and China, they don’t have to compete with anyone, and also they can always enjoy maximum benefits through us.”

Both China and Russia have been vocal proponents of returning to the nuclear deal. Their missions in Vienna did not immediately respond to a request for comment Monday.

Zarif sounded relaxed and chatty during the interview, at one point joking that he should have sold the expensive liquor he and others found when they took control of the Iranian Consulate in San Francisco in 1979. The economist conducting the interview repeatedly suggested Zarif should run for president as Rouhani is now term-limited from running again.

Zarif dismissed the suggestion. However, the state-owned polling center ISPA has put the diplomat as fourth in a theoretical matchup with the hard-line judiciary chief Ebrahim Raisi leading. Hassan Khomeini, the grandson of the late Supreme Leader Ayatollah Ruhollah Khomeini, and parliament speaker Mohammad Bagher Qalibaf came in second and third respectively.

However, ISPA warned of the possibility of a turnout as low as 39 percent, based on its April telephone survey of over 1,500 people. It offered no margin of error. Iran’s theocracy partially bases its legitimacy on turnout numbers, so such turnout could be a threat.

In the interview, Zarif repeated an earlier claim by officials around Rouhani that they had not been told by the Revolutionary Guard that it accidentally shot down a Ukrainian jetliner in January 2020, killing all 176 people on board.

The recordings also include Zarif offering criticism of Guard Gen. Qassem Soleimani’s separate relations with Russia as well. A U.S. drone strike in 2020 killed Solemani in Baghdad, an attack that at the time brought the United States and Iran to the brink of war. Soleimani’s funeral processions in Iran drew millions of people to the streets.

He added that Soleimani refused to stop using the national carrier Iran Air for Syrian operations despite Zarif’s objections. Iran Air has been sanctioned by the United States, exacerbating a long-running crisis that forced it to fly decades-old aircraft, often lacking parts for repairs.

Despite his criticism, Zarif acknowledged Soleimani’s importance in Iran.

“I believe that the U.S. by hitting Martyr Soleimani dealt a blow to Iran that would not have been as bad even if they had hit one of our towns,” he said.

Former U.S. Secretary of State Mike Pompeo, who pushed the Trump administration’s pressure campaign on Iran, later linked to a story about the leaked tapes on Twitter. He described it as an “exquisite strike” that “had a massive impact on Iran and the Middle East.”

“You don’t have to take my word for it,” Pompeo wrote.