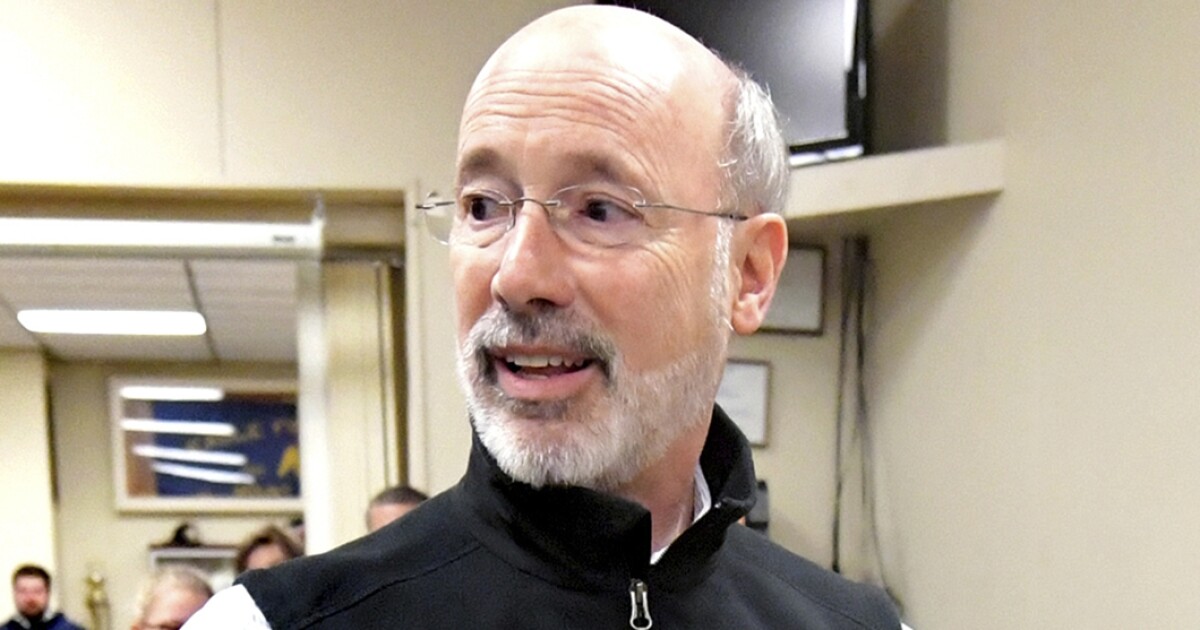 Republican senators issued Gov. Tom Wolf an ultimatum on Thursday in yet another effort to derail the state’s entry into the Regional Greenhouse Gas Initiative.

In a letter to Wolf signed by 27 members of the Senate Republican Caucus and Sen. John Yudichak, I-Luzurne, the lawmakers said they would not confirm his nominee for the Pennsylvania Public Utility Commission until he withdraws an executive order committing the state to join RGGI next year.

“We have made it clear over the past 19 months that this is about the balance of powers in Pennsylvania,” said Sen. Joe Pittman, R-Indiana, who likened RGGI to a carbon tax on power producers. “It is dangerous precedent to tolerate the governor unilaterally imposing a tax. This moratorium on confirmation of PUC nominees is a reminder to the governor that Pennsylvania has three distinct and co-equal branches of government.”

Wolf first nominated Hayley Book, a senior adviser on energy and climate to Department of Environmental Protection Secretary Patrick McDonnell, in August. She’s one of several dedicated staffers working on the state’s impending entry into RGGI.

When the chamber adjourned for the legislative session in November without confirming his pick, Wolf renominated Book in January. The deadline for action on her appointment is next month.

But Senate Republicans, who control the chamber, said they won't act until Wolf pulls the plug on RGGI. The 11-state pact charges power producers for greenhouse gases emitted from their facilities and reinvests the proceeds into projects and programs that support improved air quality or energy efficiency.

McDonnell also estimates that gross domestic product in the state would grow by $2 billion while producing 27,000 clean energy jobs and more than $6.3 billion in health benefits over the next decade.

“Given the overwhelming evidence of what we are seeing in the comments and the polling, that’s what leads us to be confident in making the statement that this is something the residents of Pennsylvania want,” he said.

Lawmakers say their constituents don’t support RGGI at all, however. Last year, a proposal to halt the state’s entry into the program until the Legislature approves the action passed both chambers with bipartisan support. Wolf vetoed the bill in September.

As such, Pennsylvania would be the first state to join RGGI without the blessing of its General Assembly – a step Republican lawmakers believe the constitution requires.

“We are available to engage further on this issue if you so choose,” the senators’ letter to Wolf concludes. “However, until we can reach any agreement with your removal of Pennsylvania from RGGI and submit the compact for deliberation through the General Assembly, we will not be confirming any PUC nominees.”

The seat, vacated by former Commissioner Andrew Place, has been empty for more than a year. Book served as an energy policy adviser to Place for three years before joining DEP in December 2019.

But instead of considering her nomination, Republicans in both chambers spent the last eight months collecting testimony regarding the forecasted impact of RGGI on the state’s lucrative energy sector.

Sen. Gene Yaw, R-Williamsport, has said the program will generate $300 million in emissions fees, effectively levying a tax on the qualifying power plants. Pennsylvania remains a top power exporter in the region and many lawmakers, on both sides of the aisle, have expressed concern that RGGI would raise rates and send plants and thousands of jobs west to less-regulated states.

Yaw also pointed to a Pennsylvania State University study that found 86% of emissions reductions realized through RGGI would just be “picked up” by Ohio and West Virginia when fossil fuel plants relocate there to escape the program.

Several regulatory boards have also voiced concerns about the program’s impact on electricity prices. In February, the Independent Regulatory Review Commission suggested a one-year pause on the DEP rule-making to give businesses more time to “adjust” to the increased costs associated with joining RGGI.

Senate Republicans said the administration’s unwillingness to back track on this “brazen” plan has left them no choice.

“In lieu of this subversion of the constitutional process, and short of arguing this in a judicial setting, we are presented with very few options to reinstitute proper checks and balances in this particular situation,” the letter concludes. “Therefore, we will be exercising our legislative authority to reject all future PUC nominees until you withdraw your executive order related to Pennsylvania’s inclusion in RGGI.”

The Center Square reached out the administration for comment but did not receive an immediate response.

In a statement to the Pittsburgh Post-Gazette, a Wolf spokesperson said the move sets a “reckless precedent,” but will not derail the governor's intent to enter RGGI “in a thoughtful and prudent way.”

With Book's nomination stalled, the PUC – down to just four members, including two Republicans and two Democrats – will struggle with deadlocked votes. The commission oversees regulations and rates for utility companies.