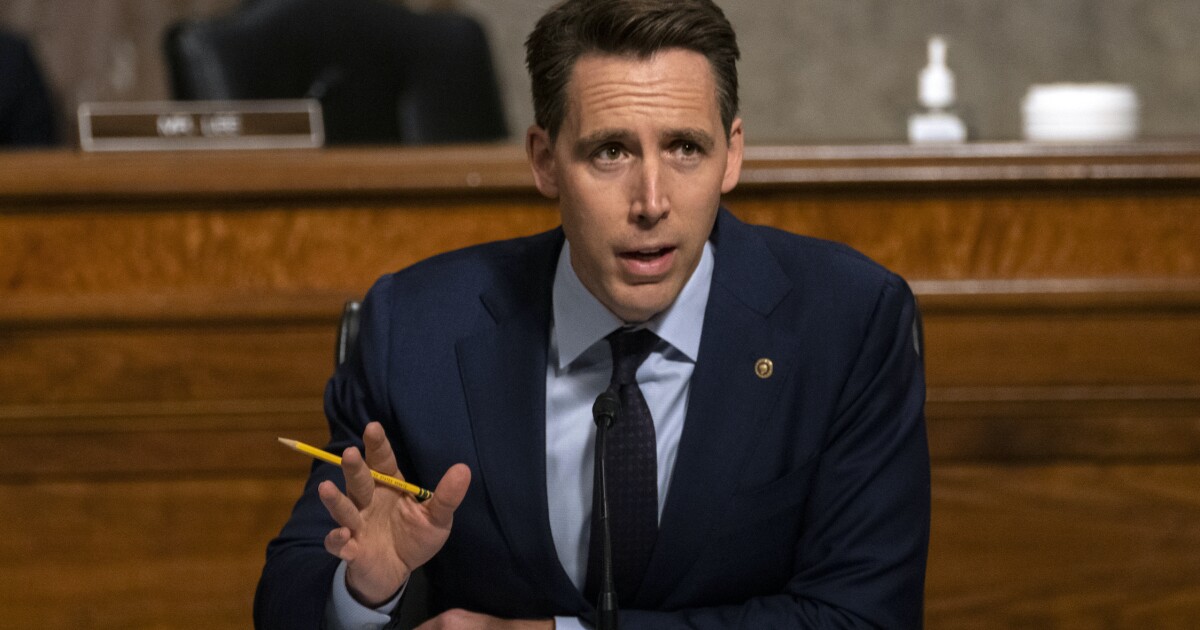 Republican Sen. Josh Hawley is striking a populist tone with a new proposal to give big tax credits to families, as long as one of the parents is working.

The Missouri Republican announced his plans to create the “Parent Tax Credit” on Monday. The plan would provide a fully refundable tax credit of $6,000 for single parents and $12,000 for married parents with children under the age of 13.

“Starting a family and raising children should not be a privilege only reserved for the wealthy,” Hawley said. “Millions of working people want to start a family and would like to care for their children at home, but current policies do not respect these preferences. American families should be supported, no matter how they choose to care for their kids.”

Hawley’s parent tax credit plan seeks to impose an earnings threshold that would be greater than or equal to $7,540 per year, which is the yearly income of a parent being paid the federal minimum wage and working 20 hours per week. The proposal includes a marriage bonus because the income threshold is the same for parents who file together on a joint tax return.

The senator’s proposal hopes to allow parents flexibility about how to raise children, as well. He pointed out that often, both parents feel the need to take on full-time jobs in order to earn enough income to care for children.

“Current law doesn’t help. Existing federal childcare programs and policies — such as the Child and Dependent Care Tax Credit — actually require both parents to enter the labor market in order to receive the benefits,” his office said in a news release. “This new credit does not tilt the deck in favor of two-earner households or formal childcare arrangements. The Parent Tax Credit gives working families the flexibility to make the best choices for raising their family.”

Hawley’s plan would also allow parents the choice of receiving advanced monthly payments from the Internal Revenue Service or to receive an annual lump-sum payout when they file their tax returns. The plan will instruct the IRS to create an online portal where families can revise or change information about their families.

The proposal doesn’t include an earnings cap, meaning that the credit can still be received by families of any income bracket above the minimum threshold. The payout amounts also don’t change based on the number of children that a parent or parents might have, meaning that parents with one child and parents with five children will still receive the same $12,000 annual tax credit.

Child care has been a hot topic on Capitol Hill recently, among both Republicans and Democrats.

The expanded child tax credit passed as part of the COVID-19 relief package sunsets at the end of the year, although Biden’s newest spending package, the American Families Plan, reportedly keeps the provision in place through 2025. Concrete details about the American Families Plan are expected to be unveiled on Wednesday when Biden delivers his first address to a joint session of Congress.

Despite Biden’s reported plan to continue the expanded program through 2025, some Democrats are pressuring the administration to propose extending the costly expansion indefinitely. A group of Democratic lawmakers recently released a joint statement calling a permanent extension a “priority.”

Proponents of the expansion say that it would lift millions of children above the poverty line and dramatically cut the number of impoverished children, while critics argue that without an income threshold, it could amount to welfare without work requirements.

The Tax Foundation, a nonpartisan think tank that generally prefers lower taxes, predicted that extending the expansion would cost nearly $1.6 trillion over the next decade.

The president intends to pay for his American Families Plan, in part, by nearly doubling the capital gains rate for individuals making $1 million or more per year, meaning they could end up being subject to a federal rate of up to 43.4% when an existing Obamacare surtax on investment income is included.

The capital gains tax hike has rankled Republicans who worry that it would cause damage to the economy by dissuading investment. Sen. Pat Toomey of Pennsylvania told the Washington Examiner in a statement last week that the increase would be a “terrible idea” and said it “should be roundly rejected.” Other Republicans have also vowed not to vote for such a proposal.

The American Families Plan comes on the heels of another behemoth spending package from the White House, a $2.3 trillion infrastructure plan that is planned to be paid for entirely through changes in the corporate tax structure, another tax increase that will face GOP resistance in Congress.