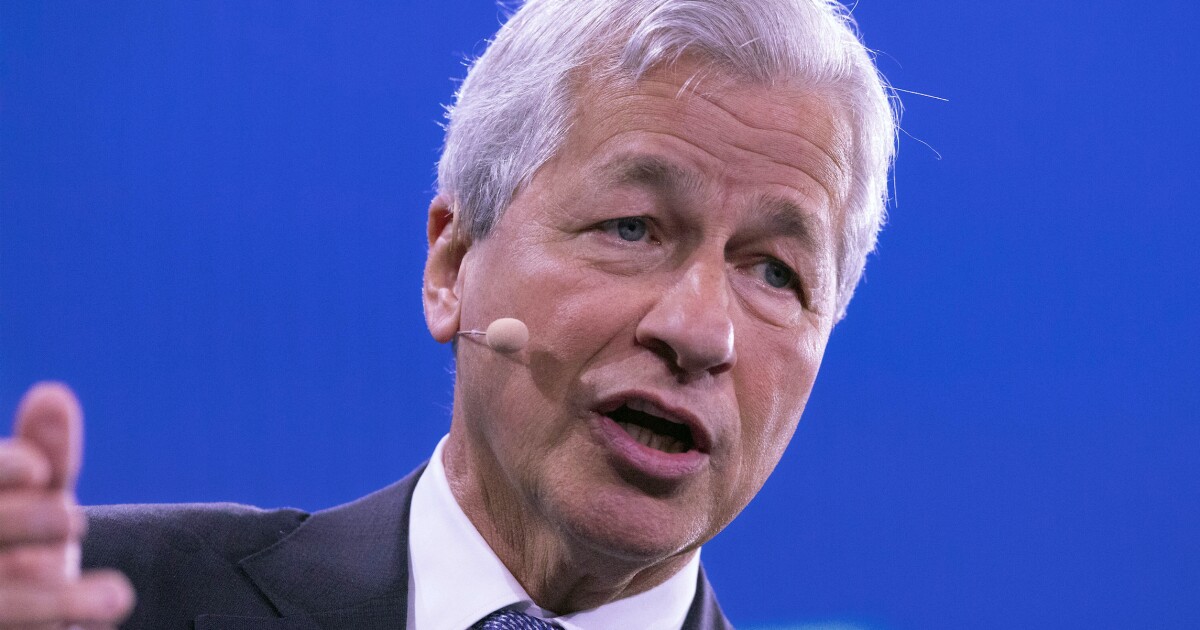 JPMorgan Chase CEO Jamie Dimon said that while his company supports free and open elections, employees will not pressure the firm to interfere in the voting laws of individual states.

“That’s fine. We have the same principles about free and fair and open elections as most other people,” Dimon said when asked about employees who might want JPMorgan to speak out about political issues such as the recent Georgia voting law. “Getting into the detail on 50 states, we’re not going to do.”

Dimon, whose financial services firm operates worldwide and has assets of $2.5 trillion, spoke about the role of companies and corporate executives in the political and civic realm during a live interview with the Wall Street Journal on Tuesday.

The conversation follows a wave of increased corporate activism this year that has focused on the efforts of Republican state legislators to craft bills they say intend to reform voting laws after the chaotic fallout of the 2020 presidential election.

Corporate pushback against those efforts culminated in a statement organized by the Black Economic Alliance and signed by more than 500 corporations and individuals that condemns any election legislation that would “restrict” voters from having “an equal and fair opportunity to cast a ballot.” The letter ran last month as a two-page ad in the New York Times and the Washington Post.

Dimon and JPMorgan Chase were absent from the statement. And despite his remarks about not wanting to comment on the legislation of individual states, Dimon has recently expressed strong support for voting rights in a more general sense.

On Tuesday, Dimon also alluded to employees at Google who have been pressuring executives at the company against doing business with the Pentagon. Thousands of Google employees sent a letter to the CEO calling on the tech company to announce a policy not to “ever build warfare technology.” Dimon said that he is not a fan of that sort of pressure.

During the same interview, Dimon did say that companies should take stands on some issues and, citing issues such as immigration, taxation, and corporate governance, praised work that groups such as Business Roundtable, of which he is a member, have done to promote “policies that are good for America.”

At about the time of the Georgia controversy, Business Roundtable put out a broad statement about voting rights that didn’t single it out but did say that states must safeguard voting and called on elected officials “to commit to bipartisan efforts to provide greater access to voting and encourage broad voter participation.”

Some companies that have waded into the political waters surrounding the Georgia voting bill faced fierce backlash from conservatives over their opposition of the legislation, which changes some voting scheduling procedures, limits the locations of absentee ballot drop boxes, and requires photo IDs in order to vote absentee by mail.

Former President Donald Trump called for boycotts of Coca-Cola, Delta Air Lines, and other companies the executives of which trashed the bill. Republican Sen. Rand Paul of Kentucky also encouraged boycotts. “We can play the game better than them,” Trump said in an April statement.

Sen. Pat Toomey, the ranking member of the Banking Committee, told the Washington Examiner last month that “many conservatives will inevitably choose to walk away from these businesses” involved with opposing the Georgia voting law.

The pendulum seemed to swing back in the other direction for some of the companies facing conservative backlash. For example, after vociferous denunciations of the law, both Coca-Cola and Delta were, like Dimon, absent from the two-page advertisement.

When questioned about its absence, Coca-Cola appeared to try and strike a conciliatory tone between the liberal activists pushing it to oppose the Georgia voting law and the conservative activists in an uproar over the company’s political posturing.

“We believe the best way to make progress now is for everyone to come together to listen, respectfully share concerns and collaborate on a path forward. We remain open to productive conversations with advocacy groups and lawmakers who may have differing views,” the company said in a statement to the Washington Examiner. “It’s time to find common ground. In the end, we all want the same thing — free and fair elections, the cornerstone of our democracy.”

In late April, software company Basecamp's CEO Jason Fried announced, among other changes, that employees can no longer engage in “societal and political discussions.” He highlighted in a blog post that Basecamp was not a “social impact company” and said, “Every discussion remotely related to politics, advocacy, or society at large quickly spins away from pleasant.” The move caused an exodus of employees.