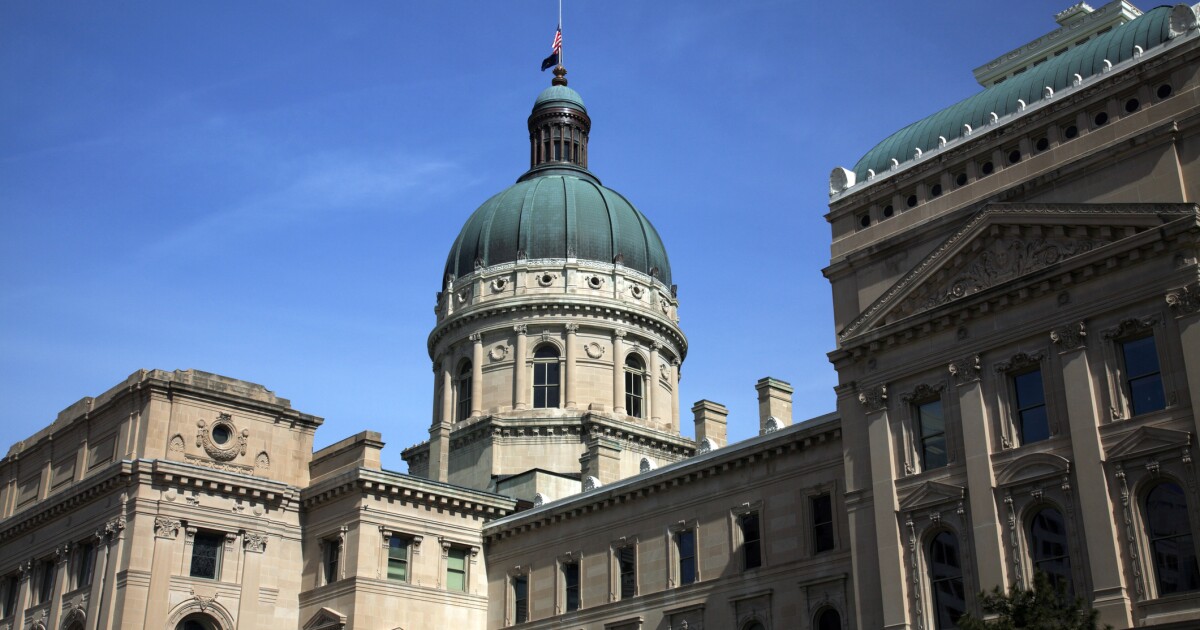 Indiana legislators are taking bold steps to hold the state’s public universities accountable – asking the state agency that oversees them to report on what universities have done to reduce the cost of a college education and what they are doing to protect intellectual property from “foreign malfeasance.”

All public universities under the proposal would also be required to survey all students on free speech by May 1, 2022.

The proposal was authored and introduced by Rep. Jack Jordan, R-Bremen.

“We are in the middle of a transformation of technology and yet, our universities are really a capital-intensive business that is archaic in the manner in which it delivers information,” Jordan said in a committee meeting in March. “In the private sector, knowledge transfer is now pennies on the dollar…The infrastructure that was needed is significantly less than it has been historically.”

He went on to say the legislature is asking the Indiana Commission for Higher Education to join with them to think about changing the cost of a college education in Indiana “by orders of magnitude” – for students, taxpayers and the state as a whole.

“In five years, how can we reduce higher ed by 10% – the total cost to students,” he said, emphasizing the word “total” and referring to “gamesmanship” in other states where tuition is lowered but fees are increased by a proportionate amount – thereby leaving the total cost of an education to students unchanged.

The bill, Senate Bill 414, which was amended with Jordan’s language, says three reports are to be delivered to the legislature by Nov. 1, and the purpose is to provide legislators with information before taking any action.

The report on the cost of college is referred to in the bill as a “business model transformation report.”

The report is to show how the average college cost can be reduced by the 2024-2025 school year, “without cost shifting initiatives to foreign or out-of-state students, and while maintaining access to Indiana students who meet existing entrance requirements,” the bill reads.

It specifies the cost-reduction analysis must look at administration and administrators, buildings, degree programs, non-academic initiatives and cost centers, technology, the percent of the faculty that is tenured and inflation.

The free speech section of the bill has gotten the most attention in the state.

Jordan told his colleagues he thinks there’s a problem with free speech on college campuses “across the board” on a national level, citing a survey by the Foundation for Individual Rights in Education (FIRE), which found that 60% of the 20,000 students at 55 universities who were surveyed said they felt they were not free to express their views on campus because of how their professors or the administration would respond.

He also cited a Knight Foundation study showing that of 3,000 students surveyed in several successive annual surveys, a rapidly declining percentage of them said their free speech rights were secure. They ranked their First Amendment rights as their “least secure” rights.

“This is national. I’d like to work together to see, is there any issue in the state of Indiana,” said Jordan.

He quoted from a Forbes magazine article: “This research is alarming for obvious reasons. Universities live and breathe on the basis of a robust protection of free speech – even and especially unpopular or offensive speech. Without freedom of speech and inquiry, universities degenerate into ideological echo chambers, which is the opposite of what a marketplace of ideas requires.”

The report to be prepared for the Commission for Higher Education, according to the bill, is to include “a detailed description of each state educational institution’s efforts to recognize and protect the freedom of speech and association rights guaranteed to the members of its campus community under the First Amendment of the United States Constitution.”

It is also to include recommendations to universities on how they are to survey their students on free speech, which is to be done no later than May 1, 2022.

The free speech survey is to “determine current perceptions of whether free speech and academic freedom are recognized and fostered by the state educational institution in a manner that welcomes expression of different opinions and ideologies with respect to, but not limited to, classes, professors and instructors, peer interactions, speakers, and campus groups.”

The surveys, the bill says, must take into account the perceptions of a “representative sample of students” at each campus location.

The third report to be prepared by the Commission for Higher Education will be on the topic of “foreign malfeasance” and is to describe what the state’s public universities are doing to protect personal data, research data, intellectual property, and controlled and classified information from being taken or misused “by a foreign government or other foreign entity.”

In talking of foreign malfeasance, Jordan cited two recent news stories, including the January 2020 arrest of the chairman of the chemistry department at Harvard University, charged with receiving more than $15 million in grants from the National Institutes of Health and the Department of Defense while not disclosing he was also being paid as a scientist by the Wuhan University of Technology and was also part of China’s “Thousand Talents Plan.”

But there is a much more recent example of Chinese espionage, involving a public university in Indiana.

In August of 2020, a PhD student from China who was studying informatics and artificial intelligence at Indiana University-Bloomington was arrested by the FBI and charged with lying on his visa application about his military status. He was in fact a Chinese military officer who stole the university’s federally funded research and gave it to the Chinese military.

Investigators said at the time that the student was operating “clandestinely” in the United States and was part of a broad scheme by China to obtain access to the latest scientific research being done at American universities.

As of the fall of 2019, there were 2,295 students from China studying at Indiana University who together paid a total of $80 million to the university in tuition and fees.

Purdue University in West Lafayette, Indiana, has an even larger contingent of students from China – 3,103 in the fall of 2019, comprising 34 percent of all international students.

Jordan’s proposal for the three reports on universities was included in SB 414 when it passed the Indiana House of Representatives on April 13 by a vote of 66-29. The bill will now go to a conference committee to be finalized before being sent to the governor.