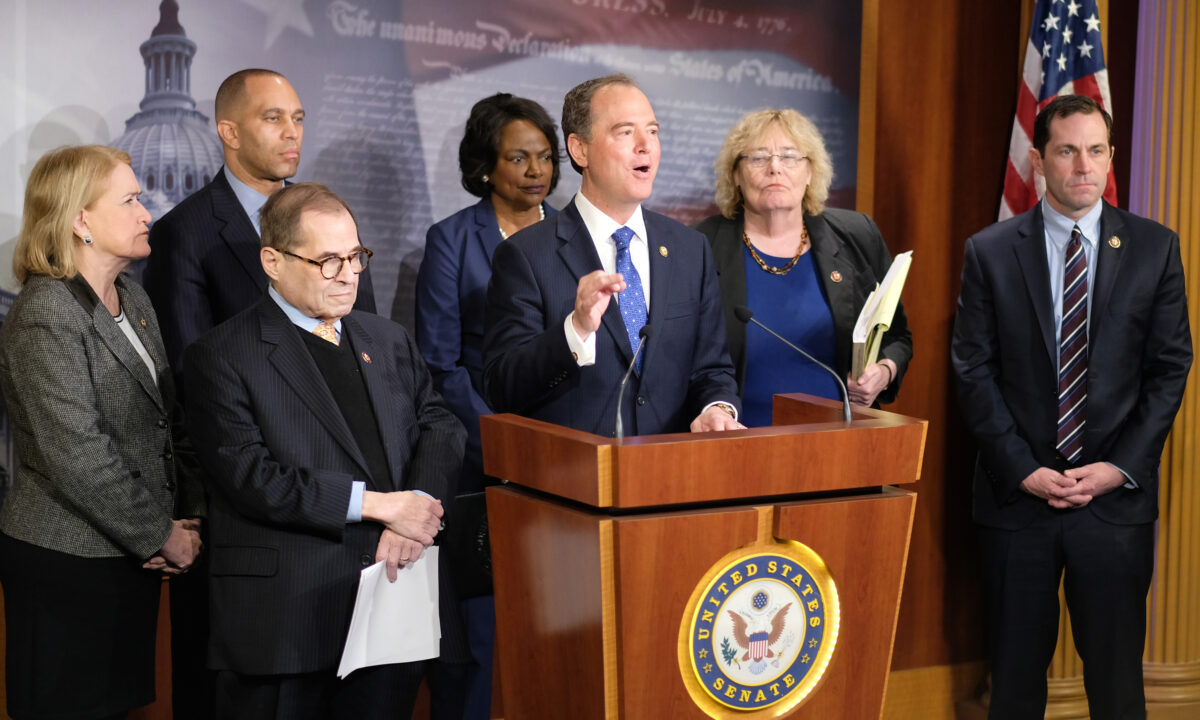 Rep. Adam Schiff (D-Calif.) said Thursday that if Republicans in the Senate vote against the Jan. 6 commission bill that passed in the House this week, Democrats “are going to insist on getting answers one way or the other,” while speaking on CNN’s “The Situation Room.”

The National Commission to Investigate the January 6 Attack on the United States Capitol Complex Act, also known as HR 3233, is modeled after the investigation into the Sept. 11, 2001, terrorist attacks. The proposed measure would create in the legislative branch an independent, 10-member commission to investigate “relevant facts and circumstances relating to the attack on the Capitol,” and “evaluate the causes of and the lessons learned from this attack.”

The House passed the bill Wednesday 252-175, with all 217 Democrats in favor of the measure and 35 Republicans joining.

House Minority Leader Kevin McCarthy (R-Calif.) and Minority Whip Steve Scalise (R-La.)—the two top House Republicans—voted against the bill. McCarthy, who was the first to formally announce his opposition to the legislation, said that its scope is too narrow and should include other political violence such as the numerous riots by leftist groups in multiple cities last year.

The bill now goes to the evenly-divided Senate for a vote but Senate Minority Leader Mitch McConnell (R-Ky.) said he, like McCarthy, will oppose the bill because of the scope of the commission.

CNN’s Wolf Blitzer asked about what Democrats would do if the Senate votes against the commission. Schiff, a fierce opponent of former President Donald Trump and major proponent of the debunked Russia collusion narrative, suggested McConnell was not acting independently.

The comments Schiff was referring to were made by McConnell from the Senate floor on Wednesday.

“After careful consideration, I’ve made the decision to oppose the House Democrats slanted and unbalanced proposal or another commission to study the events of Jan. 6, as everybody surely knows I repeatedly made my views about the events of Jan. 6 very clear,” McConnell said, adding that “there is, has been, and there will continue to be no shortage—no shortage—of robust investigations by two separate branches of the federal government.”

Politico reported that McConnell also made comments opposing the House’s Jan. 6 commission bill at a private breakfast on Wednesday.

“It’s not at all clear what new facts or additional investigation yet another commission could lay on top of the existing efforts by law enforcement and Congress,” McConnell said.

Senate Majority Leader Chuck Schumer (D-N.Y.) dismissed McConnell’s comments, saying the vote on the commission bill will proceed, regardless of the opposition.

“Here in the Senate, we will have a vote on the January 6 Commission. The only way to stop these lies is to respond with the truth, with facts, with an honest objective investigation of what happened that day. An independent commission can be the antidote to the poisonous mistruths that continue to spread about Jan. 6,” said Schumer.