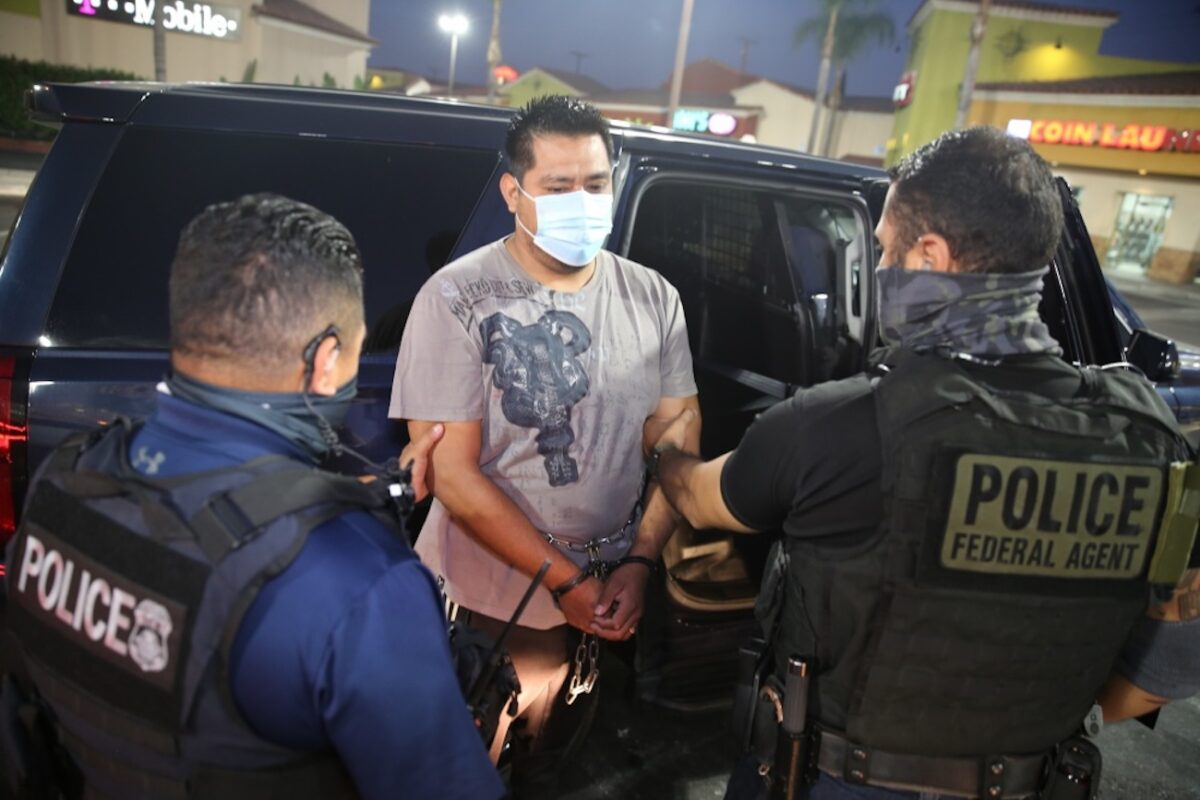 The number of deportations carried out by Immigration and Customs Enforcement (ICE) in April has hit a record low, the agency told The Epoch Times on Thursday.

The figure comes amidst a 20-year record-high number of illegal border crossings.

ICE completed 2,962 deportations last month, not including Title 42 expulsions, a reflection of the restrictions that the Biden administration has placed on the agency.

“This has allowed ICE to focus on the quality of enforcement actions and how they further the security and safety of our communities rather than the simple quantity of arrests and removals.”

U.S. Customs and Border Protection released an operational update in April that stated more than 172,000 illegal immigrants were apprehended in March along the Southwest border.

“ICE continues to implement the civil immigration enforcement priorities directed by the U.S. Department of Homeland Security (DHS) on Jan. 20, to focus our limited resources on threats to national security, border security and public safety,” the spokesperson wrote, “ICE will continue to carry out is duty to enforce the laws of the United States in accordance with the Department’s national security and public safety mission.”

Last week, as part of a court-ordered finding related to a lawsuit Arizona and Montana filed against the DHS, Arizona Attorney General Mark Brnovich’s office announced that they acquired internal documents and emails from the federal government that “convey a shocking disregard for the safety of American communities by the Biden Administration,” said Brnovich. “The Biden Administration and its radical allies are effectively abolishing ICE through administrative acts.”

Administrative records discovered as part of the lawsuit against DHS and ICE officials resulted in 5,000 pages of records, out of which only 170 were not redacted.

Arizona and Montana are the first states to find the information.

His office said that the states are “challenging DHS’s interim guidance that presumptively halts nearly all deportations outside of three narrow categories.”

The two states took legal action in March in order to halt the Biden administration’s new immigration regulations, which they claim would cause an adverse effect on the states.

According to Brnovich’s office, emails in the records disclose that a high-ranking ICE official said that the new policy would cause an approximately 50 percent decrease in ICE arrests.

In addition, other data pointed out that the policy could lead to felons convicted of “murder, kidnapping, assault, sexual assault, weapons, and other serious charges” being set free into communities.

The Epoch Times reached out to DHS for comment.