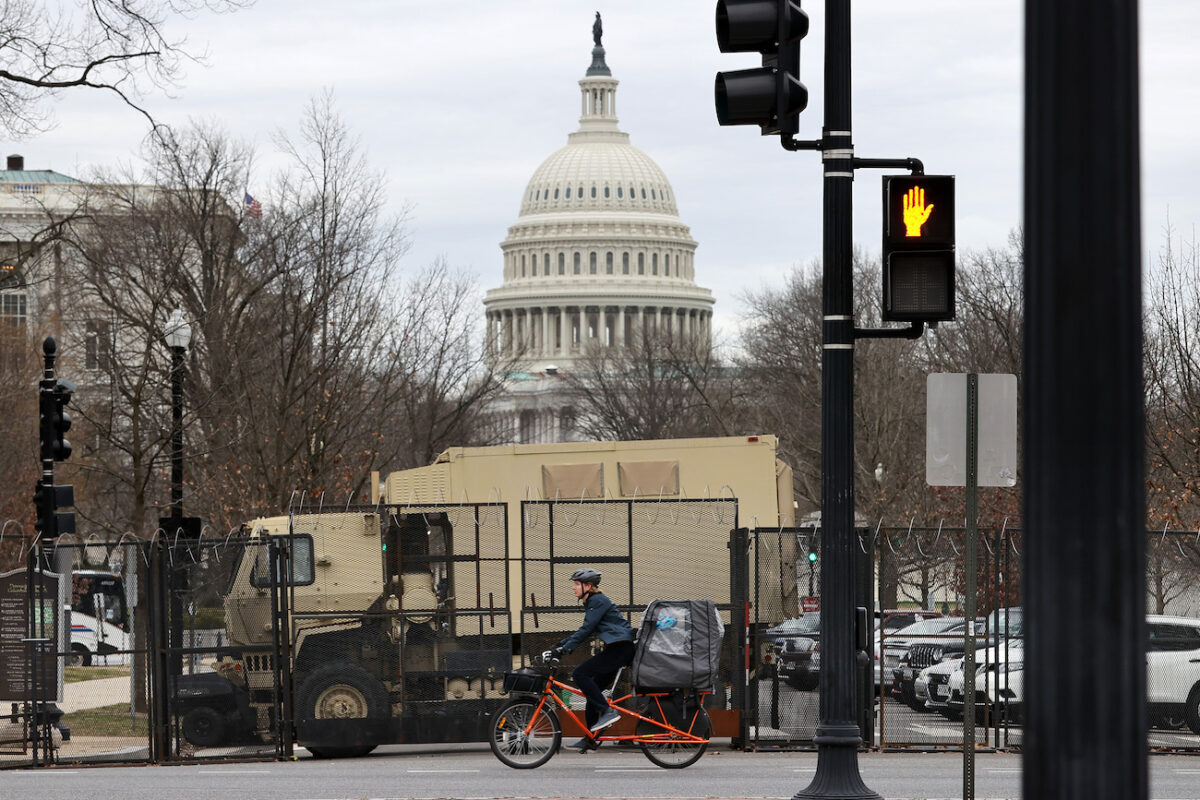 The House of Representatives voted on May 20 to approve $1.9 billion to increase U.S. Capitol security in response to the Jan. 6 breach, with several left-wing “Squad” members voting either no or present.

The House voted 213-212 to approve the measure, which faces an uncertain future in the Senate, where 60 votes are needed to advance legislation.

“This bill is not about politics. It’s not about settling scores,” Appropriations Committee Chairman Rosa DeLauro (D-Conn.) said on the floor of the chamber. “It’s about ensuring that every person who comes onto the Capitol grounds is safe and is protected. The funding is not optional.”

Republicans have said that while the GOP supports the U.S. Capitol Police and National Guard members who were deployed after the Jan. 6 breach, they view the bill as partisan and drafted without consideration for how the funds would be spent.

The bill would reimburse the National Guard for costs incurred when troops were deployed to the Capitol earlier this year, provide Capitol Police with overtime pay, and other resources. The bill would also create a response force that would aid Capitol Police during a crisis, as well as fortify doors and windows at the building.

“House Dems just passed a Capitol security bill that costs $3.5 million per member of Congress. Defund the Police for thee but not for me,” wrote Rep. Jim Banks (R-Ind.).

“It also provides $200 million to establish a force within the D.C. National Guard to respond to incidents at the Capitol, raising serious concerns about the role of our military on American soil.” Rep. Kay Granger (R-Texas) added.

Senate Minority Leader Mitch McConnell (R-Ky.) indicated that the proposal needs another review when it heads to the Senate.

“We’re not sure what to spend the money on yet. So I think we are pushing the pause button here,” he said.

The three Democrats who voted against the measure said that they don’t want to provide more funding to what they called police surveillance.

“This bill prioritizes more money for a broken system that has long upheld and protected the white supremacist violence we saw on display that day,” Bush, Omar, and Pressley said in a statement. Bowman, who voted present, told news outlets that he doesn’t want to provide “more funding to police budgets.”

The bill’s passage comes as the Pentagon confirmed at a news conference that the National Guard will be leaving the Capitol on May 23.

“We have received no request to extend it,” Department of Defense spokesman John Kirby said, referring to the National Guard deployment around the Capitol building.