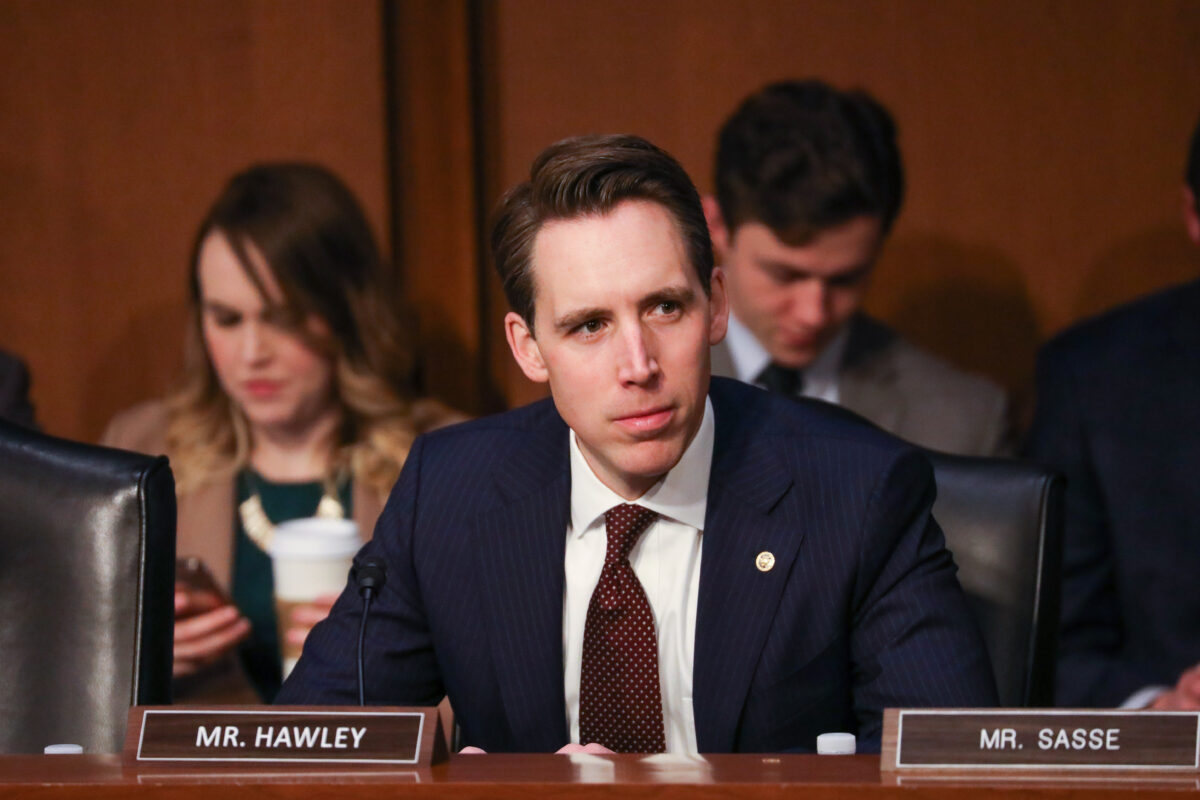 Republican senators Josh Hawley of Missouri and Mike Braun of Indiana want Americans to see United States intelligence on the links between China’s Wuhan Institute of Virology (WIV) and the origins of the CCP Virus, which is the cause of  COVID-19.

Their legislative proposal—the Covid-19 Origin Act of 2021—directs President Joe Biden to declassify the intelligence collected to date by U.S. agencies on the potential links between the WIV and the virus.

The Office of the Director of National Intelligence (ODNI) has been collecting information on WIV and the origins of the virus since at least April 2020.

The WIV is closely associated with the Chinese military and its biological warfare research programs. The WIV has received U.S. tax dollars via grant money awarded by a unit of the National Institutes of Health (NIH) to a private research group, the EcoHealth Alliance.

The NIH unit that approved the grant, the National Institutes of Allergies and Infectious Diseases, is headed by Dr. Anthony Fauci. Fauci’s group did not submit the grant to review by a federal oversight board, according to the Daily Caller News Foundation (DCNF).

The review board is part of the Department of Health and Human Services (HHS), but the only member whose name is publicly available is the chairman, Chris Hassell, the senior science advisor for the HHS Office of the Assistant Secretary for Preparedness and Response.

“As much as it would be good to publicize the individual names, which has been suggested, if that chills anyone being willing to serve on that committee, that would be detrimental,” Hassell said, according to the DCNF.

“When it comes to oversight of U.S. tax dollars headed to the Chinese Communist Party, Dr. Fauci seems like he’s literally whistling past the graveyard,” Rep. Scott Perry (R-Pa.) told the DCNF, which first reported the lack of review.

“It seems to me this was done by design to allow this kind of research to be done in these kinds of places without any kind of scrutiny,” Perry said, referring to the lack of grant oversight.

The Hawley-Braun proposal text specifies that “the Director of National Intelligence should declassify and make available to the public as much information as possible about the origin of COVID–19 so the United States and like-minded countries can—(A) identify the origin of COVID–19 as expeditiously as possible, and (B) use that information to take all appropriate measures to prevent a similar pandemic from occurring again.”

The declassification that would result from enactment of the Hawley-Braun proposal is needed, the Missouri Republican said, because of the country’s growing “Cancel Culture” that inhibits criticism of official government narratives and policies on the virus.

“For over a year, anyone asking questions about the Wuhan Institute of Virology has been branded as a conspiracy theorist. The world needs to know if this pandemic was the product of negligence at the Wuhan lab but the Chinese Communist Party (CCP) has done everything it can to block a credible investigation,” Hawley said in a statement announcing the proposal’s introduction in the Senate.

“That’s why the Biden administration must declassify what it knows about the Wuhan lab and Beijing’s attempts to cover up the origin of the pandemic,” Hawley said.

“Identifying the origin of the COVID-19 pandemic is vital for preventing future pandemics, and as investigations and research into the origins of the virus continue, the Biden administration should declassify intelligence related to any potential links between biological research laboratories in Wuhan, China and the COVID-19 pandemic,” Braun said in the statement.

The statement also linked to a recent CNN interview with former Centers for Disease Control and Prevention (CDC) Director Robert Redfield in which he said he believes the virus did not originate with bats being sold for human consumption in a market near the WVI.

“I’m of the point of view that I still think the most likely etiology of this pathology in Wuhan was from a laboratory. Escaped. Other people don’t believe that. That’s fine. Science will eventually figure it out,” Redfield said.

The statement also linked to a recent Washington Post editorial calling for declassification of U.S. intelligence about the WIV in the months prior to the breakout from China to the United States and the rest of the world in late 2019.

“The United States possesses classified intelligence information about illnesses in the autumn of 2019, before the global pandemic, at the Wuhan Institute of Virology, or WIV, which was carrying out research on bat coronaviruses very similar in genetic makeup to the pandemic virus. The intelligence should be declassified, and soon,” the Post editorial stated.