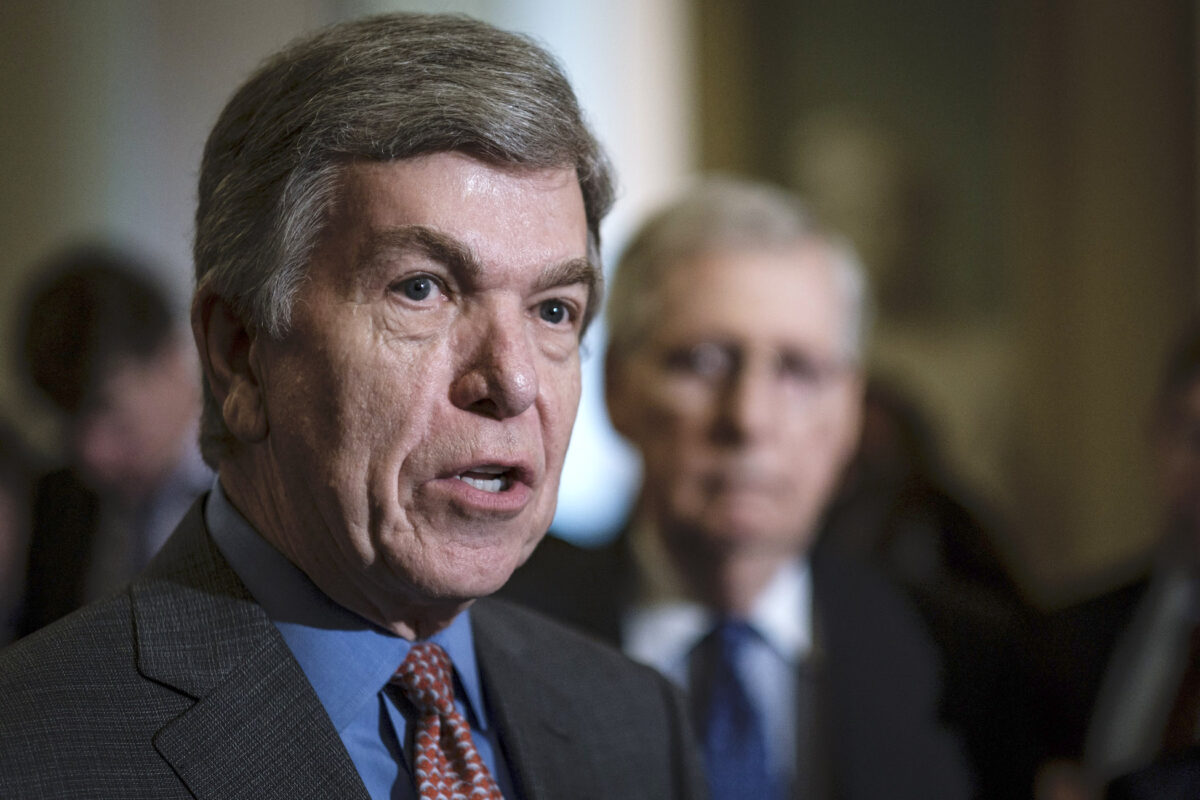 “These policies are not sustainable, the spending levels are out of control and these are all going to lead to economic catastrophe,” said Lee.

Senate Minority Leader Mitch McConnell (R-Ky.) told reporters earlier this week that he has no problem with funding infrastructure projects but his definition of infrastructure differs from his Democratic colleagues.

“There’s broad bipartisan support for tackling the infrastructure issue, but it depends on what your definition is. This package that they’ve laid out at the beginning, styled infrastructure is a Trojan horse for massive tax increases and a whole lot of more debt,” said McConnell.

He added that he hopes some Democrats will join Republicans for a more focused bill that takes spending into consideration.

“Hopefully there’ll be some Democrats who share our views that we had to tackle infrastructure in a more modest way targeted at the problem and credibly paid for, rather than adding it to the national debt.”

Meanwhile, Biden said the definition of infrastructure is constantly evolving and must include more than roads, bridges, and airports.

“The idea of infrastructure has always evolved to meet the aspirations in American people and their needs. And it’s evolving again today. We need to start seeing infrastructure through its effect on the lives of working people in America,” Biden said at a press conference Wednesday.

He said he is open to debate with Republicans but cautioned that he will not be open to inaction.

“Now since I announced this plan. I’ve heard from my Republican friends, say that it’s many of them say it’s too big and say ‘why not focus on traditional infrastructure, fix what we’ve already got, roads and highways exist and the bridges.’ I’m happy to have that debate. But I’d say my view. We are America. We don’t just fix for today, we build for tomorrow,” Biden added.

Sen. Todd Young (R-Ind.) said that although the definition of infrastructure is malleable, like Biden’s including an eldercare provision in the bill, they that don’t fit under the category of infrastructure, and lawmakers should include those in separate legislation.

“So why don’t we call, what they are, and consider them under the appropriate committee of jurisdiction go through so-called regular order in the United States Senate, that brings transparency to the process and ensures we spend every single taxpayer dollar as if it were our own,” Young told Fox News on Thursday.

Sen. Roy Blunt (R-Mo.) said he would like to see the Biden administration do two separate bills, one for core infrastructure and another for their added priorities.

“If the proposal was to do just that [focus on core infrastructure] I don’t think there’d be a problem with a bipartisan group of supporters for this package. I’ve reached out to the White House, a couple of times now, and said, you’ve got a an easy bipartisan win here, if you’ll keep this package narrowly focused on infrastructure,” Blunt told ABC.