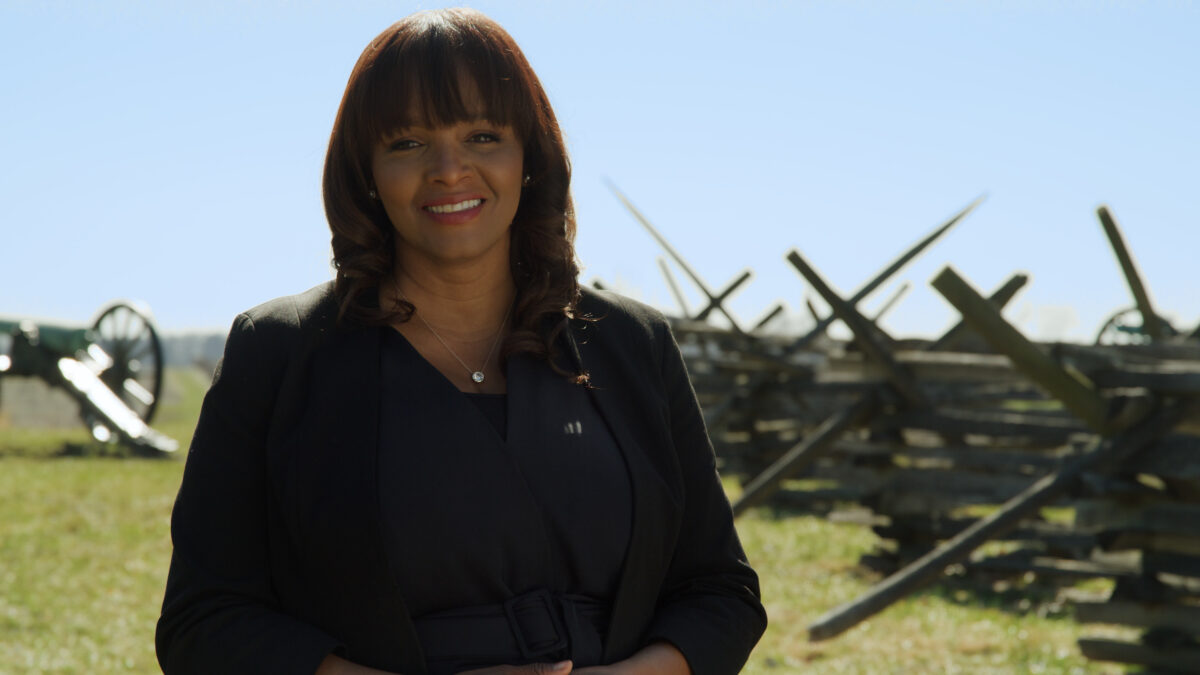 Kathy Barnette, the Pennsylvania Republican who recently launched her campaign for the U.S. Senate, told The Epoch Times that she supports limiting the number of terms lawmakers can serve in Congress and committed to serving a maximum of three terms herself.

“I intend to only run for no more than three,” Barnette said.

Sen. Pat Toomey (R-Pa.), the retiring lawmaker whose seat Barnette is running to fill, was one of six Republicans who introduced a bill earlier this year to amend the Constitution to limit the number of terms lawmakers can serve. Sen. Ted Cruz (R-Texas) has led the charge on term limits since 2016 when he and then-Rep. Ron DeSantis (R-Fla.) announced their intention to introduce a bicameral term limit bill. DeSantis is now the governor of Florida.

The Constitutional amendment before Congress this year would limit members of the House to three six-year terms and senators to two three-year terms.

Barnette, 49, is an author and political commentator. After announcing her bid for Toomey’s seat on April 6, she racked up an impressive list of endorsements, including Rep. Burgess Owens (R-Utah), conservative talk show host Larry Elder, former Trump White House official Sebastian Gorka, and former NYPD Commissioner Bernard Kerik, among others.

Barnette grew up on a pig farm in Alabama in a house with no running water or insulation. She was conceived in rape when her mother was 11 years old and has written about the matter as part of her opposition to abortion. If elected, she would be the first Republican black woman to serve in the Senate.

“I have yet to meet someone who was poorer than me. And I don’t think it should be a race of oppression,” Barnette said. “What the Democrats are dabbling in, it looks like an oppression Olympics.”

Barnette managed to escape poverty, but she doesn’t credit the government for helping her do so.

Three Republicans have formally declared their intention to run for Toomey’s seat: Everett Stern, a Republican businessman best known for exposing the HSBC money-laundering scandal, Sean Gale, an attorney who ran for the  Montgomery County Commission in 2019, and Jeff Bartos, a real estate developer in the Greater Philadelphia market.

Gale told The Epoch Times he also supports term limits. Bartos and Stern did no respond to the same inquiry.

“Every election cycle we hear politicians talk about term limits, yet nothing ever happens,” Gale said in an email. “If the American people want term limits [then] they should stop reelecting these do-nothing old farts.”

Toomey won re-election in 2016 against Democratic nominee Kathleen McGinty by 1.7 percent of the vote.

In 2020, the Republicans and Democrats each won nine U.S House seats in Pennsylvania; President Donald Trump lost the state by 1.2 percent to Joe Biden.

Barnette’s debut campaign video is light on policy and heavy on identity politics. In the three-minute clip, she describes herself as a “black conservative woman,” refers to President Joe Biden as the “white man in the White House” and accuses the Black Lives Matter movement of shunning black conservatives.

“Joe Biden might not think I’m black enough because I won’t just shut and do as I’m told and D.C. might not be ready for me, but I’m ready for this fight,” Barnette says in the video.

Barnette shared policy positions in the interview with The Epoch Times, including her views on election integrity and confronting the genocidal communist regime in China.

Barnette said she is in full alignment with the election reform goals set out by former President Donald Trump at the Conservative Political Action Conference in February: limiting voting to Election Day only, doing away with mass, “no-excuse” mail ballots, and requiring voter ID.

“I’ve been black all my life. I know a whole lot of black people,” Barnette said. “I don’t know one black person who does not have an ID.”

“And I’m thinking to myself, who are these people that these Democrats are talking to?” Barnette added rhetorically, in reference to the left-wing argument that requiring voter ID is racist because a disproportionate number of black people purportedly don’t have identification.

Barnette argued that setting aside funds to issue ID cards to the small number of people without identification would be more practical than lowering “the bar to the lowest common denominator.”

Barnette also agreed with President Donald Trump’s tough stance on China and that the Chinese Communist Party (CCP) should be held accountable for its ongoing human rights abuses, including the persecution of Falun Gong and the genocide against Uyghur Muslims. The CCP should also pay the price for abetting the spread of the CCP virus, commonly knows as the novel coronavirus, Barnette said.

“No one talks about how organs are harvested? Who does that? What kind of people harvest other people’s organs?” Barnette said in reference to the CCP ongoing practice of forced organ harvesting from prisoners of conscience, mostly Falun Gong practitioners.

“And we’re trying to find common ground with these people?” Barnette added, referring to the Biden administration’s China policy.