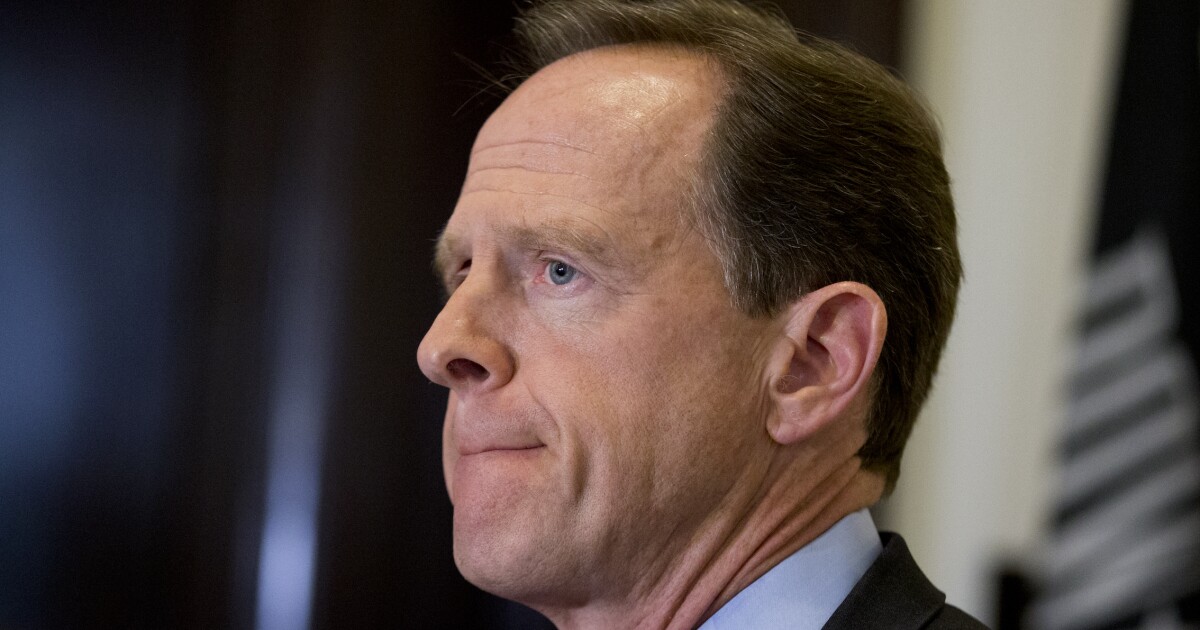 Republicans are staunchly opposing President Joe Biden's plans to pursue a hike in the capital gains tax in order to pay for his family spending plan.

The administration is reportedly weighing nearly doubling the capital gains tax for wealthy individuals from 20% to 39.6%. Individuals making $1 million or more could end up being subject to a federal rate of up to 43.4% when an existing Obamacare surtax on investment income is included.

Reports about the capital gains tax proposal surfaced on Thursday as the White House continues to iron out details of its American Families Plan, which is expected to cost at least $1 trillion and will be announced next week when Biden addresses a joint session of Congress. The increased taxes are meant to help offset the hefty cost of the package, although Republicans are already balking at the notion of raising the tax because of the impact it could have on the economy.

“We should be encouraging more capital investment, not less. This is terrible idea and it should be roundly rejected,” he said.

Toomey, who is also the ranking member on the Senate Banking Committee, also asserted that the idea of raising the capital gains tax to that level is so punitive that it “could actually lead to a decrease in tax revenues.”

The Wharton School at the University of Pennsylvania released a report on Friday based off of its budget model that predicted that increasing top statutory rate on capital gains to 39.6% would, in fact, decrease tax revenue by $33 billion over the next decade or so. On the other hand, if capital gains were taxed at death, as Biden had proposed on the campaign trail, the model found that the capital gains hike would raise $113 billion in revenue.

Today, gains are not taxed as such at death. Instead, the tax code allows for inherited assets to be taxed at the basis value of when they were inherited rather than the basis value of when they were initially purchased, a policy known as the step-up in basis, significantly reducing the capital gains tax amount when the inheritor wants to sell. Even with the stepped-up basis, those who inherit assets are still subject to estate taxes.

Sen. Rick Scott is also not budging on increasing the capital gains tax. His office said in a statement to the Washington Examiner that Biden’s tax agenda “has no limits” and that the Florida Republican “will never support raising taxes.”

“As Biden’s Administration continues to find new ways to raise taxes on American families and destroy our economy, Senator Scott is focused on defeating these job-killing ideas, reining in the Democrats’ out-of-control spending and getting our debt under control so every American family has the opportunity to succeed,” the office said.

Chuck Grassley of Iowa, a top Republican on the Senate Finance Committee, also said Biden’s reported capital gains plan would “cut down on investment and cause unemployment.”

The GOP opposition isn’t just in the Senate but also in the House. Rep. Kevin Brady, the ranking member of the Ways and Means Committee, said the move would punish investment in local businesses and “sabotages” U.S. economic recovery.

“Why do we tax capital gains at lower rate than other income? When you earn $, after taxes you have 3 options: spend it, save it, or invest it – perhaps stocks, rental home, local biz or in a start-up. Investment is risky, but best to grow jobs/economy. That’s why,” he quipped.

The stock market also reacted to Thursday’s reports by dropping the most it has in over a month. The Dow Jones Industrial Average closed more than 320 points lower, and the NASDAQ dropped by about 0.94%.

The proposed capital gains tax is not the only change to tax policy that Republicans are working against.

Following a $1.9 trillion spending package meant to help the economy recover from the COVID-19 pandemic, Biden announced another $2.3 trillion infrastructure plan that is intended to be entirely paid for through changes in the corporate tax structure. GOP senators introduced a $568 billion counteroffer to Biden’s infrastructure plan on Thursday that focused entirely on tangible infrastructure such as roads, bridges, and transit systems.

The Washington Examiner contacted the White House for comment about the Republican opposition to capital gains increases and how it intended to work with the GOP on the matter but did not receive a response.