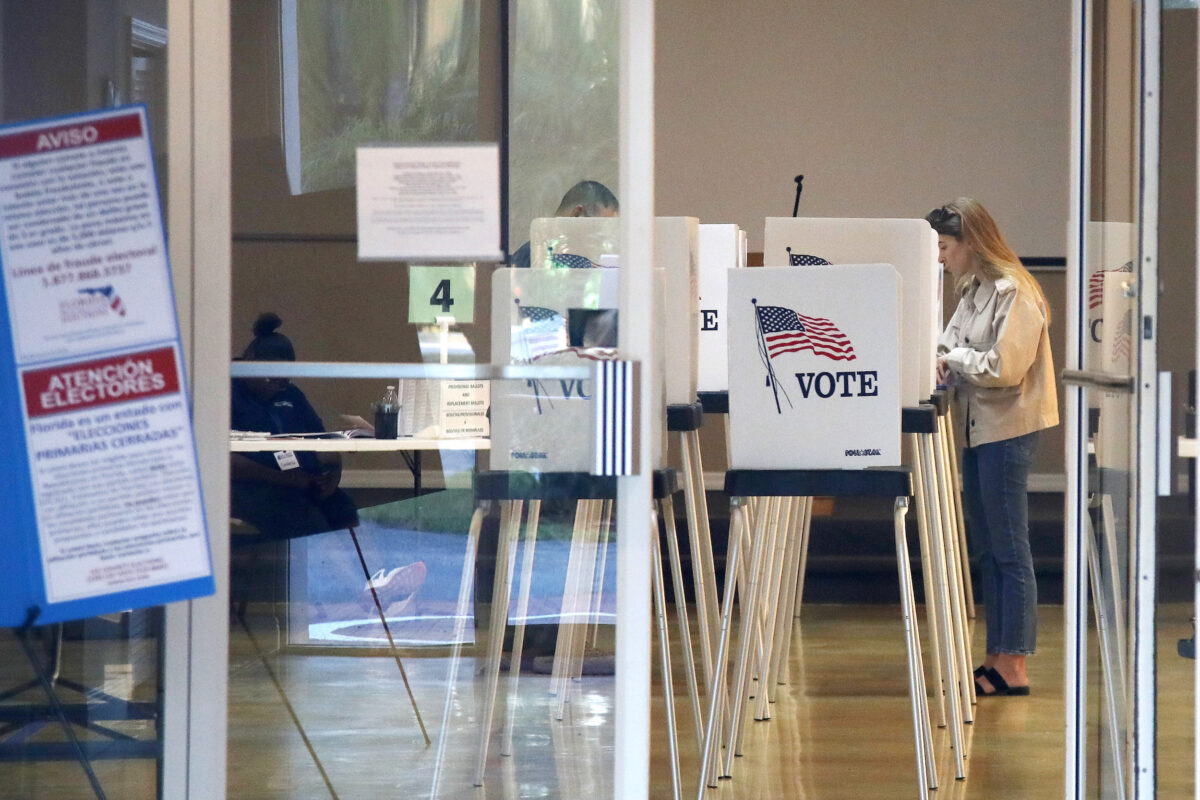 If signed, it would require signature verification for voters, provided by a “wet signature” physically signed on paper kept on file, and access to drop boxes would be limited to early voting hours unless they are located at election supervisors’ offices. Drop boxes would also have to be monitored in-person by an elections official, and ID would be required when dropping off ballots.

Other aspects in the bill include limitations on who can return a finished mail-in ballot, preventing election officials from entering consent agreements, and requiring voters to request a mail ballot every election cycle, rather than every two, as under current law.

The legislation would also ban anyone from “engaging in any activity with the intent to influence or effect of influencing a voter” but allow election supervisors to provide “non-partisan assistance,” such as giving items, including food and water, to voters within the restricted zones.

The bill also requires supervisors to set and publish drop box locations 30 days before the election. Those locations cannot be moved for any purpose.

SB 90 was amended from a previous stricter version which had originally banned drop boxes completely.

A spokesperson for Gov. Ron DeSantis said he supports the bill, noting it “will ensure that Florida remains a national leader in election security, integrity and transparency,” ABC News reported.

Democrats, including state Rep. Anna Eskamani, responded to the Senate’s decision on Thursday, calling it a “Georgia-style voter suppression bill” on Twitter.

“It makes it harder to vote by mail, prohibits groups from passing out water to voters and tries to limit ballot boxes. I’m sad but proud of the Democratic Caucus for fighting so hard. Keep fighting,” Eskamani wrote.

Earlier this month, the state of Georgia passed more stringent voting laws which elicited widespread condemnation from Democrats, including President Joe Biden who branded it “Jim Crow in the 21st Century” and “an atrocity.”

The new law adds a host of new voting restrictions, including photo identification requirements for absentee voting,  limits on the use of ballot drop boxes, and making it illegal to take food or water to voters in line. It also gives state lawmakers more control over elections.

Other states with GOP-controlled legislatures such as Arizona are also looking at making changes to their mail-in voting systems.

Americans are Frustrated with the Biden Administration