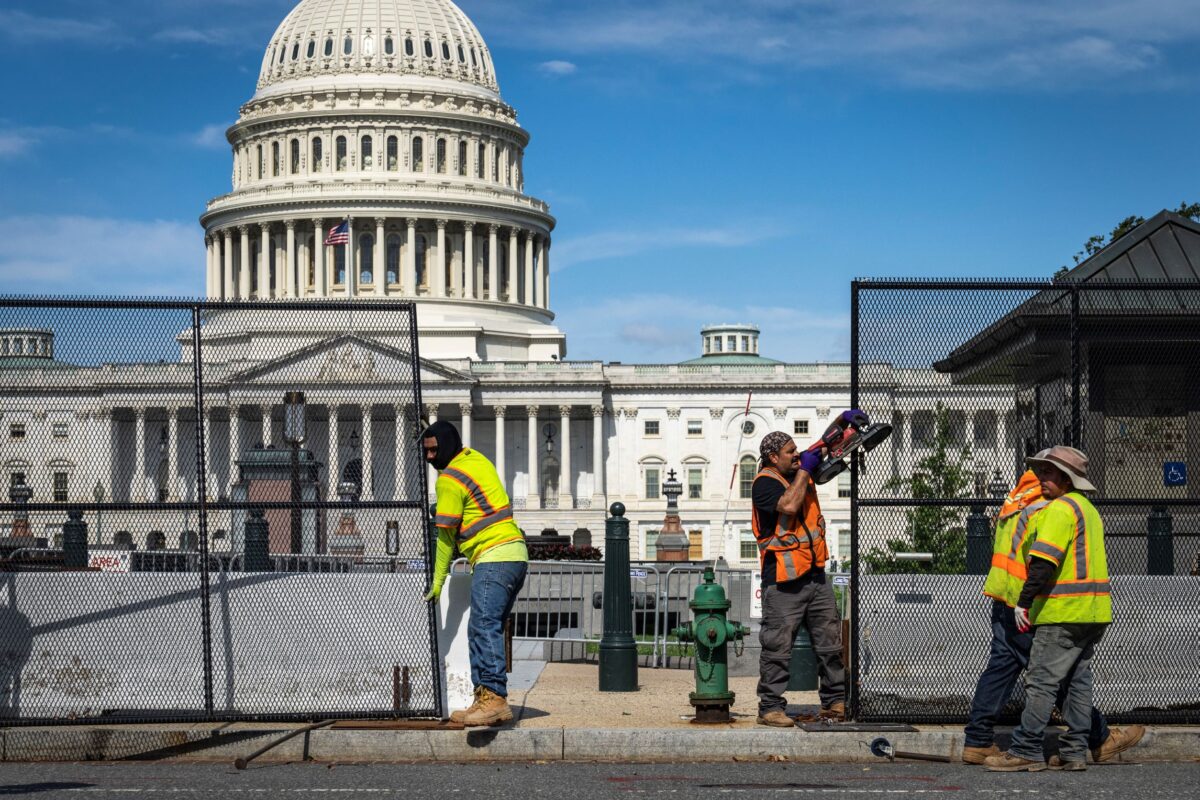 WASHINGTON—More than six months after the Jan. 6 breach on the U.S. Capitol by supporters of then-President Donald Trump, the remaining high-security fence surrounding the white-domed building has been removed, police said on Sunday.

Workers began removing the last of the eight-foot-high black mesh fencing on Friday, which at one point surrounded several blocks of Capitol Hill and interfered with pedestrian and vehicle traffic.

The decision to take down the remaining fencing was based on the current threat environment and recent enhancements to the Capitol Police’s response capabilities, according to a statement released by the agency.

“We are prepared to quickly enhance our security posture should the need arise,” said Acting U.S. Capitol Police Chief Yogananda Pittman in the statement.

More than 535 people have been charged in taking part in the Jan. 6 breach.

Five people died on the day and the day after, including a Capitol Police officer.