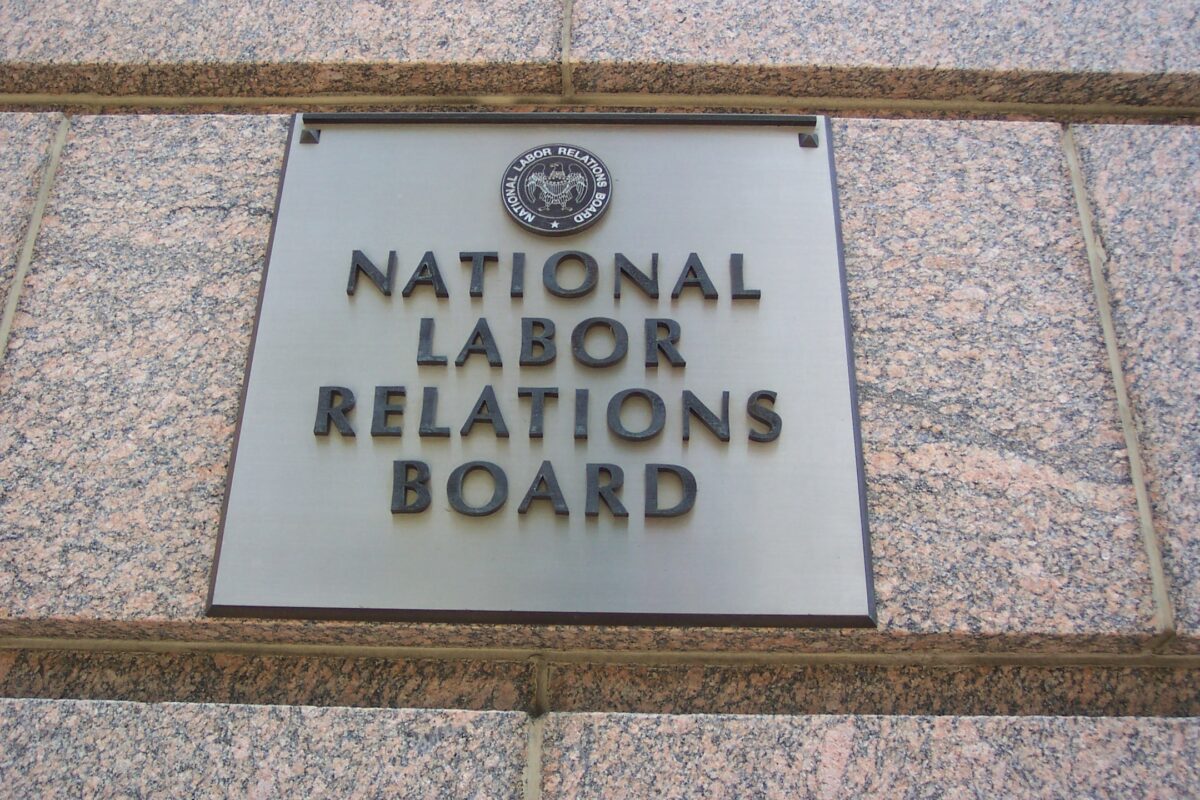 When President Joe Biden fired then-National Labor Relations Board General Counsel Peter Robb within minutes of taking the oath of office on Jan. 20, career staffers cheered, according to internal emails obtained by the National Right to Work Foundation.

Biden’s demand that Robb resign his post by the end of the official business day was delivered to him within 23 minutes of the oath-taking, making the action one of the very first taken by the then-newly inaugurated president.

When Robb refused to resign because he had been appointed by President Donald Trump in 2017 to a four-year term, Biden fired him and his deputy Alice Stock, and then named NLRB Regional Director in Chicago Peter Sung Ohr as acting general counsel. Robb was the first general counsel to be fired in the history of the agency, setting a possible precedent for presidents to remove appointees from the previous administration upon taking office.

“Once appointed, Ohr swiftly began to do the bidding of union officials, withdrawing pleadings in cases filed by workers with National Right to Work Foundation legal aid, thereby preventing the cases from being decided by the full Board in Washington, D.C.,” the NRTWF said Wednesday.

“Among others, Ohr ordered the withdrawal of two cases in which workers contended that their employers’ ‘neutrality agreements’ unlawfully aided union officials during organizing drives,” the foundation said.

The CWA had endorsed Biden during the 2020 presidential election and contributed funds and volunteers during the successful campaign to prevent Trump from being elected to a second term in the White House.

The NRTWF said “among the emails unearthed in the FOIA request was a message to Ohr from a redacted individual (identified in a subsequent FOIA as longtime NLRB attorney Emily Hunt) describing her reaction on the day of Biden’s inauguration when she learned that Robb had been removed: ‘I exclaimed to myself, ‘This day just keeps getting better and better!’ The email commends Ohr for rescinding Robb’s memos.”

Other emails obtained by the foundation included one from NLRB Region 31 director Mori Rubin who “derided Stock as a ‘clone’ of Robb. She said, ‘there is talk that Peter Ohr may be appointed acting GC, which would be wonderful!’ Respondents to the thread, whose names are redacted, proclaimed: ‘Go Biden!!’ ‘That would be terrific!’ and ‘Hope this comes true!’”

Abruzzo’s confirmation hearing before the Senate was marked by her refusal to recuse herself from cases involving her former union employer, according to the foundation.

“At a Senate hearing Abruzzo admitted she was part of the NLRB review team advocating Robb’s removal, thus undermining the independence of the very office she seeks to hold. At the hearing, Abruzzo also refused to commit to recusing herself from cases involving her former employer or its affiliates,” the foundation said.

The reference to the “NLRB review team” is to the transition teams that are typically established by a President-Elect the day after an election for the purpose of assessing departments and agencies for recommendations to the incoming-chief executive about policy and personnel changes to be considered.

“The President’s unprecedented attack on the NLRB’s Congressionally-established independence should have shocked any NLRB official concerned about neutrally applying the law, rather than twisting it to the benefit of the President’s political allies,” NRTWF’s President, Mark Mix, said.

“Yet the documents obtained show the Biden power grab was celebrated by many inside the agency who are supposed to impartially apply the law,” Mix said.

“Independent-minded workers should not have their cases adjudicated by officials who celebrate partisan, pro-union boss attacks on the NLRB. The Biden Administration continues to stack the deck in favor of union bosses and against the rights of workers who want nothing to do with union affiliation, and these emails show many at the NLRB seem all too happy to go along.”

The NRTWF statement also pointed to emails separately obtained by the Freedom Foundation (FF) via a FOIA request as evidence of the pro-union bias among NLRB staff. Among the internal messages published by the FF were these:

Kayla Blado, the NLRB’s spokesman, told The Epoch Times that, “these are personal comments from current and former career employees congratulating Acting General Counsel Peter Sung Ohr on his presidential designation in this position after serving as a career employee himself for several decades.”

Blado added that, “as the first immigrant and Asian-American to hold this position, he was proud to serve in this capacity and uphold the National Labor Relations Act.”