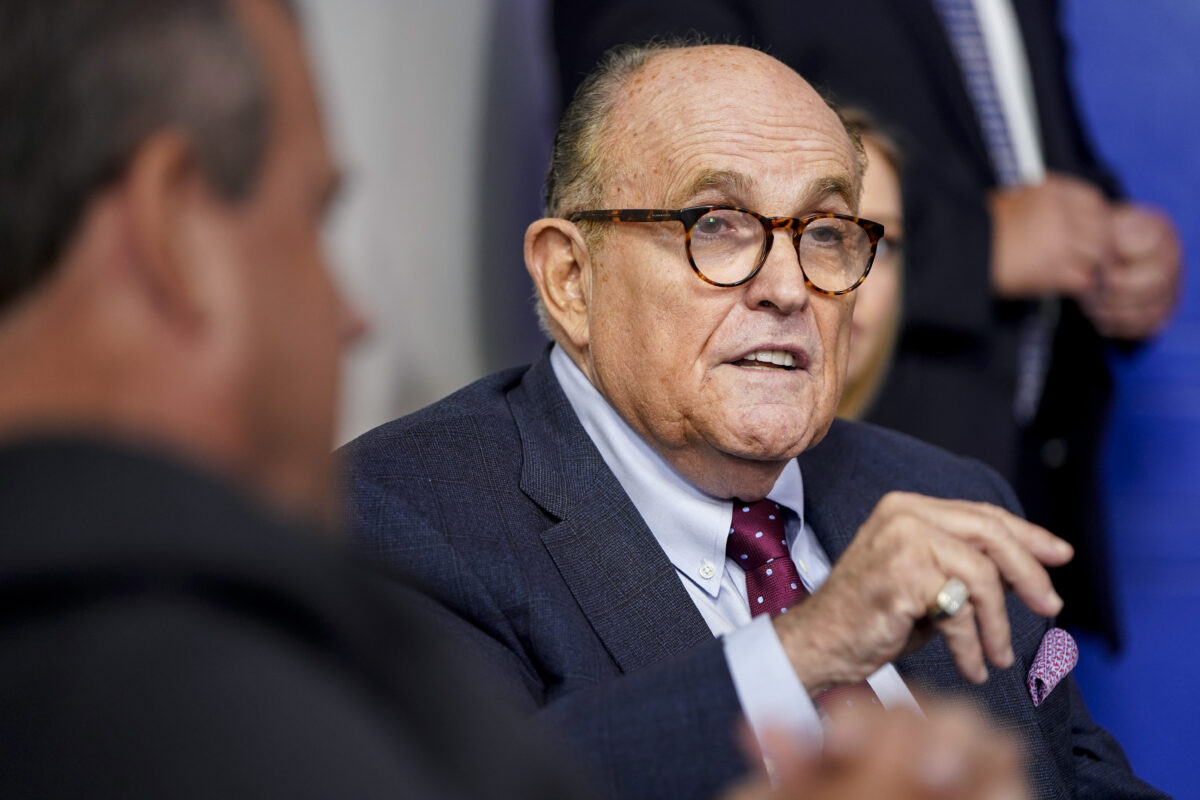 Giuliani’s attorney Robert Costello told Fox News that seven FBI agents arrived at his apartment at 6 a.m. Wednesday and remained at his home for about two hours. They seized laptops, cell phones, and other electronic devices, said Costello.

“This is totally unnecessary,” Costello told Fox News, adding the raid was carried out “make him look like he’s some sort of criminal.”

The New York Times was the first to report on the search, claiming that it may have at least partially stemmed from his dealings in Ukraine over the years. Giuliani was not arrested or charged with a crime.

“What they did today was legal thuggery,” Costello told the paper. “Why would you do this to anyone, let alone someone who was the associate attorney general, United States attorney, the mayor of New York City and the personal lawyer to the 45th president of the United States.”

Costell also told the Wall Street Journal that in recent years, he had offered to answer investigators’ questions but they declined. “It’s like I’m talking to a wall,” he said.

The Epoch Times has contacted the FBI and Giuliani’s team for comment.

In 2019, in the midst of the first House impeachment inquiry into Trump, prosecutors charged two alleged former associates to Giuliani, Lev Parnas and Igor Fruman, with unrelated crimes regarding alleged campaign finance violations. Their trial is scheduled for October 2021.

On Jan. 20 of last year, Giuliani appeared on Fox News’ “The Ingraham Angle” and said he’s no longer close to Parnas, a former client, and claimed that Parnas was lying about some of his claims.

One example, according to Giuliani, was a claim that Parnas met with Trump at the White House during Hanukkah and was deputized by the president.

“Lev is someone I was close to. Obviously, I was misled by him. I feel very bad. I still feel sorry for him. I’m not going to respond to him for each and every one of the misrepresentations he’s made because there were so many,” he said. “If I’m called as a witness, I’m prepared to do it.”