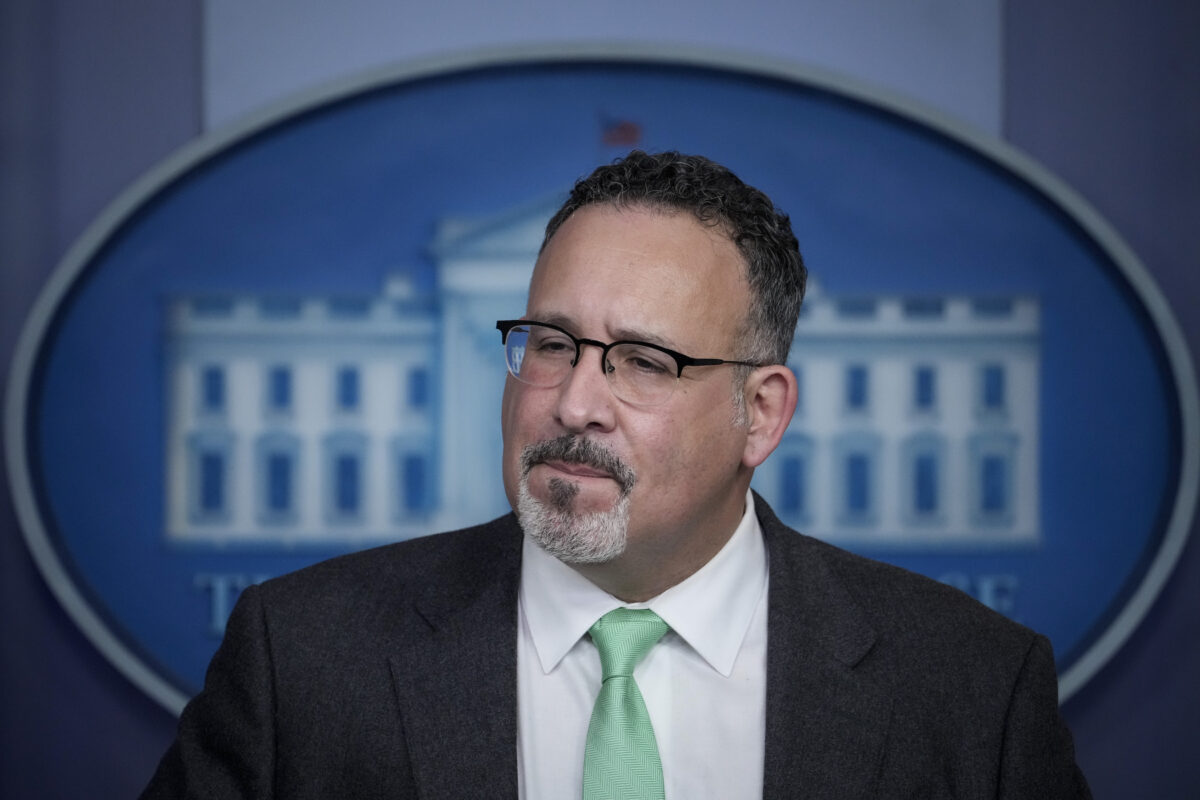 At a budget request hearing Wednesday, Rep. Tom Cole (R-Okla.) confronted Education Secretary Miguel Cardona over a proposed new rule that would direct a federal grant to prioritize the teaching that America is inherently racist.

Cole, a vice ranking Republican member of the House Appropriations Committee, said he was “deeply concerned” by the Education Department’s new priority criteria for a $5.3 million American History and Civics Education grant. The proposal, which is currently undergoing a 30-day public comment period, specifically cites the New York Times’s “1619 Project” and the works of critical race theorist Ibram X. Kendi as exemplary materials for K-12 educators to use.

The 1619 Project, which sought to reframe U.S. history, consists of a collection of essays that argue, among many other controversial claims, that the primary reason for the American Revolution was to preserve slavery. Its historical accuracy has also been challenged by a variety of scholars, including the project’s own fact-checkers.

“Civics education, in my view, ought to heal what divides our country and this proposal, in my view, exacerbates that,” the congressman added.

In response, Cardona explained that the proposal is not meant to dictate curriculum at the federal level, but to make clear the kind of content his department wants grant applicants to incorporate into their curriculum.

“The Education Department does not mandate curriculum, nor does it lean in one way or another,” Cardona said. “What it does do is provide parameters for grants to be submitted, clarity so that those who are submitting grants can submit.”

“Yes, we have a divided country, but our education system is going to unite us,” he added. “The goal here is to build community, help students engage in their learning, and grow together.”

“But that Registry notice did not unite us and is doing quite the opposite,” said an unimpressed Cole.

In a statement to The Oklahoman after the hearing, Cole said Cardona’s responses were contradictory and unclear. “As a former history professor, I certainly support the desire to offer diverse perspectives in education,” he told the newspaper. “However, it is concerning and out of line for the department to cite the ‘1619 Project’ as factual, historical analysis.”

Cole’s concerns are shared by a group of 39 Senate Republicans, including Senate Minority Leader Mitch McConnell (R-Ky.). In a letter sent to Cardona last week, the senators argued that history and civics education should focus on actual knowledge about America’s institutions and historical development, rather than “activist indoctrination” that “splits our nation into divided camps.”

“Taxpayer-supported programs should emphasize the shared civic virtues that bring us together, not push radical agendas that tear us apart,” the senators wrote.