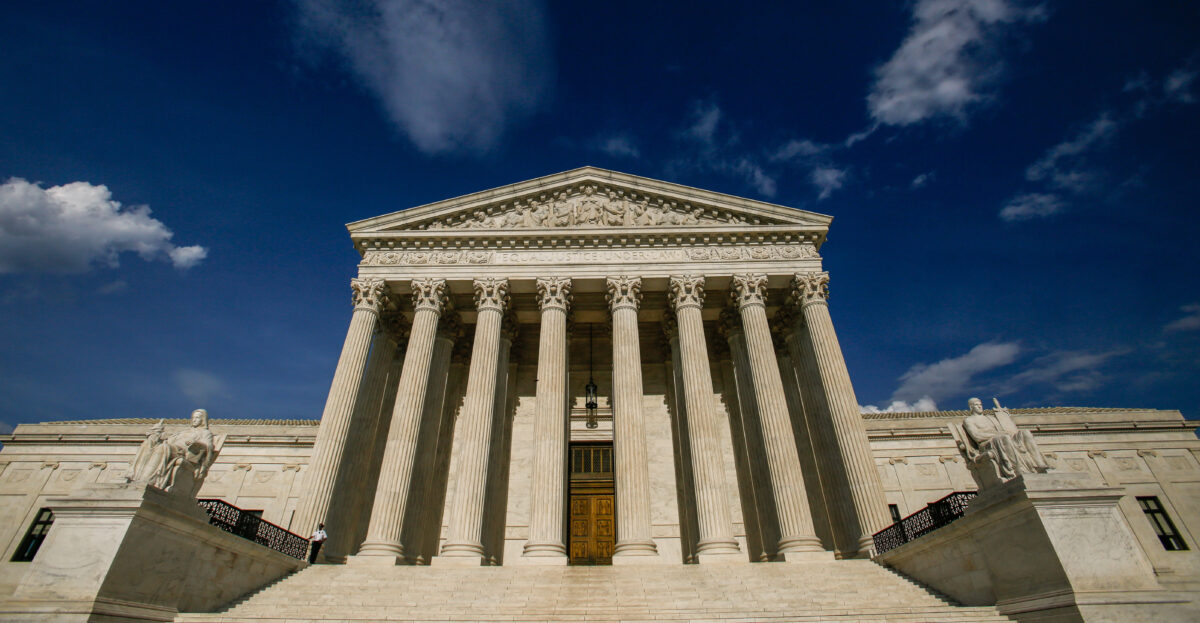 The Biden administration is urging the Supreme Court not to take up a petition asking the court to strike down as unconstitutional a law that authorizes military conscription solely for men.

In 1981, the Supreme Court ruled 6–3 in Rostker v. Goldberg that the Military Selective Service Act, under which men, but not women, are required to register for the draft, survived constitutional scrutiny because women at that time were categorically prohibited from serving in combat roles. Because the primary purpose of registration was to replace combat troops, the court stated, “the existence of the combat restrictions clearly indicates the basis for Congress’ decision to exempt women from registration.”

Although the Department of Defense rescinded the ban on women in combat in 2013, the obligation to register for the draft remains limited to men. From age 18 to 26, men are required to submit their information to the Selective Service System in case a draft is deemed necessary in the future.

In a brief filed with the high court on April 14, the Biden administration carefully avoided taking a position on whether the draft system should be changed, explaining that Congress was now taking a look at the issue.

“Any reconsideration of the constitutionality of the male-only registration requirement … would be premature at this time,” Acting Solicitor General Elizabeth Prelogar wrote in the document.

“Congress is actively considering the scope of the registration requirement, and Rostker itself made clear that the Court should defer to Congress where possible in this sensitive military context.

“Congress’s attention to the question may soon eliminate any need for the Court to grapple with that constitutional question.”

The organization that brought the case is the San Diego-based National Coalition for Men (NCFM), which was “founded in 1977 upon the realization that men needed a unified voice in addressing issues concerning men and boys,” according to its website.

The NCFM is represented in the case by the American Civil Liberties Union (ACLU), which takes the position that scuttling the men-only registration requirement would undo one of the last examples of overt sex discrimination in federal law after the Supreme Court allowed gay marriage and found last year that employment discrimination against gays and transgender individuals was illegal.

“The question presented is whether … the federal requirement that men but not women register for the Selective Service … violates the right to equal protection guaranteed by the Fifth Amendment,” NCFM stated in its petition.

The Michigan-based Center for Military Readiness (CMR) argued in a friend-of-the-court brief filed March 12 that the Supreme Court should turn away NCFM’s petition because Congress, not the courts, is authorized by Article 1, Section 8 of the Constitution to set military policy.

“We support the Selective Service System as an insurance policy in the case of a catastrophic national emergency,” CMR President Elaine Donnelly previously told The Epoch Times in an interview.

In a recent interview after the government brief was filed, Donnelly said her group wasn’t sure what position the Biden administration was going to take.

“The argument that they make that Congress” is responsible for the issue “is essentially the same as the one we make in our amicus brief,” she said, referring to her group’s amicus curiae, or friend-of-the-court, brief.

“They did not, however, address the elephant in the room—whether men and women are similarly situated, essentially interchangeable in combat units.”

CMR’s Supreme Court brief acknowledges that some women have proved themselves capable of meeting the high standards that combat demands and previous policies regarding women in combat billets have been repealed, but “the physiological differences between men and women have not been repealed.”

Ria Tabacco Mar, counsel of record for NCFM and director of the ACLU Women’s Rights Project, was critical of the Biden administration’s filing.