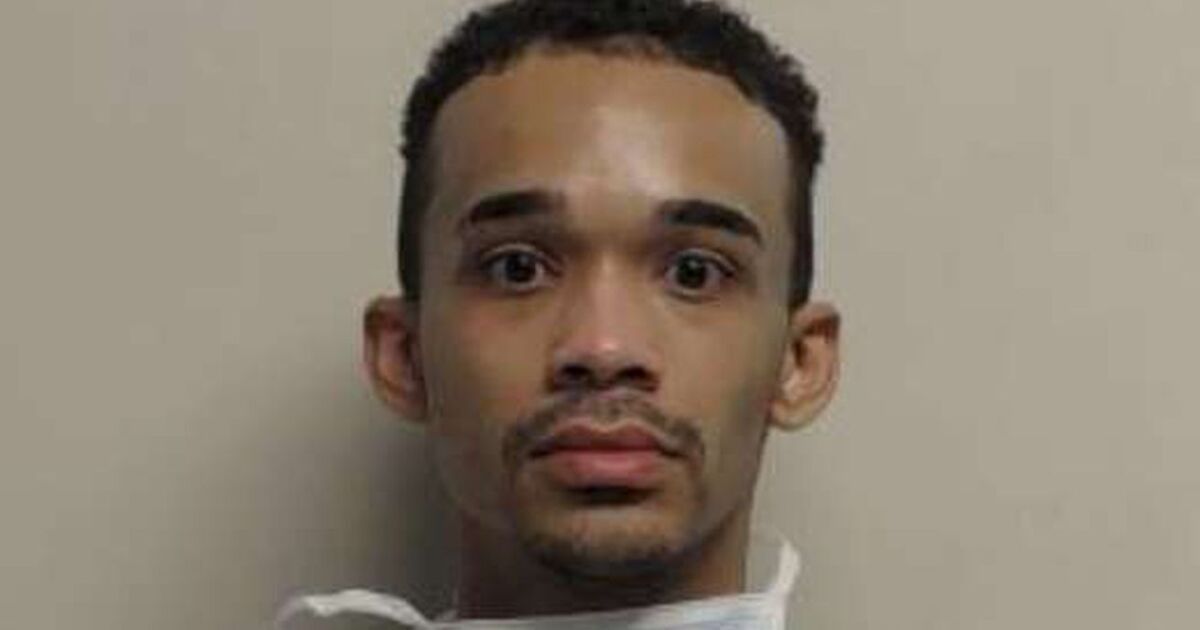 The Justice Department has seized the roughly $90,000 that John Sullivan, a self-styled leftist activist disavowed by Black Lives Matter leaders, was paid by media outlets for footage he took during the storming of the Capitol in January.

Last week, the DOJ received forfeiture search and seizure warrants for $89,875 from Sullivan’s JPMorgan Chase bank account and another $1,000 in his Venmo, arguing the agent provocateur was filmed encouraging rioters during the siege.

Video taken by the 25-year-old showed him encouraging supporters of then-President Donald Trump from the entrance of the Capitol all the way to the moment when 35-year-old Ashli Babbitt, an Air Force veteran and Trump supporter who attempted to climb into the Speaker's Lobby, was shot and killed by a U.S. Capitol Police officer.

Sullivan, the founder of Insurgence USA and a “revolutionary” protest organizer, was arrested in January. A superseding indictment on Wednesday hit him with criminal counts of obstructing an official proceeding, civil disorder, entering a restricted building and disorderly conduct with a dangerous weapon, unlawful possession of a dangerous weapon on Capitol grounds, disorderly conduct in a Capitol building, false statements, aiding and abetting, and demonstrating in the Capitol. Prosecutors say Sullivan illegally carried a knife into the Capitol, and his false statement charge stems from lying to the FBI about it.

The DOJ argued that Sullivan “positioned himself with a front seat to not one, but multiple confrontations with officers at multiple locations, and made consistently gleeful exhortations about burning and breaking things.”

Sullivan’s lawyer, Steven Kiersh, argued against seizing this money, claiming, “The proceeds of the seized bank account are not the product of criminal activity alleged in the indictment” and that his client was being deprived of the money “in violation of the Due Process Clause of the United States Constitution.”

Assistant U.S. Attorney Candice Wong argued that “where an indicted criminal defendant is enriched by profits that he would not have obtained but for his charged crime, there is a strong governmental interest in seizing those allegedly ill-gotten gains, and in ultimately removing the financial incentives for this behavior,” accusing Sullivan of “immediately thinking about cashing in, [which] supports an inference that he recognized on January 6 that the more disorder he captured around him, the better footage, and more money, he stood to get.”

On a video provided to law enforcement from the riot, Sullivan is allegedly heard saying, “I brought my megaphone to instigate s—. I was, like, ‘Guys, we're going inside. We're f—ing s— up … I’m gonna make these Trump supporters f— all this s— up,' … but I mean, you’ll see. I have it all. I have everything, everything on camera, everything I just told you, and I mean everything. Trust me when I say my footage is worth, like, a million of dollars, millions of dollars.”

On a second recording, he “can be heard expressing excitement that he got the shooting of” Babbitt on video, saying, “Everybody’s gonna want this. Nobody has it. I’m selling it. I could make millions of dollars.”

The FBI said that law enforcement officers began to exit after Sullivan reached the Speaker's Lobby, and members of the crowd responded by moving toward the doors, with Sullivan then yelling, “Go! Go! Get this s—!” The crowd can be seen trying to bust out the glass in the entryway door windows, and his video shows Babbitt getting shot as she tried to climb through a window. In April, the Justice Department announced it would not pursue charges against the officer who fatally shot Babbitt due to “insufficient evidence” to support a prosecution.

Before entering the building, Sullivan filmed the crowd pushing through police barriers and approaching the Capitol with a large crowd, saying, “Let's go! This s— is ours! … Let’s burn this s— down.” As people climb up the Capitol wall, Sullivan says, “You guys are f—ing savage. Let’s go!”

He can be seen joining a crowd trying to open doors guarded by law enforcement and telling the crowd, “I have a knife — let me up,” as the group broke windows. A member of the crowd said officers are “giving us the building,” and Sullivan said, “Haul that motherf—er out this b—-.” He could also be seen arguing with officers inside the building, telling them to “stand down.”

In February, Kiersh submitted invoices revealing a $35,000 payment to Sullivan from CNN for video license usage, a $35,000 payment from NBC Universal Media, a $5,000 undated payment tied to Showtime’s The Circus: Inside the Greatest Political Show on Earth, and a $2,375 payment from the Australian Broadcasting Corporation. Court filings show Sullivan received $10,000 from a redacted outlet, which can be identified as the Washington Post. It is not clear which outlet paid Sullivan the $1,000 to his Venmo.

Sullivan appears to have received nearly all of the payments after his widely publicized arrest in mid-January.

Matthew Foulger, an FBI special agent who wrote part of the April warrant application, said Sullivan's profits “would not have existed but for Sullivan’s illegal participation in and encouragement of the riots, property destruction, and violence inside the U.S. Capitol.”

Foulger wrote that “Sullivan has claimed he was at the U.S. Capitol only to document and report” and claimed to be a “journalist,” but Sullivan “admitted to law enforcement, however, that he has no press credentials.” He noted that he found “social media postings by Sullivan that undermine his claims to be a journalist or reporter.” As an example, in a YouTube video from Jan. 5, Sullivan says, “I think I made up, uh — what did I say I was? Oh, yeah, I was just a journalist, but I use that all the time.”

Sullivan also faces two charges of rioting and criminal mischief in Utah for a Black Lives Matter protest he helped organize in June. An August video shows him encouraging a group to attack the White House, saying, “We gotta … rip Trump right out of that office.”

Lex Scott, leader of the Utah BLM chapter, described Sullivan as a “loose cannon” and said, “We do not want to be associated with” him.

Cruz: ‘No Pissant Politician … Has The Right Or Legal Authority...