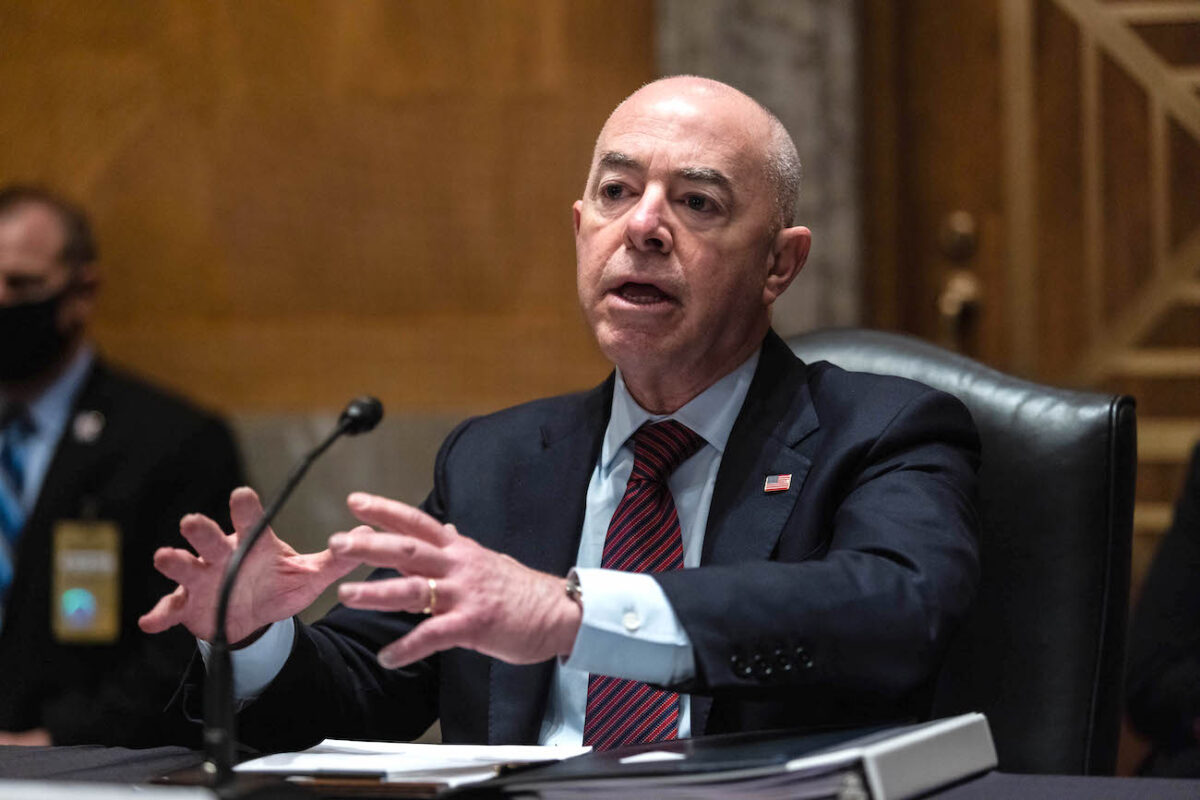 Homeland Security Secretary Alejandro Mayorkas has defended President Joe Biden’s handling of the conditions at the U.S.-Mexico border despite criticism from Republicans.

Speaking during a Senate hearing on May 13, Mayorkas touted the progress the administration has made to move unaccompanied migrant children out of crowded border stations, and noted that the number has dropped in recent months.

He said the number of unaccompanied children in those stations went from 5,700 in late March to under 500 this week.

“We managed the situation because of, quite simply, the selfless dedication, the heroism of the United States Border Patrol,” Mayorkas said.

“I repeated then what I had said two weeks earlier, that we have a plan, that we are executing on our plan, and that it will take time. This is what we do, and we know how to do it.”

Elsewhere during the Senate hearing, Republican senators pressed Mayorkas on the Biden administration’s refusal to expel unaccompanied children under Title 42, previously invoked by former President Donald Trump amid the pandemic.

Title 42 allows the government to temporarily block non-citizens from entering the United States “when doing so is required in the interest of public health.”

The Biden administration has continued its use with the exception of children who were exempted from by a judge in November.

Sen. Mitt Romney (R-Utah) said he presumed that the decision not to utilize Title 42 meant the number of unaccompanied children arriving at the border “went through the roof.”

“Unaccompanied children are being led into the country. Is this not a massive failure that would suggest that the administration needs to take immediate action to remedy what we’re seeing here?” Romney asked.

“We are addressing that challenge with increasing efficiency every single day,” Mayorkas replied.

“We began our work with systems and tools that the prior administration had dismantled and with assistance programs that had been torn down or cut short,” Mayorkas explained.

“We had to rebuild while at the same time addressing the surge of unaccompanied children that had begun in April of 2020, many months before we took office … and our efforts had to be undertaken in the midst of the COVID-19 pandemic.

“We are dedicated to an orderly, safe, and humane immigration system, and therefore we stopped the prior administration’s policy of expelling the unaccompanied children. We did not turn them away.”

Sen. Rob Portman (R-Ohio) also remained critical and argued that Biden’s administration is “repeating the same mistakes of the two previous administrations as they deal with this crisis.”

“These children have only been moved from one government agency to another,” Portman said.

He also called for decisions regarding entry and release into the United States should be made at the border, and for the use of a rapid removal system that resembles the fast-track and asylum adjudication programs first rolled out under the Trump administration.

However, Mayorkas urged caution against such a system, adding, “We are addressing the needs of unaccompanied children who arrived at our southern border without a parent or legal guardian.”

“Children who have fled torture, persecution, extreme violence and poverty.”

Over 20,000 child immigrants remain in Department of Health and Human Services-run or -overseen facilities, as of the last tally provided by the agency on May 13.