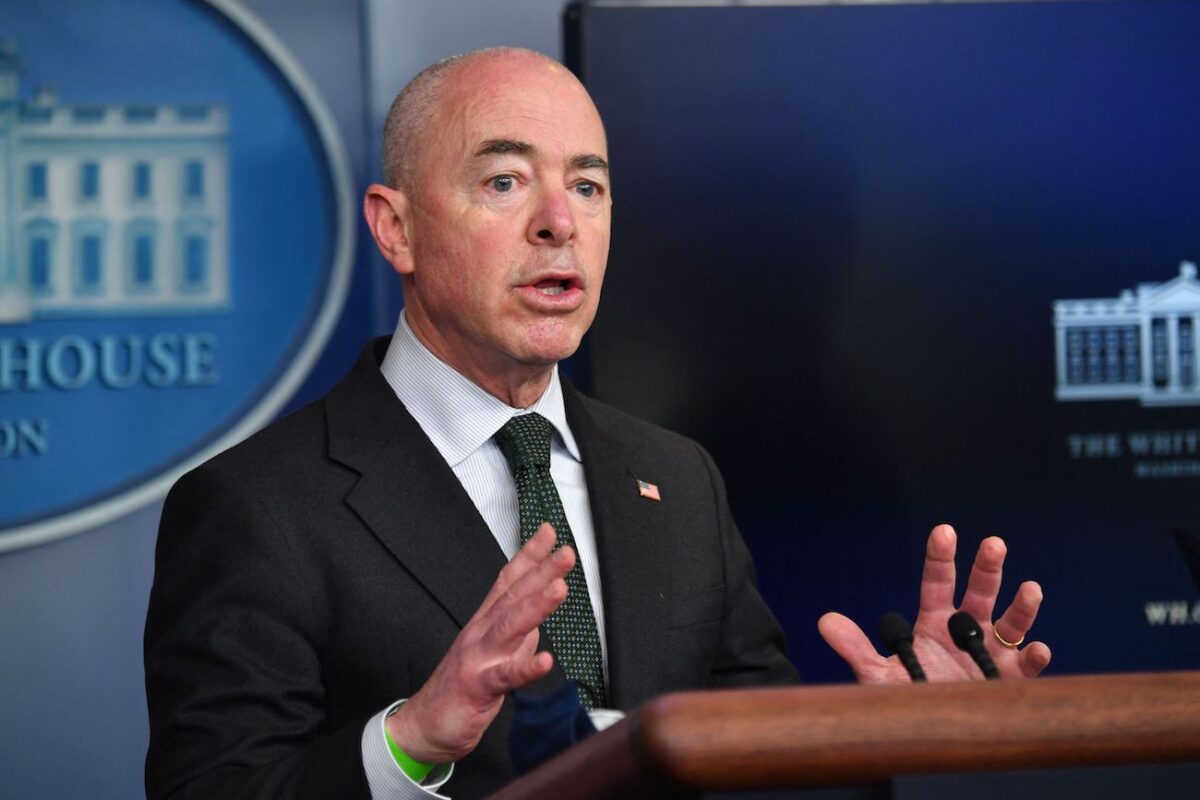 The Department of Homeland Security (DHS) is establishing a new dedicated intelligence team to focus on domestic terrorism, Secretary Alejandro Mayorkas announced on May 11.

The new dedicated domestic terrorism branch within the department’s Office of Intelligence and Analysis (I&A) is designed to “ensure DHS develops the expertise necessary to produce the sound, timely intelligence needed to  combat threats posed by domestic terrorism and targeted violence,” the agency said in a statement.

“I&A will also continue leveraging the National Network of Fusion Centers and our deployed intelligence professionals who collect and analyze threat information alongside our state, local, tribal, territorial, and private sector partners to increase timely and actionable information sharing in a dynamic threat environment,” it said.

Mayorkas said the CP3 will improve the department’s ability to combat terrorism and targeted violence, consistent with privacy protections, civil rights and civil liberties, and other applicable laws.

It will also “help build local prevention frameworks to provide communities with the tools they need to combat terrorism and targeted violence,” Mayorkas said.

Federal law enforcement has been widely criticized for its response to the Jan. 6 breach of the U.S. Capitol building.

Mayorkas’s announcement came one day before he appeared before the U.S. Senate Appropriations Committee to testify in a hearing about the current threat posed by domestic extremists, titled “Domestic Violent Extremism in America.”

Mayorkas told lawmakers that the threat to the United States is now “more complex, more dynamic, and more diversified,” and often fueled by “false narratives, conspiracy theories, and extremist rhetoric spread throughout social media and other online platforms.”

He said the department is taking a new approach to addressing domestic violent extremism, both internally and externally, and will focus more on how extremists exploit and leverage social media and other online platforms.

In March, a report (pdf) released by the Office of the Director of National Intelligence warned that racially motivated extremists and militia violent extremists pose the most lethal domestic terrorism threats to the United States.

The report noted that recent political and social developments, including claims by former President Donald Trump and his supporters about fraud in November’s U.S. presidential election, restrictions related to COVID-19, fallout from the Jan. 6 U.S. Capitol breach, and conspiracy theories “will almost certainly spur” some domestic extremists “to try to engage in violence this year.”