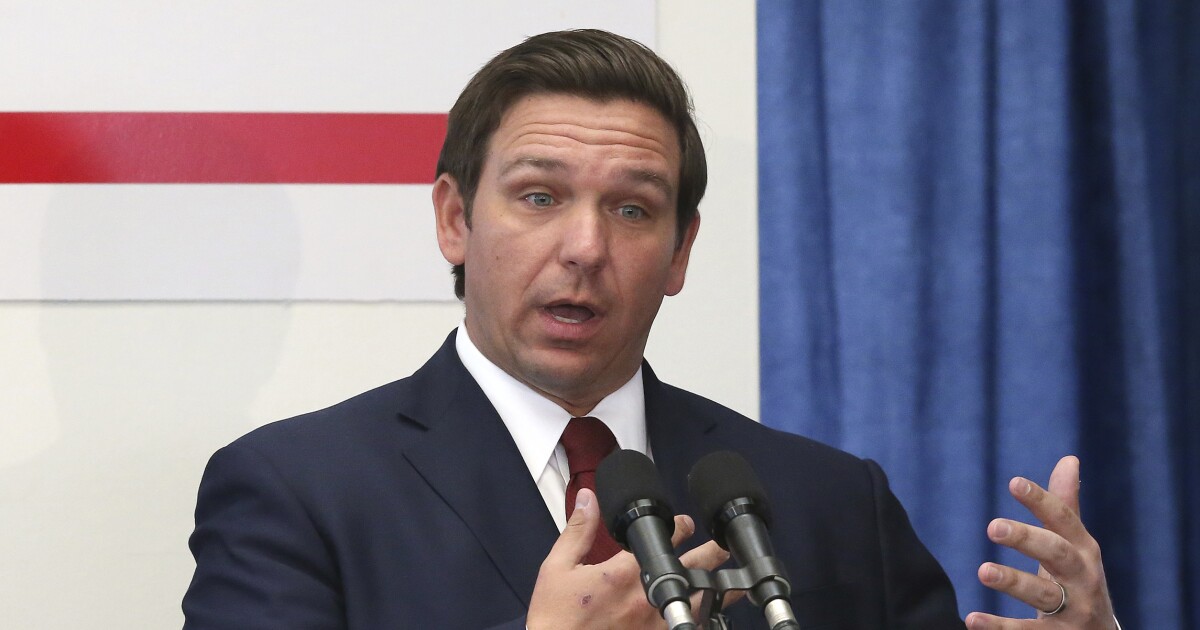 Florida Gov. Ron DeSantis said Thursday that the state will not back down in its prohibition against “vaccine passports” despite pressure from the state’s $8.1 billion cruise industry and criticism that the ban violates property rights.

DeSantis said the U.S. Centers for Disease Control & Prevention’s (CDC) conditional-sale order update, which requires 95% of cruise ship passengers and 98% of crew be vaccinated and ships undergo 60 to 90 days of preparation and test sailing before resuming full operations, is “an absolute farce.”

But the Cruise Line International Association’s (CLIA) and individual cruise lines are seeking an exemption from the ban because without requiring proof of vaccination, they fear few people will want to book a cruise.

No way, DeSantis said Thursday during an Ormond Beach news conference, stating the CDC, not Florida, should back down.

“The problem is the CDC. The problem is not Florida,” he said. “’Oh, by the way, if you’re sunbathing you have to make sure they’re wearing a mask while they’re sunbathing. Are you kidding me? That is an absolute farce. So, we’re challenging the authority of the CDC to be involved to this extent.”

DeSantis said Florida is pushing the issue because unless the CDC relaxes its protocols, cruise ships will launch from elsewhere

“If you don’t let them sail from Florida,” he said, “they’re going to sail from the Bahamas.”

The state’s lawsuit, filed against the CDC and the U.S. Department of Health & Human Services (DHSS) contends the order is “unlawful,” outdated and has left the state’s cruise industry pier-side since last March.

In arguing for Merryday to issue a preliminary injunction against the CDC order, Florida attorneys said the agency has the authority to remove public health hazards but not to “arbitrarily” shut down an entire industry such as cruise lines.

cruising has safely resumed in Asia and Europe with “resounding success” while Florida’s cruise ships are stuck in port — or planning to launch from other countries.

Federal attorneys countered that Florida has no standing to sue and that the CDC, not the state, as a federal agency has the power to regulate cruise ships from U.S. ports.

U.S. lawyers reiterated their argument that Florida “sat on its supposed rights for well over a year” after the COVID-19 pandemic emerged last March struck and did nothing to help reactivate an industry that employs nearly 150,000 state residents and operates 63 ships out of five Florida ports.

They said the CDC “lawfully and reasonably” drafted the rules to prevent a resurgence of COVID-19 aboard ships, which outweighs any economic damages the state might have suffered.

Merryday asked Florida attorneys what its plan to ensure public safety on cruise ships would be ion it granted the state an injunction overturning the CDC order.

State attorneys said Florida’s vaccination program and the cruise ship industry’s own Healthy Sail Panel COVID-19 protocols would serve as well if not better than the CDC’s rules.

Merryday did not issue a ruling at the end of the daylong hearing. There is no timeline for a decision, but the judge said would rule as quickly as possible.

DeSantis told reporters Thursday that he though the state did well in the hearing.

“We think we got our points across. We think the judge was receptive,” he said. “We’ll see what happens.”