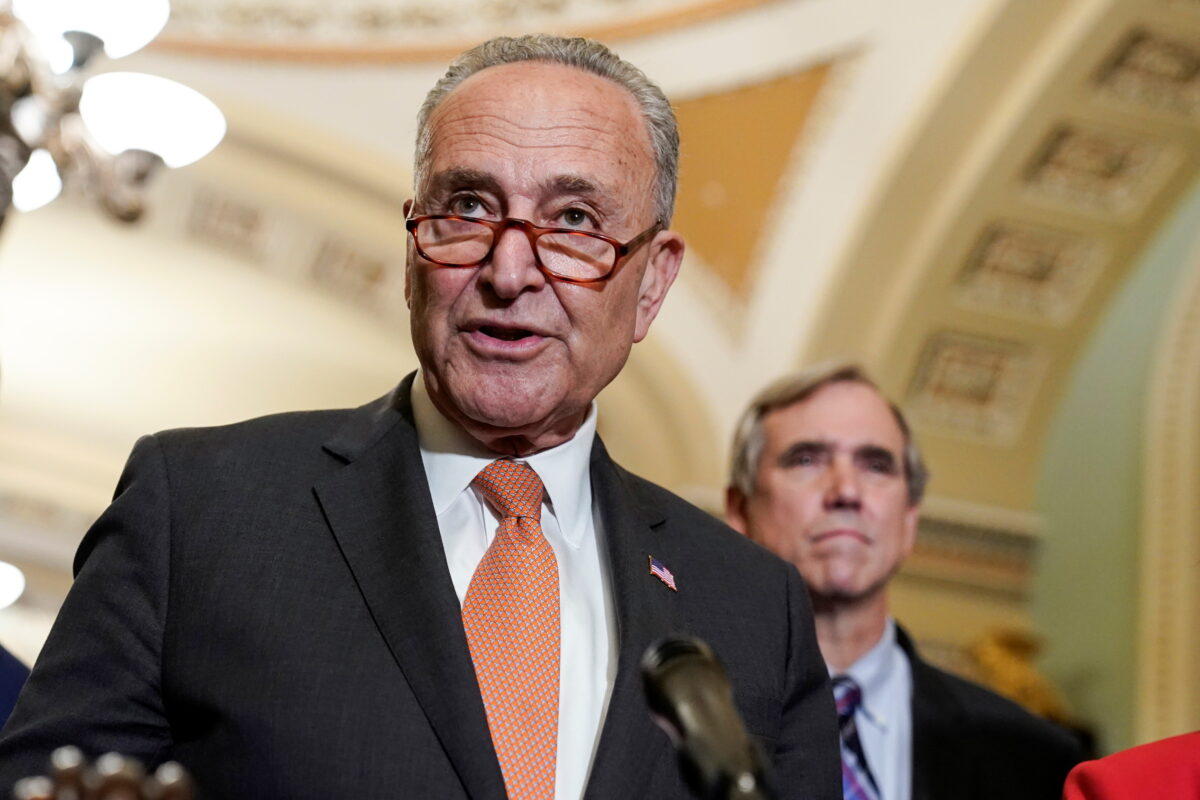 Senate Democrats are ready to quickly fill any Supreme Court vacancy that arises, the top Democrat in the body said in a letter to colleagues on Friday.

Nine justices make up the Supreme Court, with just three having been nominated by Democrat presidents, including two during the Obama administration, when Biden was vice president.

Republicans were able to confirm Justice Amy Coney Barrett last year before the election after the death of Justice Ruth Bader Ginsburg, tilting the court further to the right.

Democrats have increasingly since Biden was sworn in suggested or outright called on Justice Stephen Breyer, the oldest Democrat nominee on the court, to step down.

Democrats fear losing the ability to confirm justices in the latter half of Biden’s term if the GOP flips the Senate, which is currently divided 50-50 but controlled by Democrats through Vice President Kamala Harris—especially after Ginsburg refused to heed to calls to step down during the Obama era.

“Justice Breyer is wonderful – on SCOTUS & before that on 1st Circuit,” added Rep. Jared Huffman (D-Calif.). “But for goodness’ sake HE SHOULD RETIRE NOW.”

Breyer, 82, has been a justice since 1994. He was nominated by former President Bill Clinton.

Biden is among other Democrats who have said they will not pressure Breyer to retire.

Besides Breyer’s age, critics don’t like how he warned against expanding the size of the Supreme Court, an idea favored by a number of Democrats in Congress.

Schumer did not mention Breyer by name but the only other ways a vacancy would arise is by a surprise retirement from another justice or a sudden death. The next-oldest justice is Justice Clarence Thomas, 73, and the two Obama nominees, Justices Sonia Sotomayor and Elena Kagan, are in their 60s.

McConnell said last month that he likely would not move to confirm a Biden nominee if Republicans control the Senate after the 2022 midterm elections.

“I think it’s highly unlikely—in fact, no, I don’t think either party, if it were different from the president, would confirm a Supreme Court nominee in the middle of an election,” McConnell said.