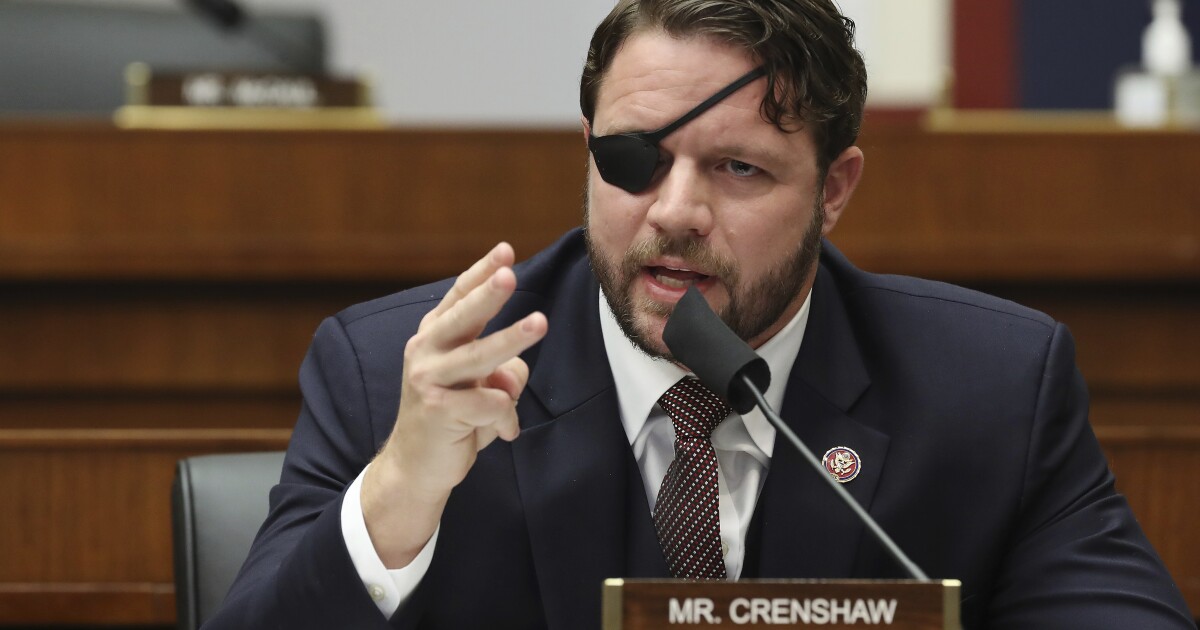 Texas Rep. Dan Crenshaw is “sick” of the infighting within the Republican Party that could cost the GOP election outcomes in both 2022 and 2024, he told the Washington Examiner in an exclusive interview.

Crenshaw, who has been sidelined from recent political gatherings in Congress due to medical trouble with his left eye, said he was “grateful” not to have taken part in a Wednesday vote to remove Wyoming Rep. Liz Cheney, an outspoken critic of former President Donald Trump, from her post as conference chairwoman.

The retired Navy SEAL said much of the party has splintered into “Trump loyalists” and “anti-Trumpers.” He said he has declined to join either camp.

Cheney, who voted in favor of Trump's second impeachment and quickly became a thorn in the former president's side, survived one vote of no-confidence in February but was defeated on Wednesday. The Wyoming Republican, however, remains defiant and vowed to block Trump if he decided to run in 2024.

A vote on whether to put New York Rep. Elise Stefanik in the leadership role is expected to take place on Friday.

Crenshaw said he and other colleagues supported Cheney initially, though she “kept pushing and thereby lost support.”

“Just be yourself,” he said. “Just be yourself. When you push too hard, people resist back, and ironically, you end up in a place worse off than you wanted to be in the first place. I definitely supported Liz before, and obviously, the majority of the conference did, but she kept pushing and thereby lost support.”

The Texas representative wants his party to become “one team” united on conservative “principles.”

“But I would just encourage Republicans in general: Stop trying to be part of one team or the other, you’ve got to start looking towards principles — what makes us conservative,” he said. “We haven’t been doing that enough.”