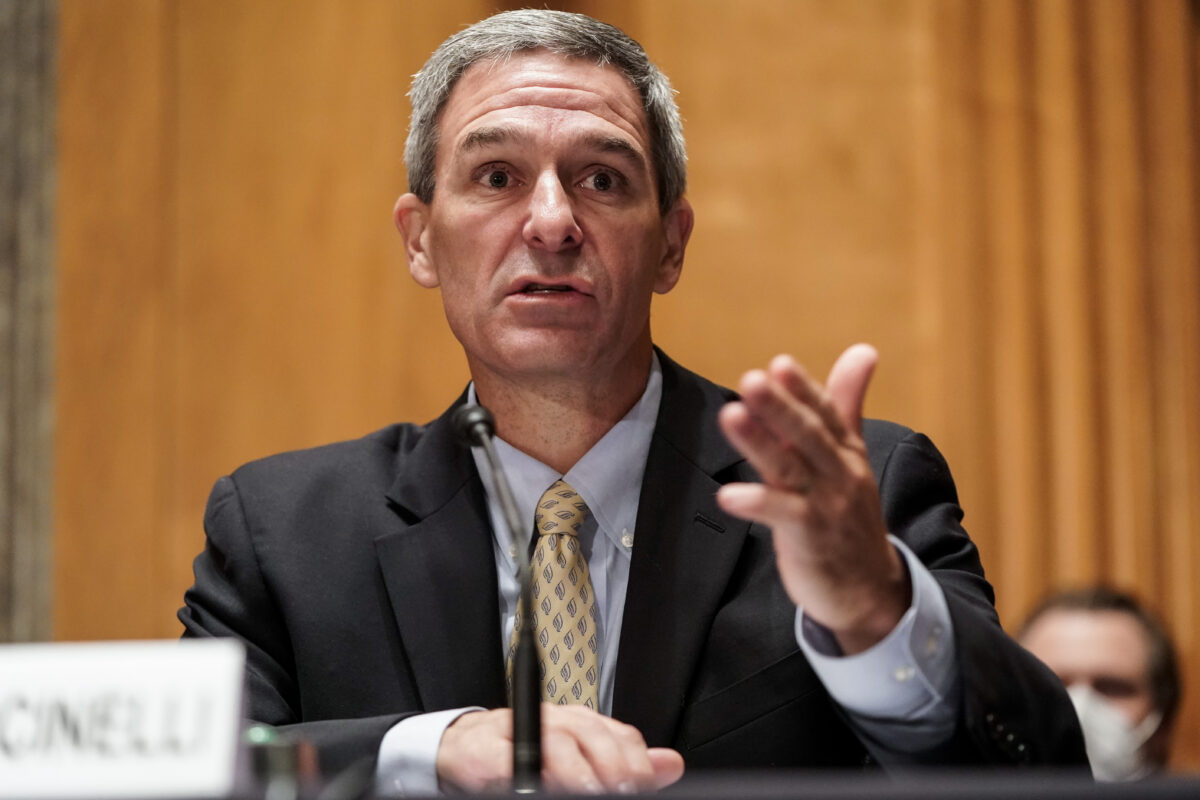 Passage of Democrats’ top legislative priority—the massive registration and voting reform package, the ‘For the People Act of 2021’ —will prompt “a rush to the courthouse steps,” according to Jason Snead, Executive Director of the Honest Elections Project.

“There are a number of constitutional infirmities and deficiencies that stem from its treatment of presidential and congressional elections identically, even though Congress has vastly reduced powers to regulate presidential elections under the Constitution,” Snead told reporters during a virtual news conference Wednesday.

“There are problems under the 14th Amendment, for instance, when it comes to felon re-enfranchisement because the 14th Amendment clearly allows states to make determinations about whether someone is going to lose their voting rights when they commit a felony and are convicted,” Snead said.

“There are problems with redistricting where, again, the Constitution says state legislatures have that power, but this bill compels by an act of Congress that they effectively cede that to independent redistricting commissions, so there are lots of problems with this and I think you will see a tremendous number of lawsuits filed as Congress essentially tries to step on the toes of the states,” Snead explained.

He also noted that 20 state attorneys general recently wrote to Congress in a letter “that pointed out just a few of the constitutional issues that would undoubtedly undergird some of their challenges.”

The Senate Committee on Rules and Administration held a mark-up session Tuesday on S1, the upper chamber’s version of HR1 that the House passed earlier this year on a 220-210 vote that included no Republican supporters and one Democrat opponent.

The proposal includes huge changes in virtually every aspect of voter registration and voting, incorporating as a national mandate temporary reforms used to make voting easier in the 2020 elections due to the CCP virus pandemic and lockdown.

The reforms include nationwide voting early and by mail, the elimination of virtually all voter qualifications, including picture IDs, vote harvesting practices critics say encourage voter fraud, and allowing voting by illegal immigrants and individuals convicted of murder and other violent crimes.

The Senate panel could not agree on a final version of S1 to report out to the full Senate, but the lengthy session that lasted well into the evening voted on a host of proposed amendments, rejecting most but agreeing to a few.

One of the amendments that passed was offered by Sen. Ted Cruz (R-Texas) to eliminate a provision of the proposal that required candidates for redistricting commissions to include in their applications descriptions of their religious activities.

Cuccinelli told The Epoch Times following the news conference that the provision “requires certain information from individuals who may be selected to serve on the commissions, and among that information is their affiliation with and support for religious organizations.”

Cuccinelli said he believes Democrats included the provision as a tool to prevent conservative Catholics and evangelicals from being involved in the redistricting commissions.

“There can be no other reason to request that information because if you can’t use it, and it isn’t relevant, why would you ask for it,” he said.

During the news conference, Cuccinelli said Republicans managed to gain adoption of one amendment that struck a provision from the bill that would have allowed incumbent congressmen and their challengers to use public campaign financing funds for personal uses.

If the bill becomes law, it will allocate six dollars in tax funds for every one dollar in private contributions received by incumbents seeking re-election and their challengers.

“How much that provision would be worth to these Democrats in their last election cycles. In my home state of Virginia, that would have been more than $10 million to Mark Warner,” Cuccinelli said, referring to Sen. Mark Warner, the Virginia Democrat who was re-elected in the 2020 election.

Had the provision been in effect for the Senate elections in Georgia, Cuccinelli said, it would have provided “an astounding sum, it would have maxed out the bill, which was said in the committee to be worth $80 million [for Sen. Jon Ossoff, D-Ga.].”

The committee failed to advance the amended bill on a 9-9 party line vote, but it may yet make it to the Senate floor. The Senate is evenly divided 50-50 between the parties, with Vice-President Kamala Harris to break ties. President Joe Biden has promised to sign the bill into law if it makes it to his desk.

Anderson said four Democratic senators likely will be the most important factors in the bill’s ultimate outcome, include Joe Manchin of West Virginia, Kyrsten Sinema of Arizona, Jon Tester of Montana, and Maggie Hassan of New Hampshire.

All three of the organizations represented in the news conference are mounting multi-million-dollar public education efforts to inform voters of the problems they see with the bill and encouraging them to contact their senators.