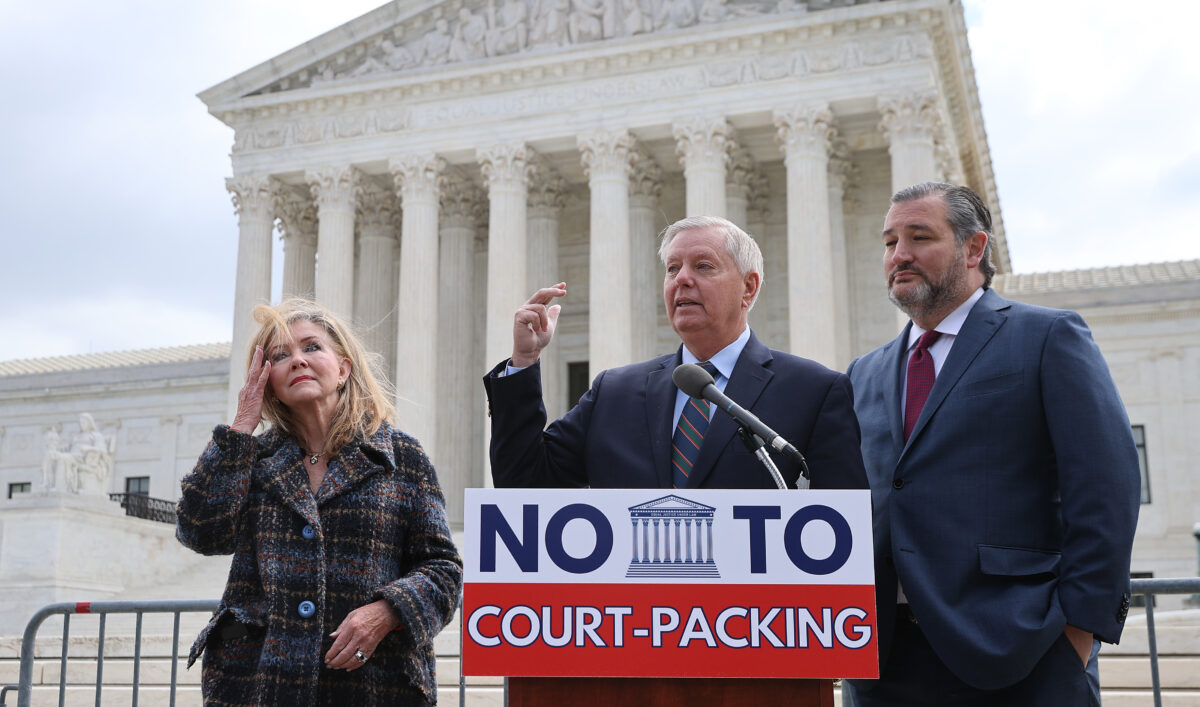 The three senators compared the Democrat-led effort as a push to “rig” the Supreme Court that would ultimately “destroy judicial independence.”

“Packing the court and tearing down the institutions that protect our rights is fundamentally wrong,” said Cruz at a press conference in front of the Supreme Court. “They’re [Democrats] trying to rig the game … fix the system.”

The Judiciary Act of 2021, which was put forward last week, would add four seats to the nation’s top court, effectively flipping the balance from six to three in favor of conservative-appointed justices, to seven to six in the opposite direction.

Nadler sought to justify the proposal by saying that 13 seats would match the 13 circuit courts.

Speaking Thursday, Graham suggested that Democrats are pushing for the expansion of the Supreme Court “to make the court liberal so that when they fell at the ballot box, they can get the Supreme Court to enact their agenda.”

He added, “We’re not going to allow the most radical liberal movement in modern American history to destroy the rule of law for partisan purposes.”

The Republican senator noted that when his party was in the “same position” under former President Donald Trump, they didn’t get rid of the filibuster.

“We were under pressure. President Trump argued every day about changing the filibuster rule so we could get the things that we wanted through and many of us said no,” Graham added.

It comes as several groups of Republican lawmakers have launched countermeasures in an effort to keep the number of seats on the bench to nine.

On Thursday, 20 Republican state attorneys general sent a letter (pdf) to President Joe Biden and congressional leaders, urging them not to expand the Supreme Court. They called the effort “a naked political power grab.”

A number of Democrats including House Speaker Nancy Pelosi (D-Calif.) have yet to completely back the bill.

“I have no plans to bring it to the floor,” Pelosi told reporters in Washington. Instead, she said she supports President Joe Biden’s commission to study possible reforms to the court.

Earlier this month, Biden signed an executive order to form a commission to study possible reforms to the court, including proposals to expand it. He presented the idea of a commission as an alternative to “court-packing” efforts.

Janita Kan contributed to this report.