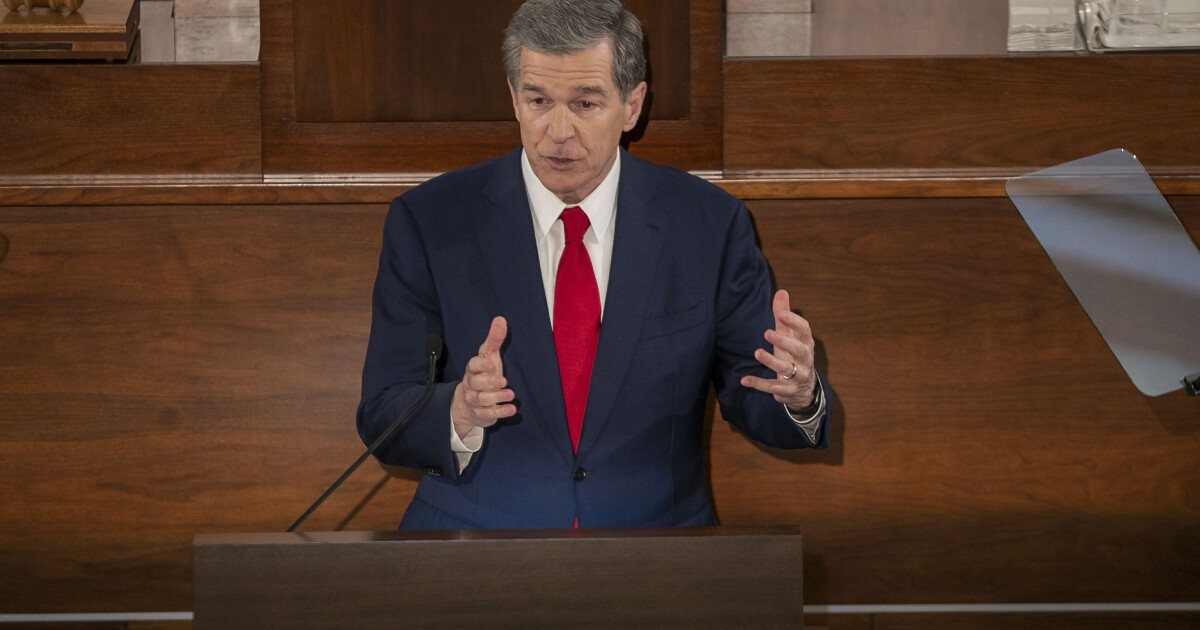 North Carolina Gov. Roy Cooper pushed for unity among lawmakers and safety nets for North Carolinians on Monday night during his State of the State address.

Cooper, a Democrat, called on the Republicans in the North Carolina Legislature to work with him and other Democrats to find common ground on the state's recovery from the COVID-19 pandemic. Legislative leaders in the Republican-majority General Assembly said they have the same “end goal” but a different approach.

Unlike some states, North Carolina has made it through one year of the COVID-19 pandemic with its rainy day fund and unemployment reserves intact.

“I believe that we will rebuild from this pandemic to be even stronger than before, and I believe that we can roar into the future together, creating a shared recovery that ensures our best days lie ahead,” Cooper said.

North Carolina is one of a dozen states that has not expanded eligibility for the government-funded Medicaid program since the federal government passed the Affordable Care Act in 2010. Cooper said increasing the threshold could not only allow more than 500,000 North Carolinians to enroll in the program, but it also will help rural hospitals and improve health care access.

“In a year of hardship and loss, we owe it to ourselves and each other – and, as leaders, we owe it to the people who elected us – to build a state that is truly more educated, equitable, healthier and prosperous,” Cooper said.

Cooper pushed for the same initiatives in his budget proposal. He recommended spending about $5 billion more over the next two years and prioritizing teacher and state employee pay and capital improvement bonds. The governor has pushed for Medicaid expansion since he took office in 2017. Republicans continuously have rejected the proposal.

“While the governor will push for large increases in state programs, bureaucracy and spending, we know that this is a recipe for an unsustainable budget that will eventually lead to painful cuts or tax hikes in the near future,” Moore said Monday night after the governor's speech.

Cooper and Moore agree with investing in capital improvement bonds, expanding internet access in rural North Carolina, supporting education and improving infrastructure. Moore, however, said Republicans would be “laser-focused” on bailing out and easing restrictions on small businesses and lifting the burden on taxpayers.

“North Carolina Republicans in both chambers are also looking at other broad-based tax relief proposals to put dollars back in the wallets and pocketbooks of hardworking North Carolina families,” Moore said. “Because we believe state government should not spend a penny more than it has to, and it should return anything extra to the taxpayers, whose money it is in the first place.”