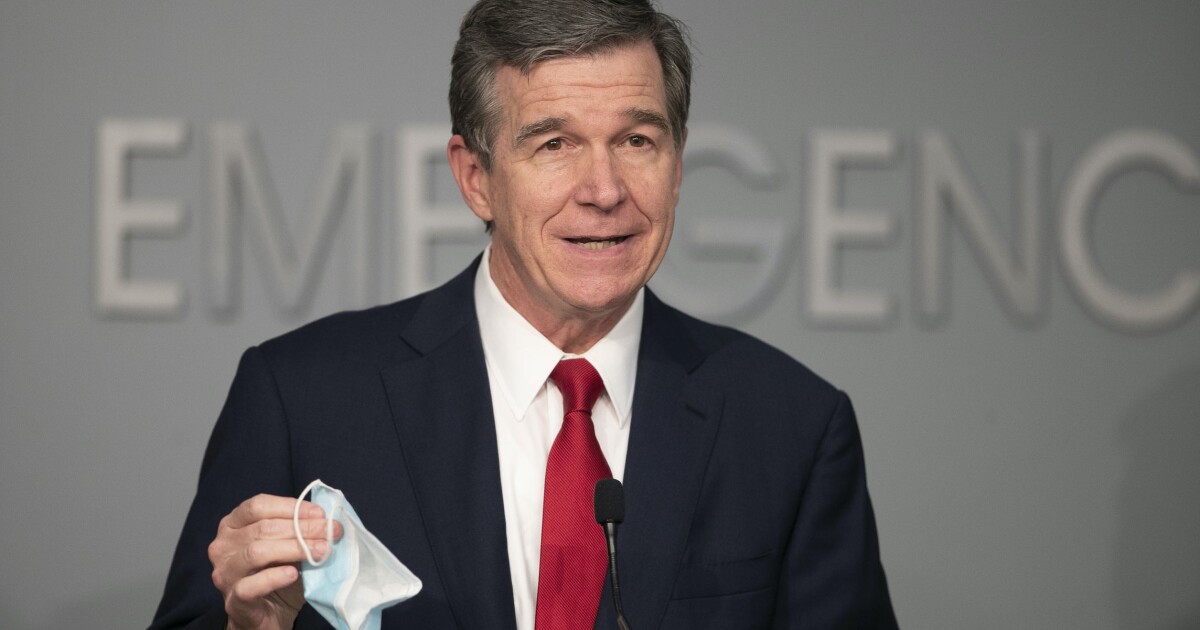 The state has administered more than 6.5 million COVID-19 vaccine doses. More than 3.6 million North Carolinians have taken received their first shot of the vaccine.

Cooper has received backlash from Republicans and business associations for his restrictions, which have been tighter than most states. The Centers for Disease Control and Prevention and Bureau of Labor Statistics' data show North Carolina is among the states with the fewest deaths and fewest job losses per capita, officials touted Wednesday.

North Carolina is still under a mask mandate, which Cooper said will remain in effect through May, but he hopes to ease the requirement in June.

“We hope that that mask mandate would only be required for people in public places, indoors – is what we aim for,” said Cooper, who plans to sign a new executive order next week to outline the restrictions for May.

Cooper and North Carolina Department of Health and Human Services Secretary Mandy Cohen said once two-thirds of adults have received their first vaccine dose, it would be safe to lift restrictions.

“With at least two-thirds of adults vaccinated, our public health experts believe we'll have enough protection across our communities to be able to live safely with this virus and to begin to put the pandemic behind us,” Cooper said Wednesday during a news conference.

Hitting two-thirds of adults vaccinated means the state would have to administer nearly 2 million more first doses by June. Cohen has launched a Bring Back Summer campaign to drive more vaccinations and push North Carolinians to follow precautions meant to keep trends stable.

According to U.S. Census Bureau of Statistics data from March 17 to March 29, nearly 2.4 million North Carolina adults said that they will either probably, probably not, or definitely not get a vaccine, or that they did not plan on receiving all required doses.

Cooper hinted late last month at creating a system “to help people show others that they have gotten the vaccine.” State Republicans argue a system of that sort could “raise serious privacy and legal concerns.”

House Republicans sent a letter to Cooper on Tuesday expressing their opposition to vaccine passports or any other form of government-required identifications to show proof of COVID-19 vaccinations.

“We have heard from countless constituents who have contacted us to express their strong opposition and grave concerns regarding the idea of requiring proof of vaccinations,” House Republicans wrote. “We urge you and your administration to reject any effort to create a government-mandated record for people to show that they have been vaccinated for COVID-19.”