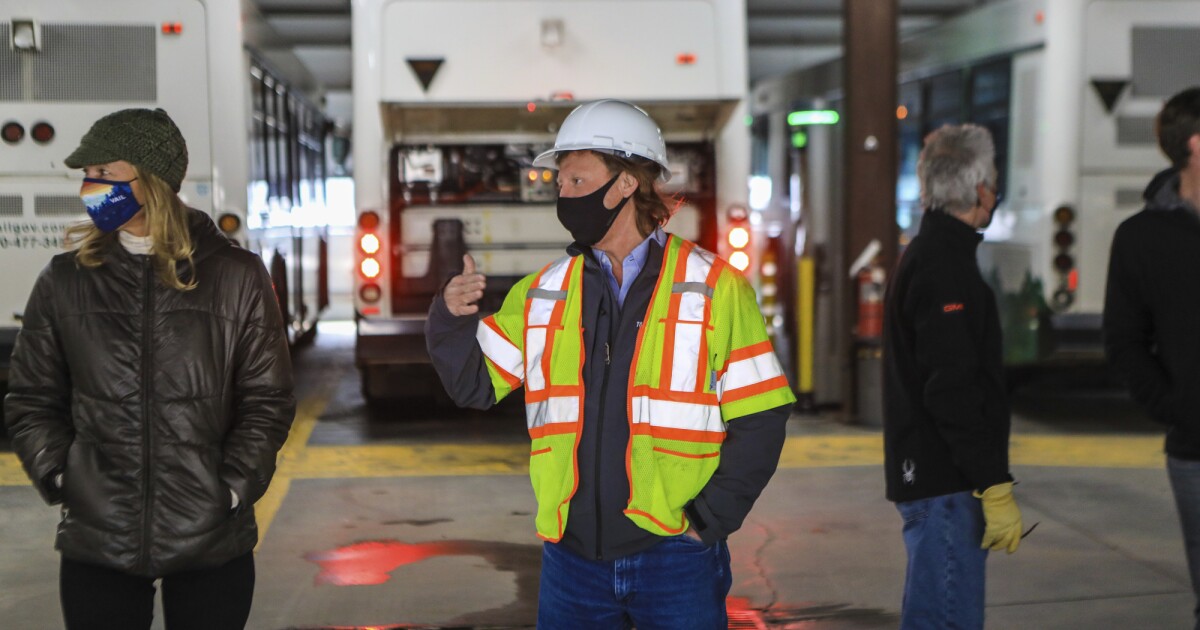 Colorado lawmakers and local government officials rolled out much-anticipated legislation Tuesday that proposes an array of fees to fund transportation.

Colorado’s $0.22 gas tax hasn’t changed since 1991, which has posed revenue issues for lawmakers anticipating a pivot to electric vehicles.

Instead of a gas tax increase, which would require voter approval under the state’s Taxpayer’s Bill of Rights (TABOR), lawmakers are proposing a list of fees that aren’t subject to TABOR.

The plan proposes $3.8 billion in new fees over 11 years, raising revenue with a road use fee, fees on ride-shares and electric vehicle registrations, and a fee on retail deliveries, among others.

That fee revenue, along with federal dollars, would mean a $5.268 billion boost for transportation and electrification projects.

Proponents claim the fees will cost the average driver an estimated $28 each year. The plan also reduces vehicle registration fees for two years.

“We have a choice of continuing to underfund our transportation system by relying on an outdated and diminishing funding source, or we can do what other states have done and choose to leverage one-time funds with long-term investments to build our future, to modernize how we move people and goods around our state,” said Senate Majority Leader Steve Fenberg, D-Boulder.

Polis said “[the bill] is to finally fix our damn roads, it’s to finally address the frustration that we all feel when we’re stuck in traffic.”

“This [bill] will help us reach our climate goals through electrification and also by investing in multimodal transportation,” she said.

Senate GOP spokesman Sage Naumann said constituents “should be outraged” at the proposal.

“Voters have said no, continually, to more taxes,” he said. “They've asked us to prioritize the money we have. Instead, Democrats have doubled down and decided that they know what' best.”

“Have Democrats ever said ‘I think we have enough money’ before? Of course this isn’t the end,” he added. “Much of this money doesn’t even go toward roads and bridges. They’ll be back for more, and unless taxpayers start getting loud, they’ll continue to do it without repercussion.”

Conservative advocacy and taxpayer watchdog groups have already been at work opposing increased fees or taxes to fund transportation.

“As we have always said, we’re not going to stand back and allow lawmakers to continue to advance the gas tax against the will of the voters,” Americans For Prosperity-Colorado (AFP-CO) State Director Jesse Mallory said in a statement Tuesday. “It is unconscionable that our lawmakers could even think of moving forward with all the negative feedback they have received with only weeks left in the session to spare.”

“Coloradans, their families, and their businesses cannot possibly shoulder another financial burden after the pandemic,” he added. “If our lawmakers can’t carry out the duties of their position and hold themselves accountable to voters, then we will – plain and simple.”

AFP-CO and Colorado Rising State Action submitted language for a ballot measure last month that would propose a gas tax reduction in response to the fee proposal.