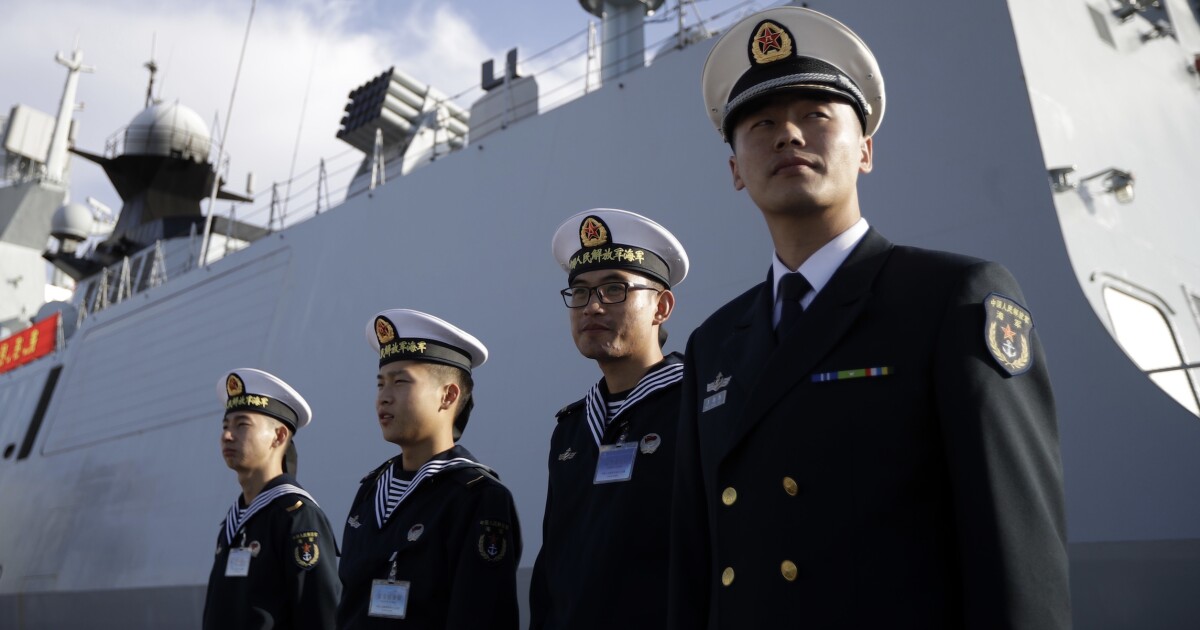 A Chinese national living in the United States on an immigrant visa pleaded guilty to violating a U.S. blacklist and illegally exporting $100,000 worth of U.S. goods to a Chinese military university that works closely with the People’s Liberation Army on the advancement of its military capabilities, the Justice Department announced on Wednesday.

The Justice Department said Qin established LinkOcean Technologies in China in 2005, with clients including the PLA Navy and the Chinese military. The indictment said his “VIP” customers included PLA navy South Sea Fleet Troop 91388 and the PLA University of Science and Technology, and he set up the company in the U.S. in 2014. The DOJ said that between 2015 and 2018, Qin supplied $8 million worth of goods to Chinese government-controlled entities, including more than $3.5 million for the PLA and groups such as the National University for Defense Technology and the PLA Navy Submarine Academy.

NIH IDENTIFIED 500 “SCIENTISTS OF CONCERN” IN GRAPPLING WITH CHINESE INFLUENCE

“The People’s Republic of China has an insatiable appetite for our country’s most sensitive products and technologies — particularly those with military applications,” Nathaniel Mendell, the acting U.S. attorney for the District of Massachusetts, said on Wednesday. “By exporting key anti-submarine warfare products to a Chinese military university, Mr. Qin created a threat to our national security and broke the law. That warrants federal prosecution, without a doubt.”

Prosecutors said that in 2015 and 2016, Qin caused at least 60 hydrophones to be exported from the U.S. to Northwestern Polytechnical University without obtaining the required export licenses from the Commerce Department, and in connection with this scheme, he allegedly engaged in money laundering by transferring more than $100,000 from Chinese bank accounts to U.S. bank accounts to facilitate his efforts. The DOJ noted that NWPU “has been involved in the development of unmanned aerial vehicles, autonomous underwater vehicles, and missile proliferation projects” for the Chinese military and that the Commerce Department blacklisted the Chinese university for “national security reasons” in 2001.

The Australian Strategic Policy Institute said NWPU “is designated very high risk because of its top-secret agency credentials, very high number of defense labs and defense research areas, involvement in illegal exports, and supervision by the Ministry of Industry and Information Technology.” It is one of China’s “Seven Sons of National Defense” and focuses on “aviation, space, and naval technology.”

The Justice Department said that in July 2016, Qin “engaged in visa fraud” by “falsely certifying that he had not committed any crime for which he was not arrested since becoming a conditional permanent resident when, in fact, he had caused the illegal export of hydrophones in 2015.” He also allegedly “made false statements to federal agents on two occasions regarding LinkOcean’s customers and its export activities” when he concealed the fact that he had exported “remotely operated side scan sonar systems, unmanned underwater vehicles, unmanned surface vehicles, robotic boats, and hydrophones” — several of which DOJ said “were delivered to military end-users in China.” He also lied in July 2018 when he said he didn’t have any blacklisted customers while working with NWPU and the National University of Defense Technology, which is “involved [in] modernizing the PRC’s armed forces,” according to the Justice Department.

For the crimes of violating U.S. export laws, visa fraud and smuggling, false statements, and money laundering, Qin faces up to 20, 10, five, and 20 years, respectively, with potential fines ranging from $250,000 to $1 million.