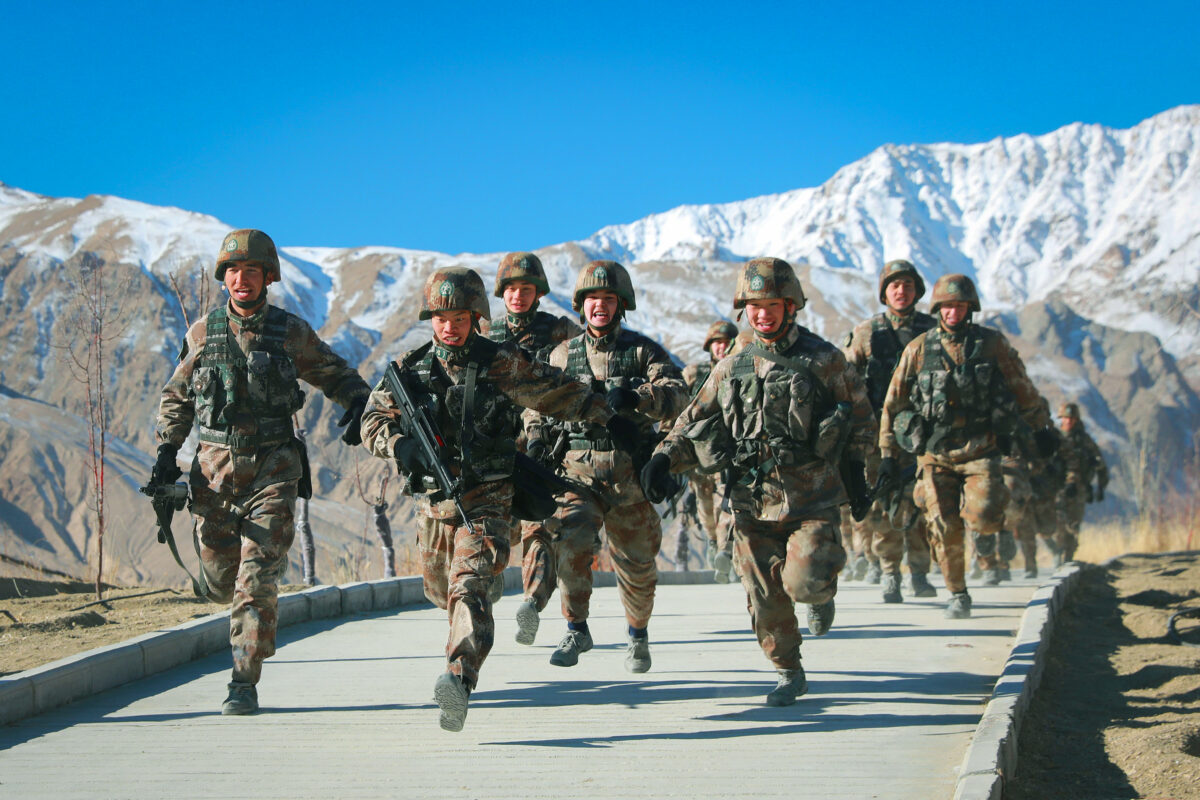 WASHINGTON—The Pentagon has failed to release an annual list of Chinese companies with military ties, triggering concerns that the Biden administration could be hesitating to enforce a Trump era executive order that banned investments in these companies.

The Financial Times reported on May 13 that the Department of Defense missed the deadline on publishing a legally required list of Chinese military companies, citing two people familiar with the matter. The report is crucial for President Joe Biden who has to make a decision on whether Americans could invest in such companies.

Under the National Defense Authorization Act of 2021, Congress directs the Pentagon to identify Chinese military companies through a publicly published list. The deadline for this year’s report was April 15.

A Pentagon spokesperson told the Financial Times that the report would be submitted before October.

In his final weeks in office, former President Donald Trump took swift actions to ban investments in Chinese companies that are tied to the People’s Liberation Army (PLA), a major step in curbing Beijing’s access to lucrative U.S. capital markets.

The investment ban targeted 44 companies identified by the Defense Department as “Communist Chinese military companies” (CCMCs). The order required U.S. investors to divest the securities of these companies and their subsidiaries before the November 2021 deadline.

Trump’s executive order “is a critical tool in preventing the augmentation of the Chinese Communist Party’s military capabilities,” Congressman Scott Perry (R-Pa.) told The Epoch Times in an email.

“If this delay is attributable to the Biden Administration’s hesitancy over keeping the executive order in place, the American people deserve to know that, and the absence of any explanation or communication here is troubling.”

Trump’s order aimed to curb U.S. pension and retirement fund investments in companies that support China’s totalitarian regime. Many of these companies are publicly traded on stock exchanges around the world and are tracked by major indexes such as MSCI and FTSE.

During her confirmation hearing, Secretary of Commerce Gina Raimondo highlighted the importance of the Pentagon’s list in tackling the “substantial challenges China’s military-civil fusion policy poses to U.S. national security.”

U.S. Congress first directed the Pentagon to produce an annual list of military companies with ties to the Chinese regime in 1999. The report, however, was never filed until last year.

“The threat from the Chinese Communist Party is far more urgent than it was two decades ago. America can’t afford more delays. Congress needs to know which firms are tied to China’s military as soon as possible,” he said, urging Congress to pass his bill, Stop Funding the PLA Act, to prevent U.S. investments from flowing to China’s military industrial base.

The Department of Defense officials didn’t immediately respond to a request by The Epoch Times for comment about the delay.

“The challenge is, every day we continue to study the problem is another day where money continues to flow to companies that are engaging in bad behavior,” Rep. Michael McCaul (R-Texas) told The Epoch Times.

Pentagon to Remove Xiaomi From Blacklist

The Department of Defense on May 12 also agreed to remove Chinese smartphone maker Xiaomi from its investment blacklist.

The department early this year had designated the company as having ties to China’s military. In response, Xiaomi filed a lawsuit against the U.S. government, calling its placement “unlawful and unconstitutional.”

In March, a federal judge ordered a temporary halt to the enforcement of the blacklisting, citing insufficient evidence about the company’s ties to the PLA. The Biden administration did not challenge the ruling.

“We were compelled to do this by the court,” Emily Horne, National Security Council spokesperson told The Epoch Times.

“U.S. courts found that the previous administration failed to develop a legally sufficient basis for imposing restrictions on the company and this action was required in light of court rulings,” she said.

However, she also added that “The Biden Administration is deeply concerned about potential U.S. investments in companies linked to the Chinese military and is fully committed to keeping up pressure on such companies.”

Legal experts have been warning Congress for months about the ambiguous language in the defense policy bill that makes it difficult to pinpoint companies connected to the Chinese military.

The problem arises because “the Department of Defense has assumed a fact-finding role, knowing full well the facts may not be publicly available, as governments do not generally publicize their military affiliations,” according to Nazak Nikakhtar, partner at law firm Wiley Rein LLP and former assistant secretary at the U.S. Department of Commerce.

“The litigation risk could have been avoided,” she told The Epoch Times.

It’s a known fact that the Chinese regime, through its national strategy called “Military-Civil Fusion” and other national security laws, uses Chinese companies to help strengthen the PLA, she said.

As stated in her testimony before the United States-China Economic and Security Review Commission in March, Congress could consider amending the defense policy bill to apply “a de jure approach, rather than a de facto approach, for designating CCMCs.”

“This more flexible standard would facilitate the designation of CCMCs by reducing the evidentiary burden on the Department of Defense and would reduce litigation risk for the government as well,” she argued in her testimony.

Otherwise, many other blacklisted Chinese companies could go through the same legal route and challenge enforcement of the blacklisting, she said.

“We know that our adversaries across the globe, especially Communist China, will use every resource available to steal American technology, jobs and intellectual property in an effort to dominate the world,” a spokesperson for Sen. Rick Scott said in an email.

“That is why companies under the influence of our adversaries, such as Xiaomi, DJI, and Huawei, should stay on the entity list.”

“Last quarter, Wall Street diverted $3.4 billion of new American investor money to the Chinese Communist Party, underwriting its engine of environmental destruction, gross human rights abuses against its own people, and military buildup,” Chris Iacovella, CEO of the ASA said in an email.