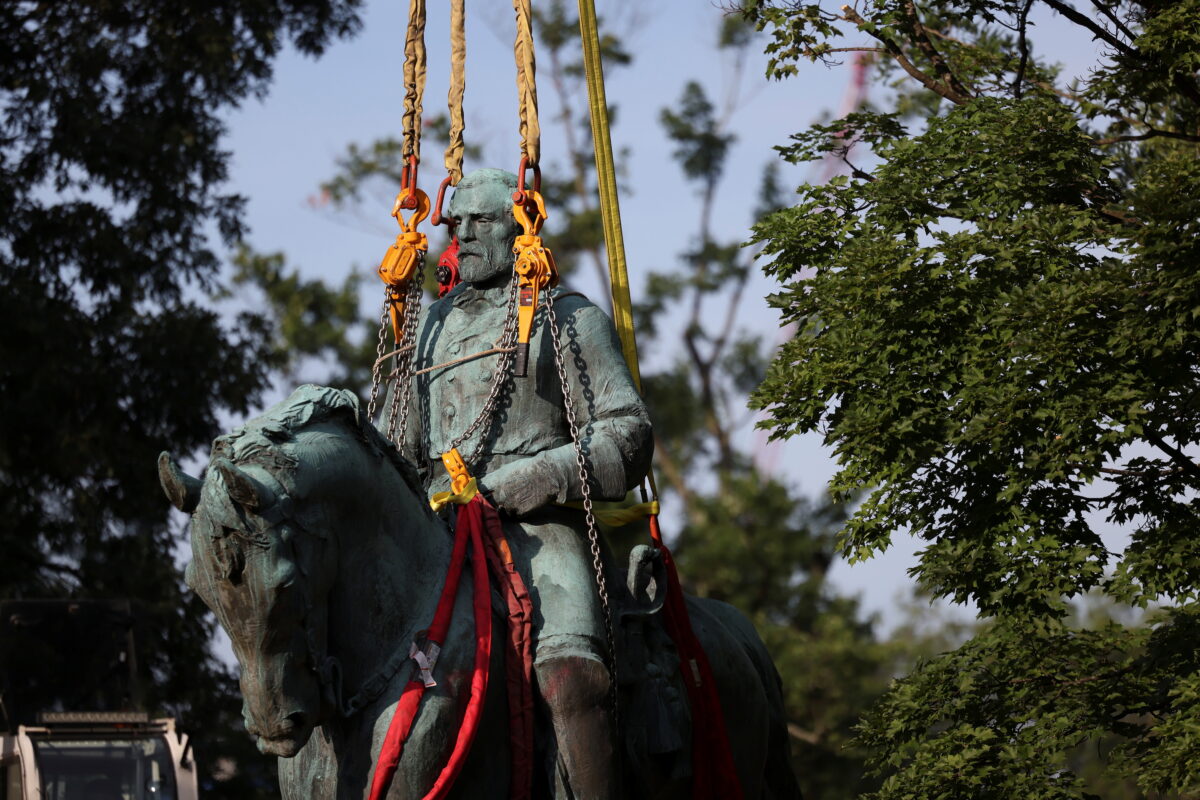 A statue of Confederate General Robert E. Lee was taken down in Charlottesville, Virginia, on Saturday, nearly four years after protests over plans to remove it led to clashes in which a woman was run down by a car and killed.

Shortly after the removal of the Lee statue, a statue of Confederate General Thomas “Stonewall” Jackson was also removed from its base in another city park.

Statues honoring leaders of the pro-slavery Confederate side in the American Civil War have become a focus of protests against racism in recent years.

The college town’s planned removal of the Lee statue in 2017 prompted a rally that turned deadly when a car driven into a crowd by a self-described neo-Nazi killed a counter-protester, 32-year-old Heather Heyer.

Citizens including the Virginia Division of the Sons of Confederate Veterans sued Charlottesville over the removal plans. In April, Virginia’s highest court ruled the city could remove both Confederate statues, overturning a state Circuit Court decision that had upheld the citizen lawsuit.

Charlottesville will keep the statues in storage until it makes a final decision about what to do with them, officials said in a statement on Friday. The city installed protective fencing and designated no-parking zones around the parks in anticipation of Saturday’s removals, the statement said.

Asked whether the city was aware of any planned protests, city spokesman Brian Wheeler said, “an indication of how we feel about this is, we’re inviting the public to join us in the park.”

“We think a lot of our community members really want to be there to see this happen.”