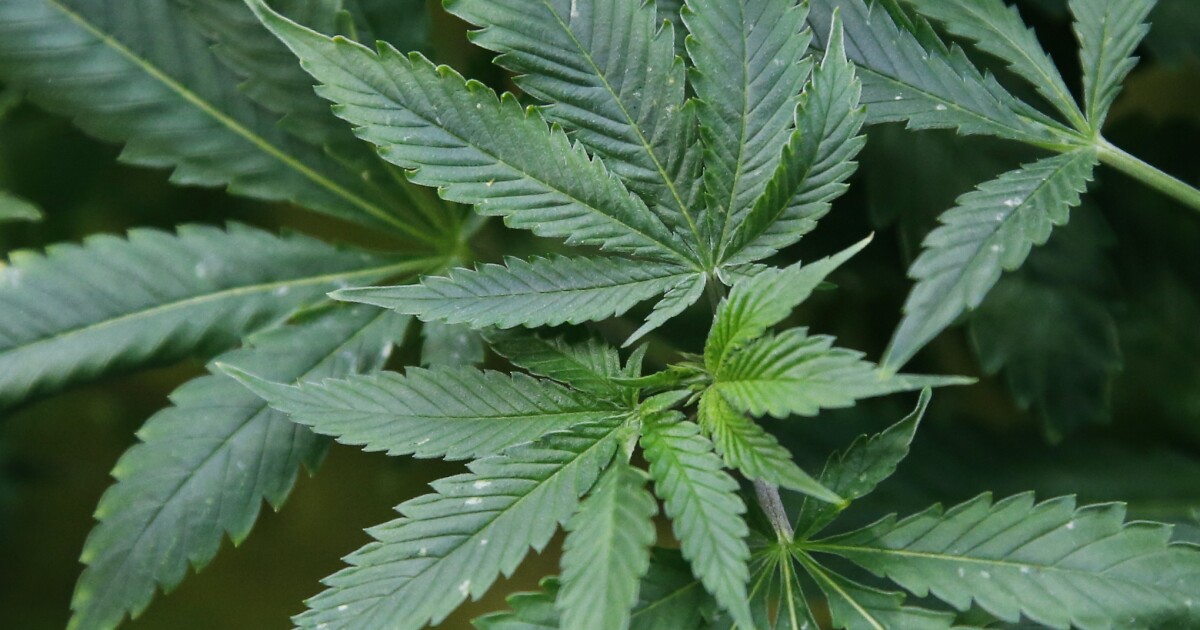 Cannabis activists rallied at the state Capitol building Tuesday as a bipartisan measure to legalize the drug for adult use gains more attention.

Senators Dan Laughlin, R-Erie, and Sharif Street, D-Philadelphia, announced their joint plan in February as both a state tax boon and an overdue social justice reform. The lawmakers took questions from activists during an hourlong panel discussion Tuesday, April 20 – the unofficial cannabis “holiday.”

“This is a long time coming,” Street said. “We recognize for many people who’ve been impacted in a number of ways that the ending of the prohibition of cannabis is long overdue, but we want to do it in a responsible way.”

Sens. Sharif Street, D-Philadelphia, and Dan Laughlin, R-Erie, host a panel discussion with cannabis reform activists at the state capitol on April 20, 2021.
Image courtesy of the Sen. Sharif StreetThe bill would legalize adult-use cannabis, create a state-run system for growing and selling the drug and expunge records for nonviolent cannabis-related offenses. Laughlin and Street said the proposal also prioritizes licensee applicants who’ve suffered disproportionately from the war on drugs and encourages the growth of smaller operations.

“We did not want basically the Phillip Morris of cannabis to roll into Pennsylvania and take over the state,” Laughlin said. “We want this as part of the social equity component of this bill. We want people of color and the communities harmed by the war on drugs to have a legitimate shot at getting into this business and lifting their families out of poverty.”

The Independent Fiscal Office estimates cannabis legalization could generate between $400 million and $1 billion in new state tax revenue. Laughlin said the income could prove beneficial in the state’s economic recovery, which has suffered under a year of pandemic restrictions.

Nationally, he said, the cannabis industry reports a 100% growth rate over the last four years, with jobs created expected to exceed 1 million by 2025.

But it faces likely opposition from Laughlin’s colleagues in the Senate Republican Caucus, who’ve historically stood opposed to the policy. The measure appears even less popular in the Republican-controlled House.

“We will proceed with caution,” Laughlin said. “It’s going to take a lot of phone calls and emails to get moving through the committee process and to the floor for a vote.”

“This being introduced in a bipartisan fashion is a big step in Pennsylvania and we will see where it goes,” he added. “We are committed to moving it.”

Legalization supporters include both Gov. Tom Wolf and Lt. Gov. John Fetterman, the latter of which featured alongside Street and Laughlin at a rally on the Capitol steps Tuesday morning calling for reform.

Fetterman announced his candidacy in early February for Pennsylvania’s open U.S. Senate seat in 2022, six years after losing the Democratic primary for the job in 2016. He’s long been an outspoken advocate for marijuana legalization and completed a statewide listening tour in 2019 where he said a majority of residents supported the policy, too.

“I was the only candidate who said it in 2016, and I’ll keep saying it until we make it happen – let’s make weed legal,” he tweeted Tuesday. “Let’s address the systemic racism in our nation’s drug policy and end the war on drugs.”

But concerns still abound, such as how employers and law enforcement will determine if and when someone is impaired while working or driving. Street, an attorney, said the state should consider an impairment threshold, the same way it does for alcohol consumption.

“By having a legal standard of impairment, we can then require employers to not just look at whether a person has ever used cannabinoids, but are they using on the job? Is their use limiting their ability to work?” he said. “Using it 12 hours before you go to work isn’t going to impair your ability to go to work.

“We want everybody to be responsible,” he continued. “We don’t anyone working or doing dangerous work while high or just doing a bad a job at work, but we also don’t want people to be prohibited from using cannabis just because we can’t tell if they’re impaired or not.