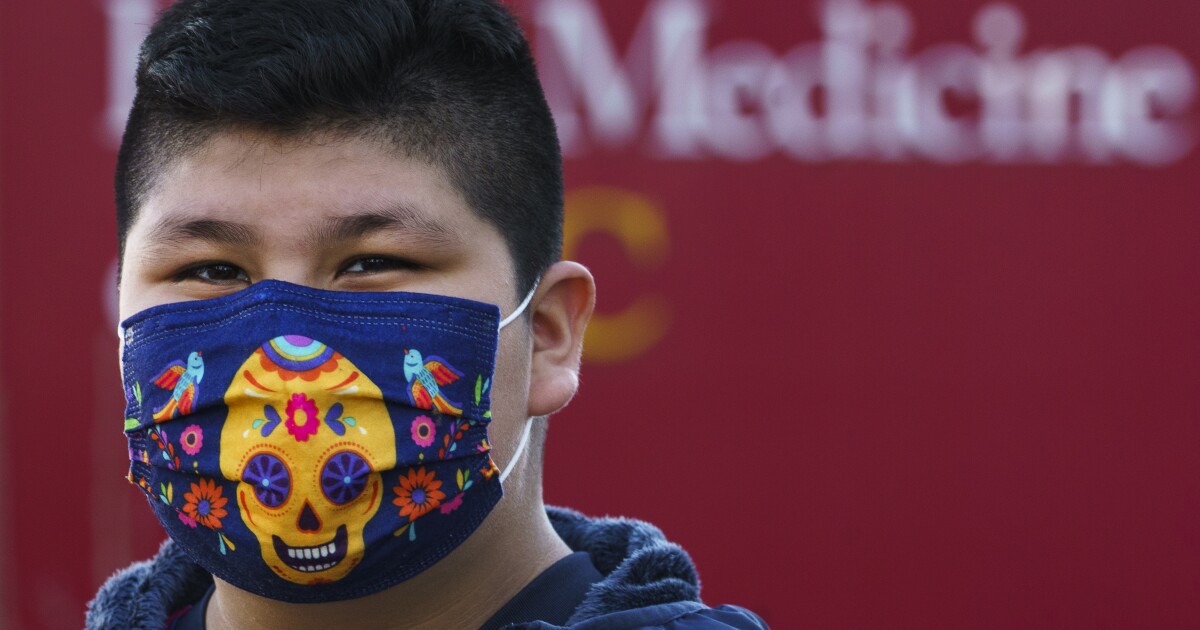 New research on COVID-19 hospitalizations of children in California has found nearly half of them were unlikely to have been because of the disease.

The American Academy of Pediatrics released “Adjudicating Reasons for Hospitalization Shows That Severe Illness From COVID-19 in Children Is Rare” on Wednesday. It was first reported on by New York Magazine.

The report tracked two surveys of “large children's hospitals” in California. Both found broad instances of children being hospitalized because of COVID-19-caused ailments to be exaggerated.

The first found many recorded hospitalizations to have been “unlikely” to be caused by the disease.

“They found that 53 hospitalizations (45%) were unlikely to be due to disease caused by SARS-CoV-2,” the authors said. “Rather, patients were hospitalized for a wide range of other diagnoses, including bacterial infections, scheduled surgical procedures, appendicitis, ingestions, anaphylaxis, and neurologic conditions.”

Of the rest of the 117 hospitalizations, the study found three were asymptomatic and 27 had mild-to-moderate symptoms, with 20 characterized as more severe and mostly tied to Multisystem Inflammatory Syndrome (MIS-C).

In the second hospital, researchers found 14% of the 147 non-MIS-C patients were “significantly symptomatic,” meaning they exhibited respiratory or cardiac symptoms consistent with COVID-19 and requiring respiratory or ICU level support. The rest were either asymptomatic or tested positive after coming to the hospital for another ailment.

“Taken together, these studies underscore the importance of clearly distinguishing between children hospitalized with SARS-CoV-2 found on universal testing versus those hospitalized for COVID-19 disease,” the authors said. “Both demonstrate that reported hospitalization rates greatly overestimate the true burden of COVID-19 disease in children.”

The reported overcount raises questions about the efficacy of school closures that left millions of students learning from less-than-ideal situations often made worse for low-income Californians and minority residents.

The California Department of Public Health wouldn't speak to the revelations, saying, “CDPH does not typically comment on studies in which the department is not involved.”

The state made the Pfizer COVID-19 vaccine available to adolescents as young as 12 on May 12.

In a news release, State Epidemiologist Dr. Erica Pan remarked on the incidence of COVID-19 in children.

“It's important to remember that young people need protection against the severity and ongoing threat of COVID-19,” she said. “California has had more than 500 cases of serious health outcomes among young people resulting from this virus, and cases are increasing among younger Americans and Californians who have not yet had the opportunity to be vaccinated.”