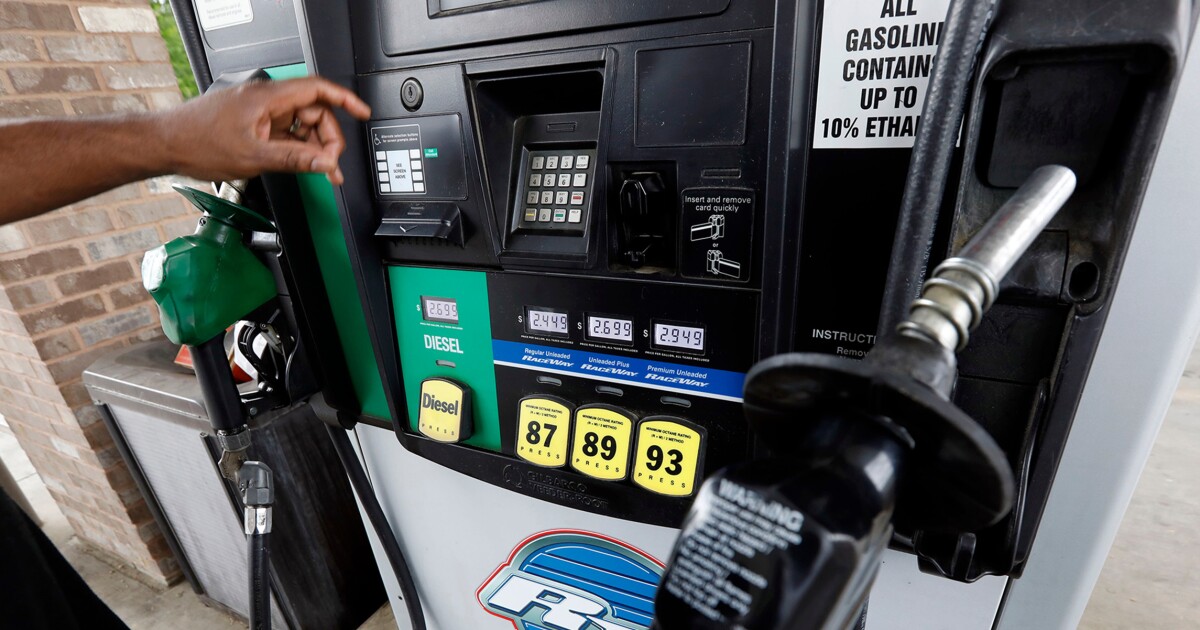 If you’re good at keeping receipts and filing for refunds, the proposed gas tax in Missouri won’t cost you a penny.

“With this particular bill, I believe it makes both sides happy,” said bill sponsor Dave Schatz, R-Sullivan and Senate President Pro Tem, during a Transportation Committee hearing. “I believe it allows those who believe in infrastructure to (support it). Those who prefer not to can get a refund.”

The tax would provide approximately $500 million in additional revenue for the Missouri Department of Transportation to improve roads and bridges. MODOT estimates it needs $745 million as Missouri has the second-lowest gas tax in the nation.

“The men and women of MODOT, who I find to be some of the most dedicated people I have ever worked with, have been fighting inflation for 25 years,” said Patrick McKenna, MODOT director. In the last 10 years, we've produced 4,300 construction projects in this state. They've come in 92% on time and 6% under budget. That's nearly a billion dollars under budget over a 10-year period time. That's a public-private partnership at work every day out on the roadways, trying to maintain the system and bring great value to taxpayers.”

The group backing the tax is big and diverse. Representatives from the Missouri Chamber of Commerce and the AFL-CIO testified in favor of the bill.

“I'm glad you're pointing that out,” said Karen Buschmann, vice president of marketing and communications for the Missouri Chamber of Commerce. “It is significant for the two of us to be working together. This truly demonstrates broad support.”

Jake Hummel, a former Senator, Democrat and now president of the Missouri AFL-CIO, told the Transportation Committee pandemic restrictions slowed the construction industry during the past year. He highlighted the partnership with the Missouri Chamber and said the tax increase would create jobs and help many businesses.

“We’re talking about creating 17,000 new jobs, not only in construction, but in materials, maintenance on those facilities, but also in our manufacturing industry,” Hummel said. “Our manufacturers rely on our network of roads, bridges, ports and airports across the state. When there’s a bridge closed and traffic is snarled, it costs them money.’

During the unanimous Transportation Committee vote on April 27, 10 of the 13 votes were from Republicans. It was approved by the Senate in March by a 21-13 vote. Two Senators voting against agreed more money should be spent on infrastructure, but a gasoline tax wasn’t the appropriate method.

“Public safety is always important and we do need the increase,” Sen. Andrew Koenig, R-St. Louis County, said in an exclusive telephone interview with The Center Square. “Revenues have been stagnant. But we’re sitting on a huge surplus and we’re going to get more CARES Act funding.

“I would rather see some kind of reform – cutting one of the taxes to reduce the burden if we are going to add another tax. The sheer size of this is something I cannot support.”

Missourians currently pay state tax of 17 cents a gallon. If the bill passes, the gasoline tax would increase 73% to 29 cents a gallon by 2025.

“As we’re going through the appropriations process, we’re hearing about record-breaking revenues,” Sen. Denny Hoskins, R-Warrensberg, said during Senate debate. “It sounds like we’re going to be given a lump sum of cash from the federal government. Additionally, the McKinsey report identified about a billion dollars in Medicaid reform that we could use in different places. I just have a hard time voting for an increase in the gas tax.”

“I’m holding out hope our general assembly will see this isn’t too much to ask,” Hawkins said during an interview on This Week in Missouri Politics. “For those of us pulling trailers and driving grain trucks, we’re often white-knuckling it as we look to our right to see if the shoulder is going to crumble.

“This is a tough ask. But our roads are vital for economic development, but also (important) from a safety standpoint. Our families travel these roads and so do school buses.”