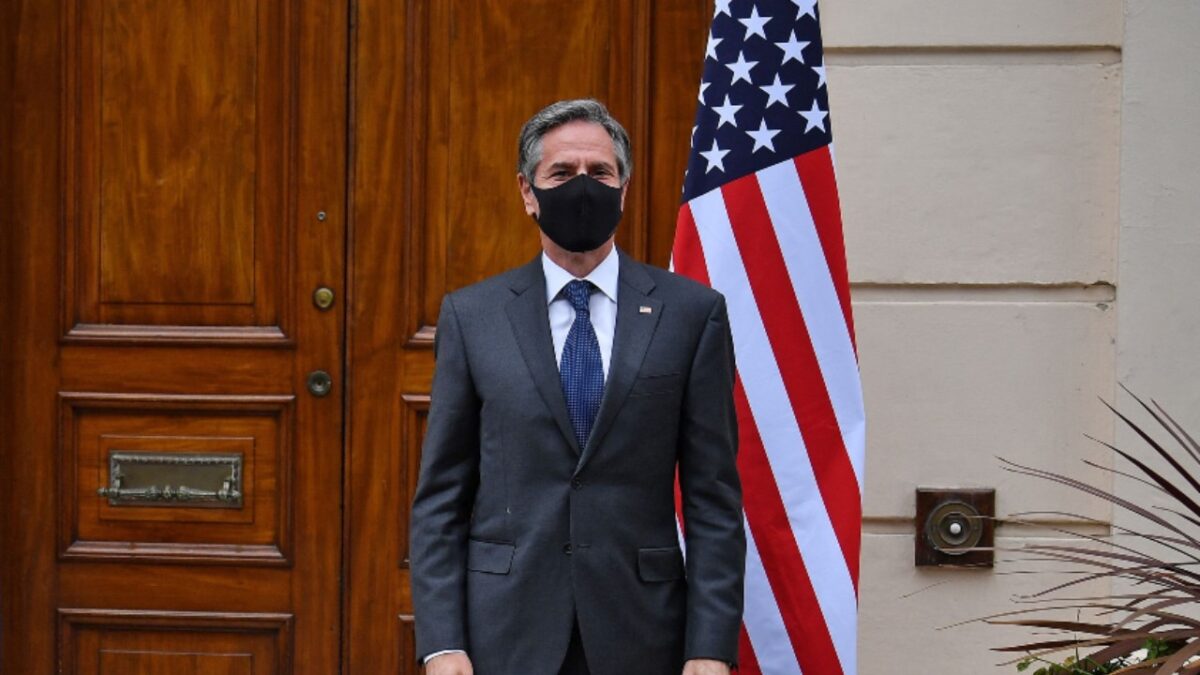 WASHINGTON—Secretary of State Antony Blinken said in an interview that aired on Sunday that the Chinese communist regime had recently acted “more aggressively abroad” and was behaving “increasingly in adversarial ways.”

Asked by CBS News’ “60 Minutes” if Washington was heading toward a military confrontation with Beijing, Blinken said: “It’s profoundly against the interests of both China and the United States, to get to that point, or even to head in that direction.”

He added: “What we’ve witnessed over the last several years is China acting more repressively at home and more aggressively abroad. That is a fact.”

Asked about the reported theft of hundreds of billions of dollars or more in U.S. trade secrets and intellectual property by China, Blinken said the Biden administration had “real concerns” about the IP issue.

He said it sounded like the actions “of someone who’s trying to compete unfairly and increasingly in adversarial ways. But we’re much more effective and stronger when we’re bringing like-minded and similarly aggrieved countries together to say to Beijing: ‘This can’t stand and it won’t stand.'”

The Chinese Embassy in Washington did not immediately respond on Sunday to a request for comment on Blinken’s interview.

The commitments were part of the sweeping deal between former President Donald Trump’s administration and Beijing, which included regulatory changes on agricultural biotechnology and commitments to purchase some $200 billion in U.S. exports over two years.

Blinken arrived in London on Sunday for a G7 foreign ministers meeting where China is one of the issues on the agenda.

In the interview, Blinken said the United States was not aiming to “contain China” but to “uphold this rules-based order—that China is posing a challenge to. Anyone who poses a challenge to that order, we’re going to stand up and defend it.”

Biden has identified competition with China as his administration’s greatest foreign policy challenge. In his first speech to Congress last Wednesday, he pledged to maintain a strong U.S. military presence in the Indo-Pacific and to boost U.S. technological development.

Blinken said he speaks to Biden “pretty close to daily.”

Last month, Blinken said the United States was concerned about the Chinese regime’s aggressive actions against Taiwan and warned it would be a “serious mistake” for anyone to try to change the status quo in the western Pacific by force.

The United States has a long-standing commitment under the Taiwan Relations Act to ensure that self-governing Taiwan has the ability to defend itself and to sustain peace and security in the western Pacific, Blinken said.

Taiwan has complained over the past few months of repeated missions by China’s air force near the island.