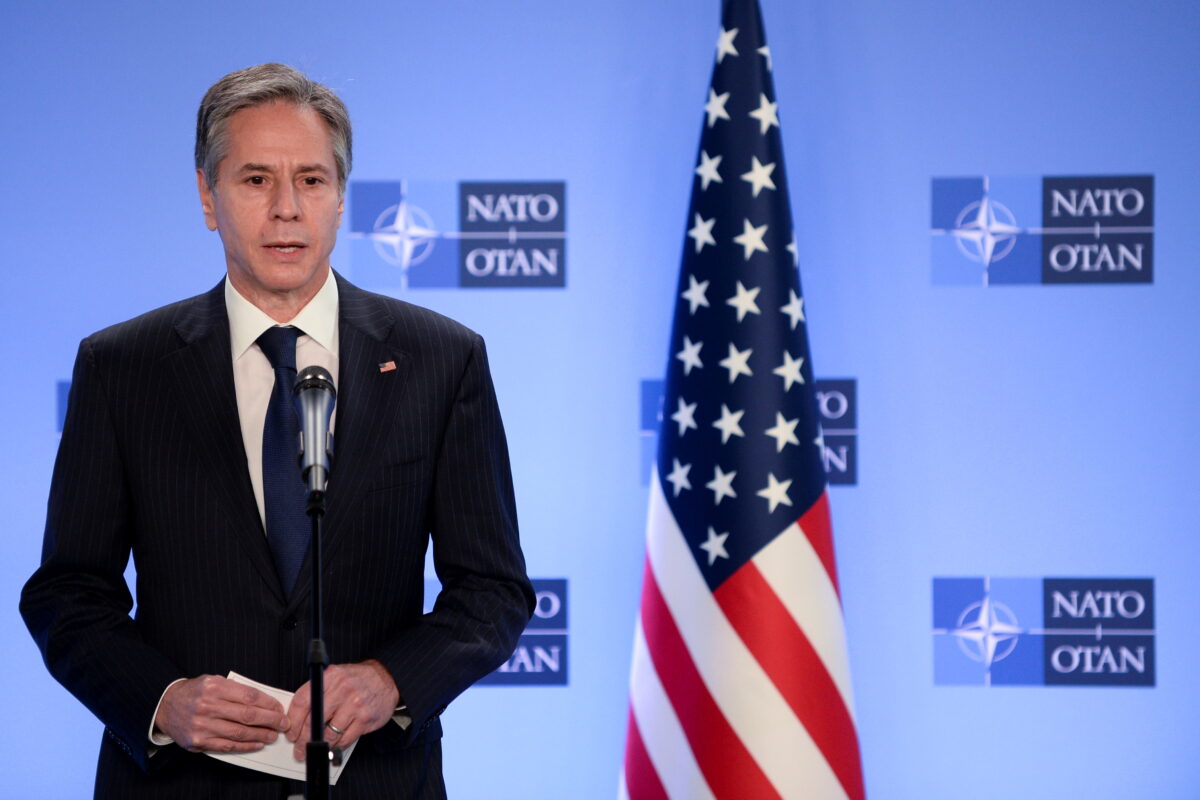 Secretary of State Anthony Blinken, in an interview with ABC on Sunday, defended the Biden administration’s decision to maintain Trump-era refugee caps amid capacity constraints.

“It’s going to be very hard to meet the 62,000 this fiscal year,” Blinken said of the Biden administration’s earlier goal for refugee admissions, after being asked about Friday’s directive to keep the Trump administration’s cap of 15,000.

President Joe Biden stated in the directive that the admission of up to 15,000 refugees this fiscal year, which ends on Sept. 30, “is justified by grave humanitarian concerns and is otherwise in the national interest.”

Biden justified the lower cap by citing “an unforeseen emergency refugee situation … due to new or increasing political violence, repression, atrocities, or humanitarian crises” in a number of countries, as well as “changing conditions caused by the coronavirus disease 2019 pandemic.”

While the directive remained silent on the influx of illegal immigrants, with apprehensions in March surging to 172,000, Biden acknowledged the problem when asked Saturday after golfing in Wilmington, Delaware.

“The problem was that the refugee part was working on the crisis that ended up on the border with young people. We couldn’t do two things at once. But now we are going to increase the number,” he said, referring to his intention to raise the cap in May.

Biden’s use of the word “crisis” was a rare admission of the severity of the border surge. Republicans have long insisted on calling the influx of illegal immigrants a crisis in their criticism of the Biden administration’s decision to roll back some Trump-era border policies, a move they and some experts argue is fueling the border surge. The White House has avoided using the term in its communications, opting instead to call it a “challenge,” while blaming former President Donald Trump’s policies for leaving the refugee admissions program “decimated.”

“The refugee system that we found was not in place, did not have the resources—the means—to effectively process as many people as we hoped,” Blinken told ABC.

Blinken added that the Biden administration would “revisit [the cap] in the middle of May,” while declining to speculate what number above 15,000 it might be raised to, or whether he believes the administration will hit its target of 125,000 refugee admissions in the following fiscal year.

It followed a statement issued by White House press secretary Jen Psaki, who said Biden would “set a final, increased refugee cap for the remainder of this fiscal year by May 15.”

Biden’s decision to keep the Trump-era cap was met with blowback from advocacy groups and top Democrats on Capitol Hill, such as Sen. Dick Durbin (D-Ill.), who called the limit “unacceptable.”

Eric Schwartz, president of Refugees International, an advocacy group, said in a statement that Biden’s “decision to reaffirm the refugee admissions ceiling of his predecessor is deeply disappointing, and makes the Trump and Biden administrations jointly responsible for the lowest ceiling since the start of the U.S. Refugee Admissions Program some four decades ago.”

“Refugees who have been fully vetted by U.S. officials will now continue to wait in vulnerable situations, as this decision leaves them in continued limbo,” Schwartz added.