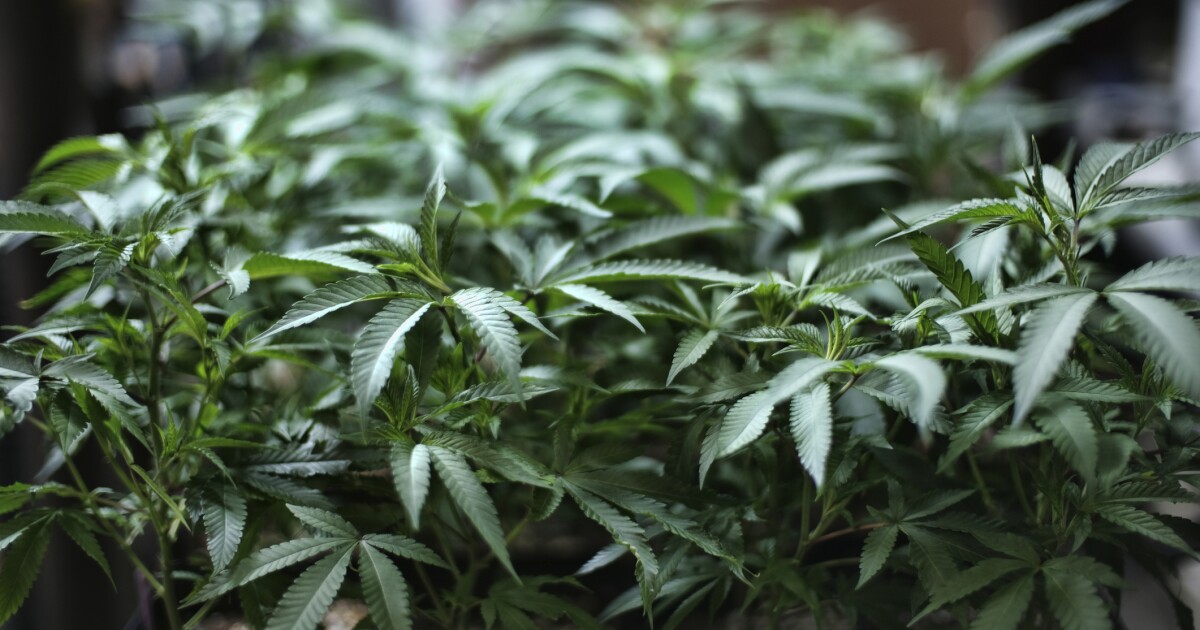 A bipartisan push to create advertising and labeling regulations on Arizona’s fledgling recreational cannabis industry is in limbo.

House Bill 2809 contains labeling rules that resemble requirements for cigarette and alcohol purveyors, requiring warnings about cannabis use when pregnant or breastfeeding and limiting marketing that would be considered attractive to children.

The bill passed nearly unanimously in the House on Feb. 23, but it has made only a few steps toward passage in the Senate, something that must happen in the final days of session if it’s to be sent to Gov. Doug Ducey for consideration.

“This is something that is strong in my heart from my own teenage years,” bill sponsor Rep. Joanne Osborne, R-Goodyear, said last month during a committee hearing. “Friends and family members have struggled with addiction, and the fact that no one will ever be able to tell me that this isn’t a gateway drug to something else.”

Under HB 2809, a cannabis purveyor would be allowed to advertise but not sponsor any events of an athletic, musical or cultural nature. It also bans any advertising within a mile of a K-12 school, something Osborne told The Center Square on Tuesday is the reason for the bill sitting idle.

Lamar Outdoor Advertising, a marketing company that owns billboards in Arizona, is listed as opposed to the legislation. The company has not responded to calls or emails about its opposition to the bill or Osborne’s comments.

Clear Channel Outdoor, another billboard marketing company, said it was neutral on the legislation. Curaleaf Holdings, the nation's largest cannabis company, also is listed as opposed. The company has used Lamar for its billboard campaigns.

Smart and Safe Arizona, the organization that championed the Yes on 207 campaign that legalized recreational cannabis, paid for several social media campaigns opposing the bill and two others. It said HB 2809 is “a violation of the Voter Protection Act and the Arizona Department of Health Services (DHS) already has the explicit authority to regulate marijuana policies and oversight in the interest of Arizonans' public health and safety.”

A circuit court judge in San Luis Obispo County, California, ruled last November that cannabis billboard advertising was illegal if it sits on an interstate or state highway that crosses the state line.

It’s illegal to advertise cannabis products in Colorado that are “visible to members of the public from any street, sidewalk, park or other public place,” including billboards. It’s the same in Delaware, Montana, New Jersey and other states.

Illinois, the first state to pass recreational cannabis laws via the legislative process, bans cannabis advertising less than 1,000 feet from a school but also includes a “playground, recreation center or facility, child care center, public park or library, or any game arcade admission to which is not restricted to persons age 21 years or older.” California has a similar 1,000-foot restriction.

Members of the medical community stressed in previous Arizona legislative committee hearings the importance of restricting cannabis messaging that not only reaches children but is tailored in a way that’s attractive to them.

“Studies show that when youth are exposed to advertising of cannabis, they think of it in a more positive light and are more likely to use it,” said Dr. Gary Kirkilas, a Phoenix pediatrician and expert on alcohol, tobacco and cannabis advertising on youth. “At the very least, [HB2809] should be considered so that we hold cannabis to the same rules that we hold tobacco to.”