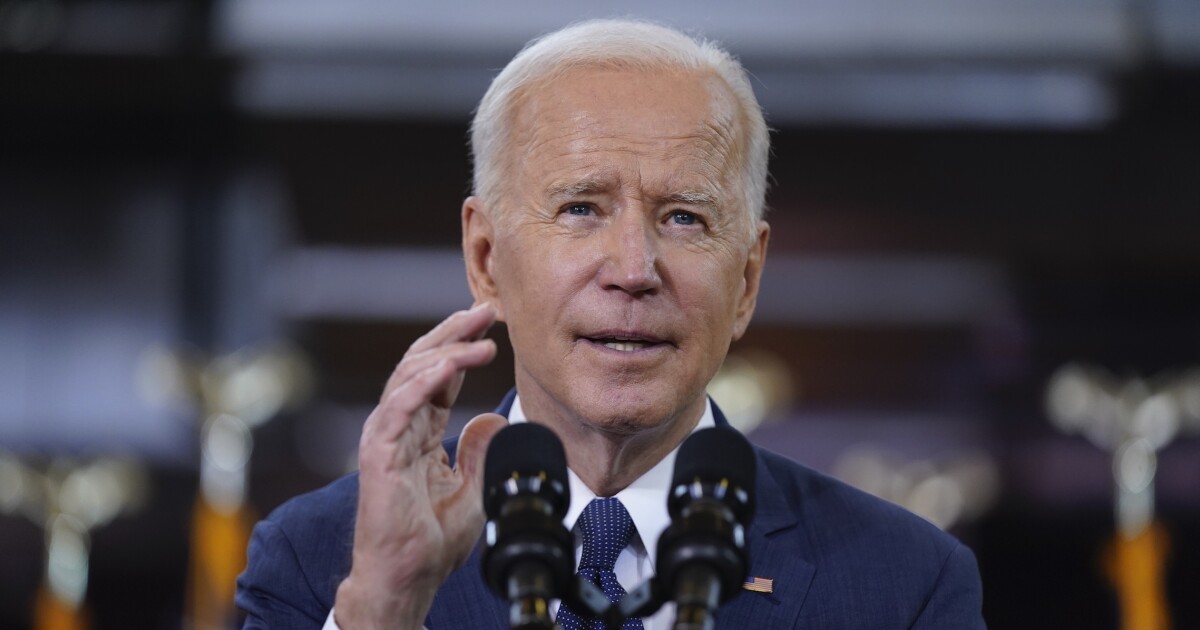 When President Joe Biden recently announced a $2.3 trillion spending plan, on the heels of the nearly $2 trillion bailout bill enacted in March, some Democrats in Washington complained. Their complaints: The price tag was not big enough, and the Washington power grab was not ambitious enough.

These are the same folks who, since taking back the majority in the U.S. House of Representatives in 2018, have presided over roughly $9 trillion being added to the national debt, which is more than the combined deficits under all previous 72 years of Republican majorities in the House. At $2.3 trillion, the cost of what the president is proposing for his so-called “infrastructure” plan is four times what the country spent in today’s dollars to build the national interstate highway system. Clearly, Biden will never be able to spend enough to satisfy Washington Democrats. But that does not mean he will not try.

Instead of looking out for the country's working class and working in a bipartisan fashion on a targeted and cohesive transportation and infrastructure plan, the president has produced a massive laundry list of policies that will further entrench Washington politicians in the lives and livelihoods of the public.

Less than 6% of Biden’s $2.3 trillion plan goes toward roads and bridges. Less than 2% goes to upgrade and repair America’s waterways, lakes, dams, ports, and airports. And while the Biden administration likes to cite expanding broadband as a priority, an idea that has bipartisan support, the administration devotes less than 5% of funding to it. In fact, the president’s plan would spend 74% more on subsidies for electric vehicles than for broadband.

Increasing federal command and control is ultimately the goal — using taxpayer dollars to make families, companies, and communities further dependent on Washington. A conversation about that would be an honest version of the debate that is unfolding.

We already know that Washington Democrats are not going to be satisfied with just this latest $2.3 trillion in spending. The Biden administration has previewed that a third, roughly $2 trillion, tranche is coming in short order. This one will apparently require even more social engineers than structural engineers.

All this spending will be accompanied by hundreds of billions in borrowing and trillions in tax increases. The last thing that a growing economy and growing generations need. Borrowing empowers the Chinese Communist Party, which owns a sizable portion of the country’s debt already. Pulling money out of the economy and out of the pockets of the public to launder through the Washington machine and push back out based on political priorities only further benefits the political class at the expense of the working class. It also will invariably materialize as lower wages for workers, heavier burdens on small businesses, and fewer jobs in America.

The Biden administration might try to sell its plan as roads, bridges, and broadband, but the numbers do not lie. When it comes to investing in the country’s infrastructure, repairing roads and bridges use to be the point. Now, it is merely the talking point.

Jason Smith represents Missouri’s 8th Congressional District in the U.S. House of Representatives and is the Republican leader of the House Budget Committee.