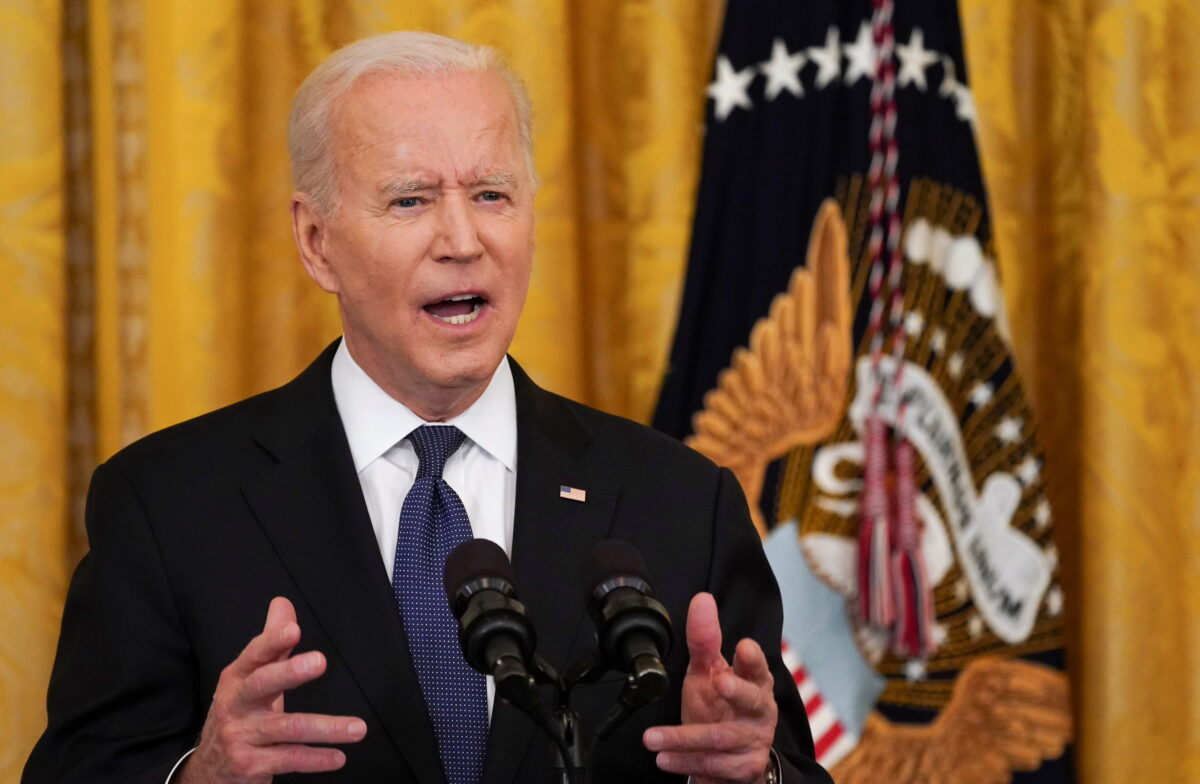 President Joe Biden on Thursday pledged to provide support to Israelis and Palestinians following the announcement of a mutual ceasefire at a time to be determined between Israel and the Hamas terrorist group.

Biden said during a press conference that the United States will replenish Israel’s Iron Dome missile defense system, which helped destroy Hamas rockets fired into the Jewish nation. He also said that his administration will work with the Palestinian Authority, which lost rule of the Gaza Strip to Hamas in the Gaza War of 2008-2009, to provide humanitarian relief for the people of Gaza and Gaza reconstruction efforts.

“I believe the Palestinians and Israelis equally deserve to live safely and securely and enjoy equal measures of freedom, prosperity and democracy,” Biden said.

“My administration will continue our quiet, relentless diplomacy toward that end, I believe we have a genuine opportunity to make progress and I’m committed to working for it.”

This comes after Israeli Prime Minister Benjamin Netanyahu confirmed that officials have agreed on a ceasefire with Hamas after 11 days of conflict.

A statement from his office said that his security cabinet ministers agreed to “accept the Egyptian initiative for a mutual ceasefire without any conditions, which will go into effect at an hour that will be determined later.”

Netanyahu previously said in a statement to media that he was “determined to continue this operation until its objective is achieved” in an effort to “to restore quiet and security to you, the citizens of Israel.”

An official with Hamas, a designated terrorist group since 1997, told Reuters they would enter a “mutual and simultaneous” Gaza truce at 2 a.m. on May 21.

Biden also credited the Egyptian President Abdel Fattah Al-Sisi for playing a key role in breaking up the protracted conflict.

The U.S. president commended the efforts for peace while also reiterating his support for Israel’s right to defend itself and the Jews and Arabs living within its borders from missile attacks from terrorist groups.

Amid the conflict, Hamas fired more than 4,000 rockets into Israeli civilian areas beginning on May 10. Israel responded with hundreds of airstrikes and several ground strikes to take down the offending and supporting Hamas infrastructure.

Violence continued until minutes before the ceasefire deadline. Around 1:50 a.m. local time, the Israel Defense Force issued a statement on social media stating “more rockets are being fired at southern Israel from Gaza.”

Hamas has linked its rocket assault to weeks of tensions over a court case to evict several Palestinian families in East Jerusalem, and in retaliation for Israeli police responding to Palestinian rioters who Netanyahu’s office said planned the unrest near the city’s Al-Aqsa Mosque, Islam’s third holiest site, on May 10 during the Muslim holy month of Ramadan.

Israel and Hamas have waged multiple conflicts since the terrorist group took control of Gaza in 2007. Israeli airstrikes in retaliation to rockets attacks from terrorist groups in Gaza are not rare.

At least 230 Palestinians have been killed and 1,710 people were wounded, according to the Gaza Health Ministry, although it doesn’t separate the numbers into civilians and fighters. Hamas and fellow terror group Islamic Jihad stated that at least 20 of their members were killed, while Israeli officials have placed that number as being much higher.

Twelve people in Israel, including a 5-year-old boy, a 16-year-old girl, and a soldier, have been killed. The military said an anti-tank missile fired from Gaza hit an empty bus near the frontier on May 20, lightly wounding an Israeli soldier.

Jack Phillips and the Associated Press contributed to this report.