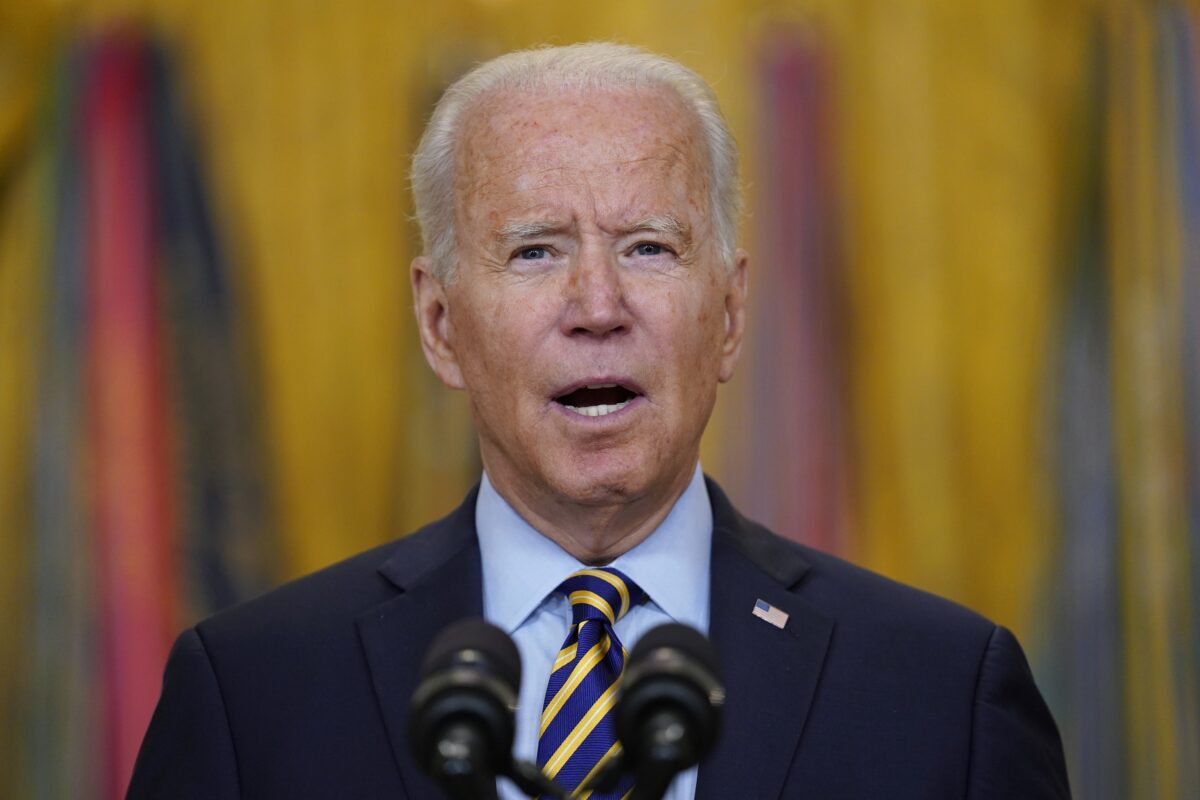 “For decades, corporate consolidation has been accelerating. In over 75 percent of U.S. industries, a smaller number of large companies now control more of the business than they did 20 years ago. This is true across healthcare, financial services, agriculture, and more,” the White House said in a fact sheet released before the signing ceremony.

“That lack of competition drives up prices for consumers. As fewer large players have controlled more of the market, mark-ups (charges over cost) have tripled (pdf). Families are paying higher prices for necessities—things like prescription drugs, hearing aids, and internet service.”

The order includes 72 initiatives by over a dozen federal agencies that will help promote competition, the Biden administration says.

One key area is addressing big tech firms, which include Facebook and Google’s parent company Alphabet. The order takes aim at so-called killer acquisitions, or how big tech companies buy up potential competitors, by increasing scrutiny of such purchases or mergers. The administration is also accusing big tech platforms of gathering too much personal information and is directing the Federal Trade Commission to establish rules on surveillance and data accumulation.

Pushback against Big Tech is one of the few areas Republicans and Democrats agree action is needed, though they sometimes differ on how to approach the issue.

Aurelien Portuese, director of antitrust and innovation policy at Information Technology and Innovation Foundation (ITIF), said the order shows “the White House is attempting to meddle into the work of federal antitrust agencies” and urged the administration to make sure agencies properly enforce existing laws instead of trying to implement new rules.

Monica Crowley, former assistant secretary for the Treasury Department, said during an appearance on Fox News Friday that she was surprised to see the “pro-competition moves” and was pleased that the order included action on Big Tech, ocean shipping, and railroads.

“I’m hopeful. My only concern is that anytime government intervenes in any aspect of the economy, it tends to work the market and have unintended consequences,” she added later.

While the Biden administration’s alleged monopoly in the United States has been rising, prompting the initiatives, the ITIF, a think tank, said that industries are not growing more concentrated.

“Only 4 percent of U.S. industries are highly concentrated, and the share of industries with low levels of concentration grew by around 25 percent from 2002 to 2017,” Portuese said in a statement.